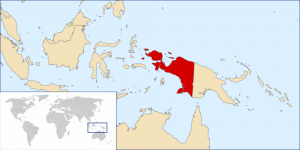 West Papua is the western half of the island of New Guinea, bordering the independent nation of Papua New Guinea. It lies just 200km north of Australia. The land comprises a large mountainous interior, forest lowlands, large areas of coastal mangrove swamps and is surrounded by numerous small islands and coral reefs. 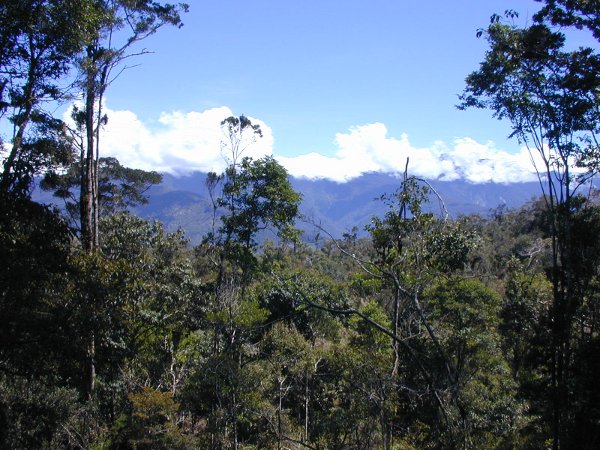 The island of New Guinea is still largely covered in virgin rainforest, second only in size to the Amazon. It represents an area of extremely rich biodiversity. Plant and animal species unknown to the non-native population are still regularly ‘discovered’. It is home to many unique species, including rare orchids, birds of paradise and tree kangaroos.

West Papua is home to over 250 diverse tribes, all speaking their own unique languages with unique cultures. The majority of the indigenous population still live traditional subsistence lifestyles. Tribes living high in the mountainous interior practice small scale agriculture, cultivating yams and sweet potatoes and keeping pigs. In the coastal lowlands a hunter gatherer lifestyle is led, with sago and fish making up large parts of the diet. 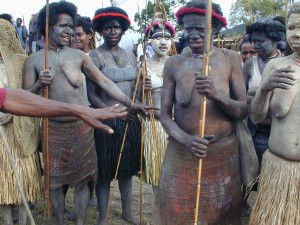 Over the last fifty years Indonesia has carried out a social engineering project on a massive scale by relocating hundreds of thousands of people from across Indonesia to live in camps cut into the forests of West Papua. This program of transmigration has long been heavily criticised and has brought problems for both the indigenous population and transmigrants alike. As a result the population of West Papua in 2010 was around 3.5 million people, with an estimated split of almost 50% Papuan and 50% non-Papuan. A few large towns have appeared as the major population centres across West Papua, attracting both indigenous and migrant residents alike. The largest of these is Jayapura, the capital of West Papua on the north coast. Other large towns include Wamena in the central highlands, Manokwari on the birds head peninsula and Timika in the south serving the giant Grasberg mine.

A huge programme of missionary activity over the last fifty years has seen almost the entire indigenous Papuan population take on the Christian religion whilst still keeping many traditional beliefs alive.

During colonial times when the territory was colonised by the Dutch, West Papua was known as Netherlands New Guninea. As the Dutch began to prepare the people for independence, the name of the emerging independent state was West Papua. Following the Indonesian invasion in 1962 till 2000, West Papua was named Irian Jaya by the Indonesians. This name was strongly disfavoured by the indigenous population who refuted Indonesian rule and continued to push for recognition of West Papua as an independent state. In 2000 in a failed attempt to try to appease independence aspirations, Indonesia instigated a special autonomy package and renamed the entire province to Papua. Even more confusingly, in 2003 the Indonesian government separated the land into two provinces: Papua and West Papua. All this naming and renaming only seeks to confuse and divert attention from the central issue which is that the people of West Papua have still been denied their right to self determination and as such Indonesia should have no legal right to control the territory. The overwhelming majority of the Papuan people would like to see an independent West Papua and the aim of the Free West Papua Campaign is to help them have this aspiration recognised.

Despite parts of West Papua being unknown to the outside world before the 1960s, the modern world is now arriving. Many Papuans now have access to mobile phones and the internet and are using this technology to coordinate their struggle for freedom and to communicate to the rest of the world. Many young people have left their villages to study at universities across West Papua and Indonesia and are interacting with Indonesians and the global community to gain support for their struggle for freedom.