We have received urgent reports from the West Papua National Committee (KNPB) that on 7th January at 09:13 (West Papua time), the Indonesian police came to their Maybrat regional office and demanded to know why it was raising the KNPB flag (which depicts half of the West Papuan flag). 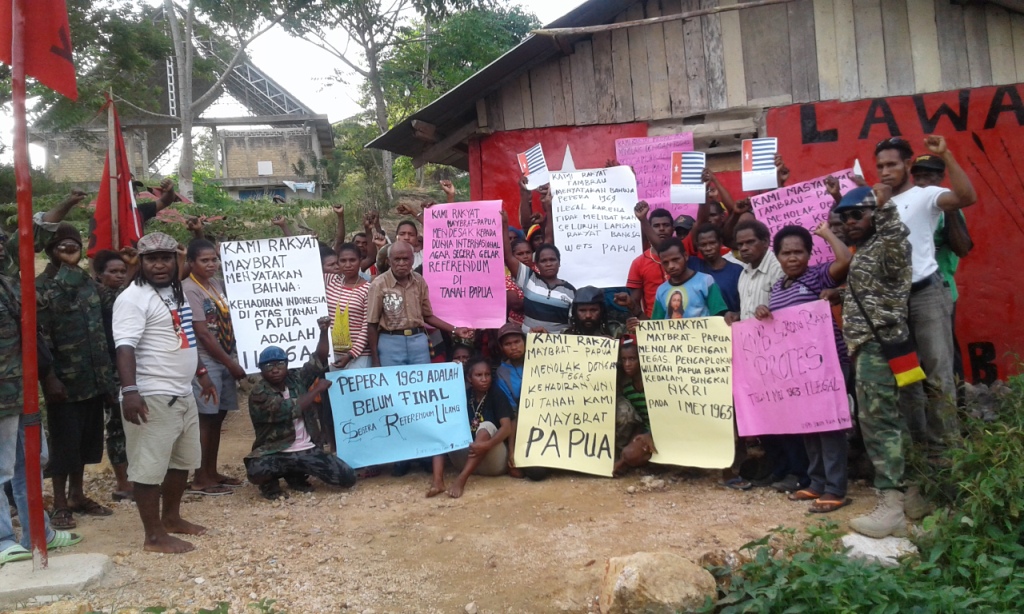 The West Papua National Committee (KNPB) in the Maybrat Region in May 2016. Photo: KNPB.

Then at 15:00, 14 KNPB activists were arrested by the Indonesian military and police in Kisor and were taken to the Indonesian police station in Aifat. They were returned at 22:00 in the night.

The names of those who were arrested are:

Once again the arrest of peaceful activists by the Indonesian military and police illustrates the institutional disregard for freedom of expression in West Papua by the Indonesian Security Forces. The Indonesian authorities are only too willing to deny and suppress the rights of people just for flying a flag, in an attempt to intimidate them from campaigning for freedom.