On 10th December, people around the world mark International Human Rights Day, a day to reflect and remember our fundamental human rights and those who have suffered and died and continue to suffer and die for these fundamental rights of all human beings to be fully recognised and respected. 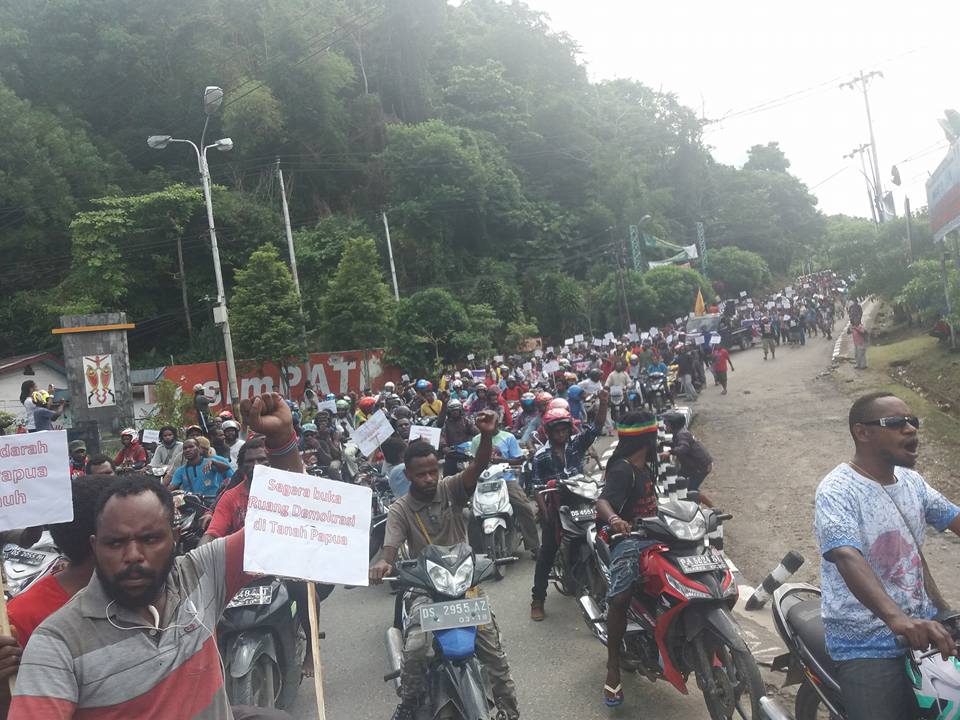 This year, people across West Papua held demonstrations right around the country calling for their fundamental human rights, including their right to self-determination, to be upheld and respected. Gatherings drew hundreds to thousands of people and were held in Port Numbay (Jayapura), Sorong, Dogiyai, Sentani, Merauke, Wamena, Mamberamo, Timika and Biak. 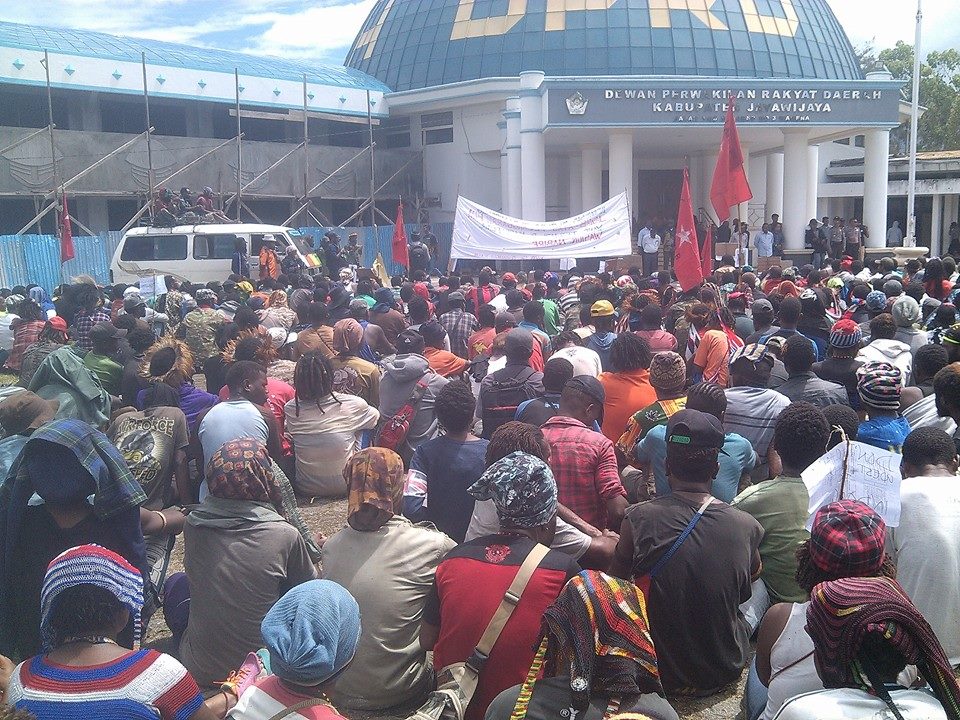 Most of these demonstrations were held by the peaceful resistance movement, the West Papua National Committee (KNPB), which is banned in West Papua. The Indonesian military, police and special forces tried to block and disperse as many of these demonstrations as possible. In Merauke, people protested outside the local parliament building where Indonesian police armed with rattan canes flocked outside, under a banner reading “Merry Christmas and a Happy New Year”. 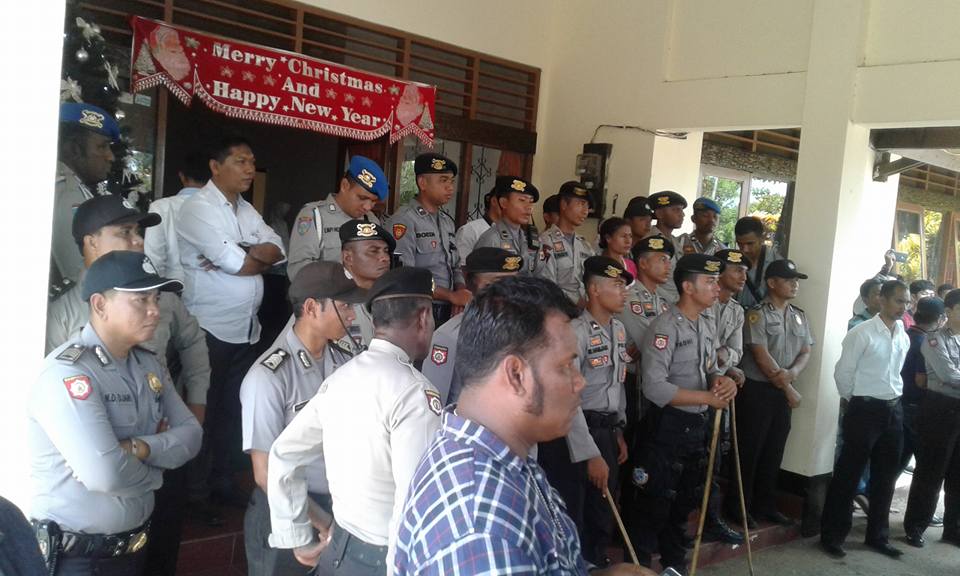 Solidarity demonstrations were also held by West Papuans and Indonesians in several Indonesian cities including Manado, Jakarta and Ternate. These were organised by the West Papuan Students Alliance (AMP) and the Indonesian People’s Front for West Papua (FRI-West Papua).

More photos from the demonstrations held across West Papua and Indonesia can be seen below.

According to the West Papua National Committee (KNPB), and a video testimony by Daniel himself, at approximately 03:30 in the morning (West Papua time), Daniel Wuniw was shot by suspected members of the Indonesian Special Forces (Kopassus).

According to Daniel, he and his girlfriend were travelling on a motorbike, on the Nowari road near Merauke, coming back to her house on the Kudamati road when they were suddenly met by 2 members of the Indonesian Special Forces in plainclothes, one of whom was holding a pistol. They demanded that Daniel stop and get down from his motorbike which he refused to do. The pair were chased and eventually one of the Indonesian men shot Daniel in the leg. 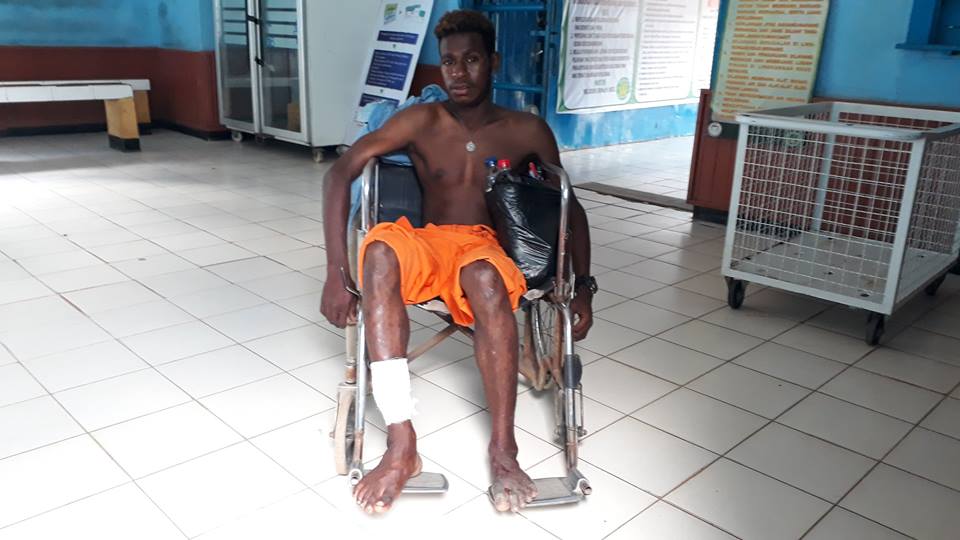 Daneil says that he did not know he had been shot until he arrived at his friend’s house to seek refuge and suddenly realised that his legs were covered in blood and that he was unable to stand. Daniel fell down and his friends immediately took him to the Merauke hospital where he is currently in the intensive care unit and using a wheelchair.

We fully condemn this brutal attack on yet another innocent West Papuan child, just weeks after Izak Kua, a West Papuan youth was tortured to death by the Indonesian military in the area. Such repressions and human rights violations on International Human Rights Day illustrates the climate of terror, immunity and violence implemented on the people of West Papua by the Indonesian military, police and special forces.

Stand in solidarity with the people of West Papua by helping to Take Action today.