On Saturday December 1st at least 595 people were reported to have been arrested, and many wounded.

Listed above are the numbers of detainees as of morning December 3rd. As details become available and reports confirmed, we expect these numbers to fluctuate.

As evidenced in this BBC  video the majority of Papuans, and all groups formally organized under the umbrella of the United Liberation Movement for West Papua, are committed to securing their freedom through peaceful resistance. The BBC video from the rally in Surabaya clearly shows that in the face of counter protesters and heavily armed police, the Melanesian people remained passive. With aggression surrounding them they are seen here cooperating with police, staying in formation, and stoically singing their songs of freedom.

We call on Indonesia to take the following actions: 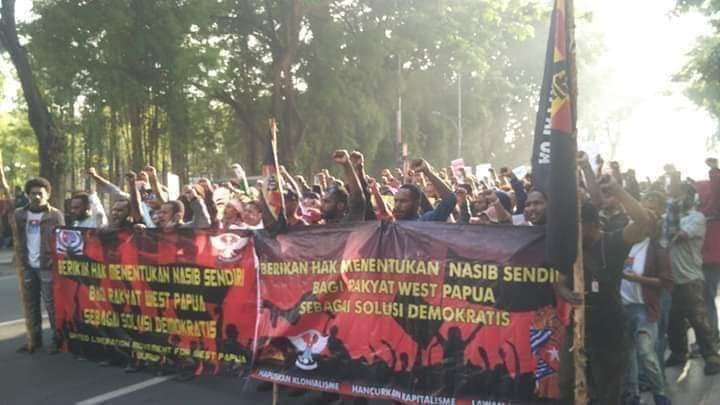