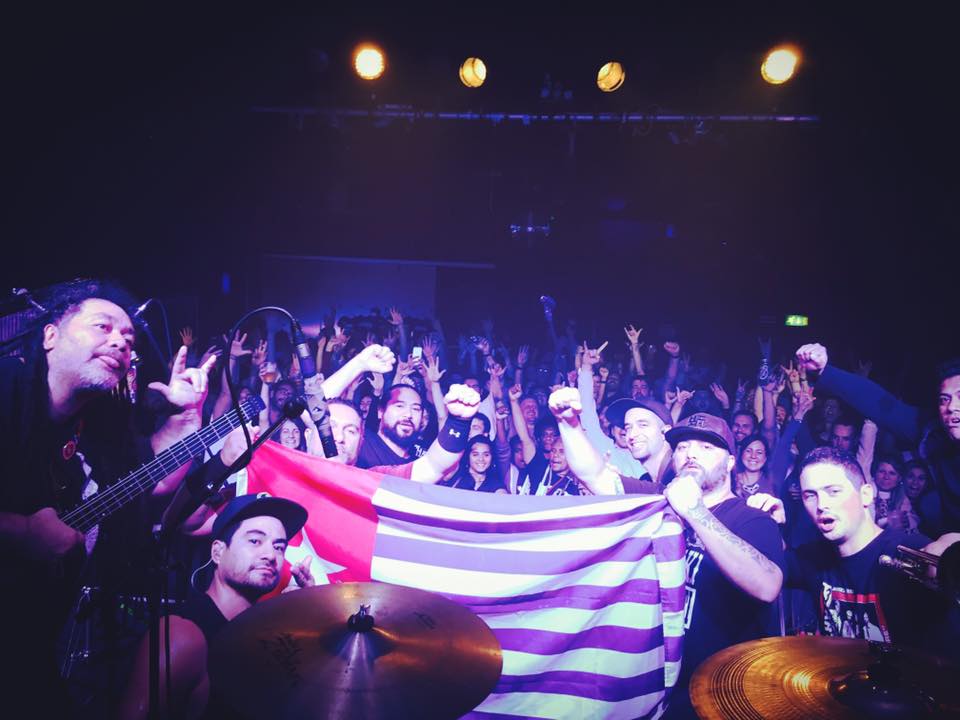 Katchafire are known around the world as an inspiring reggae band and are also Free West Papua supporters, performing in 2015 in London with Free West Papua T-Shirts on stage. During last night’s concert, they took the West Papuan flag on stage and gave a Free West Papua shout out, asking the crowd to raise their fists in the air for a photo! 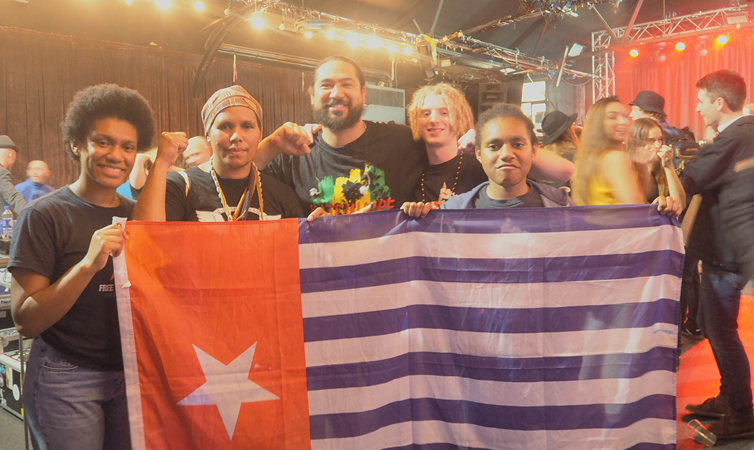 On 3rd November, Katchafire also performed in Amsterdam, Netherlands and once again raised the West Papuan flag on stage in solidarity with the people of West Papua!

They also met with Oridek Ap and his wife from Free West Papua Campaign Netherlands, and raised the flag together. 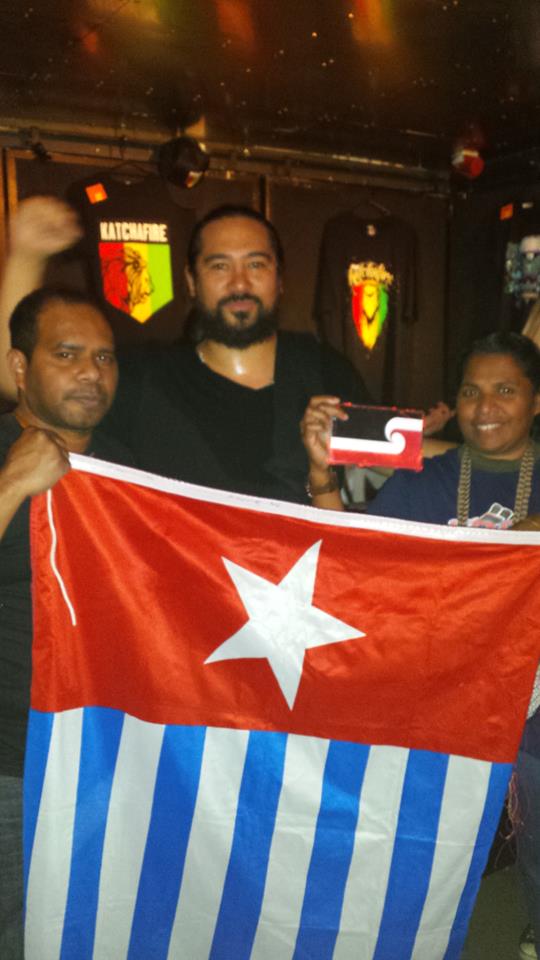 There is strong and growing support and solidarity from Aotearoa New Zealand for West Papua. Last year, Benny Wenda undertook a tour of the country to spread the message of his people. He met with supporters, traditional leaders and many members of parliament, who are now in government.

The people of West Papua are confident that Aotearoa New Zealand will join the growing number of Pacific countries in supporting West Papua’s fundamental right to self-determination.

We are fully grateful to Katchafire for all their incredible solidarity and support for West Papua’s freedom! Big respect and Pacific solidarity forever!