Yesterday demonstrations were held in Apia, Samoa and Kiunga, Papua New Guinea to call upon the Pacific Islands Forum (PIF) to support self-determination for West Papua at the current 48th Leaders Meeting. 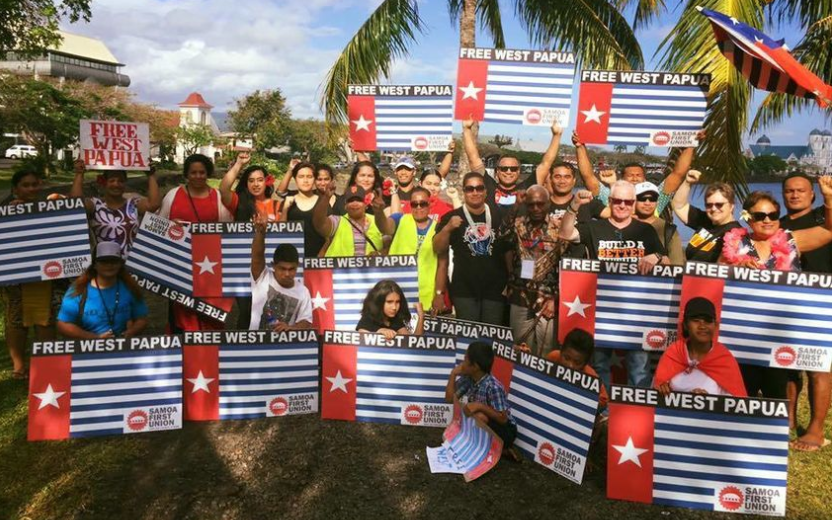 West Papua is once again a key agenda item at this year’s PIF meeting and demonstrators in solidarity with the people of West Papua demanded that the fundamental rights of the West Papuan people, especially the right to self-determination was not sidelined but highlighted as a critical regional issue facing the Pacific. 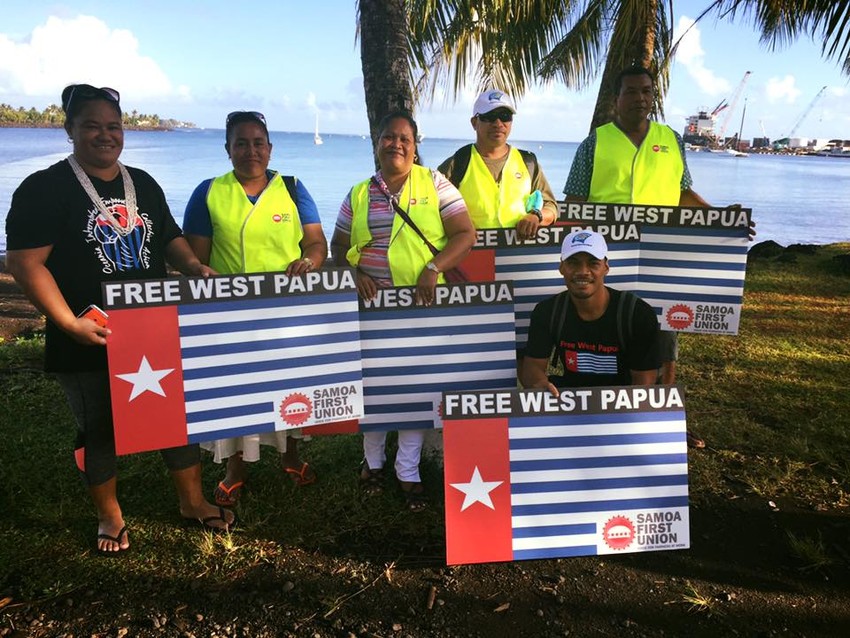 Newline Samoa reports: ‘Led by prominent local solicitor Ms. Iuni Sapolu, the group wanted to highlight the plight of the West Papuans, before the forum leaders who are meeting in Apia all this week.

“We are here this morning to underline before the forum leaders meeting the freedom of the people of West Papua,” Sapolu declared.

“More than half a million people of West Papua have been killed by the Indonesian Army to suppress their right to freedom.

“Samoa is the first country to become independent in the region we should feel for our brothers and sisters in West Papua and what they are going through.”’

Saina says that Samoans in particular should be supporting West Papua’s fight for freedom as Samoa has lead the way for Independence in the region. 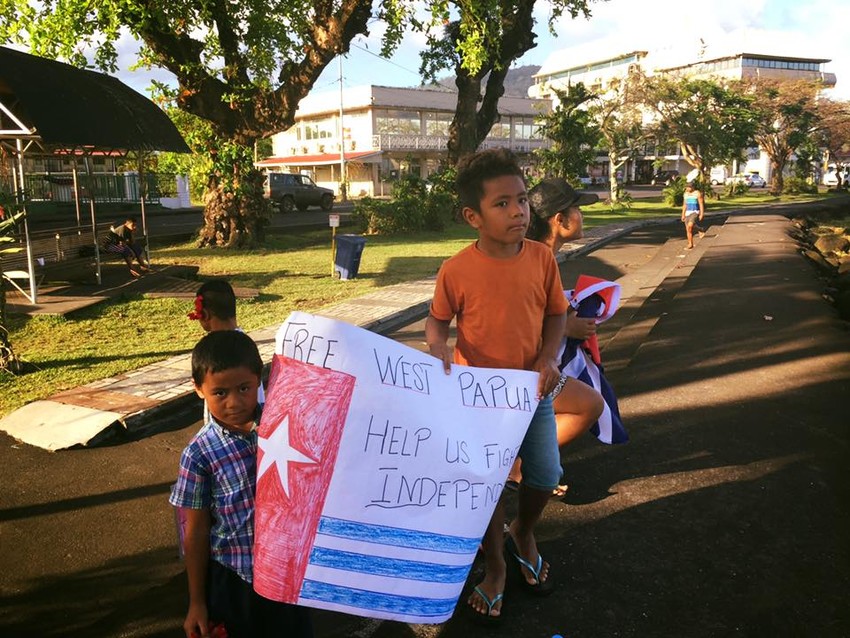 “We want to get the visibility out there for the Pacific Forum delegates but Samoans to know that there is support for West Papua here in our country, we have had so many messages from people wanting to support our demonstration – there’s never been anything like this in Samoa – it’s a peaceful demonstration and the first chance people who care have had to show their support,”

The Secretary-General of the Pacific Islands Forum Secretariat, Dame Meg Taylor, promised the demonstrators that their voice on West Papua will be heard by the leaders attending the 48th Pacific Islands Forum (PIF) leaders meeting this week. “I’m going to acknowledge the voice of the people of Samoa,” she said. 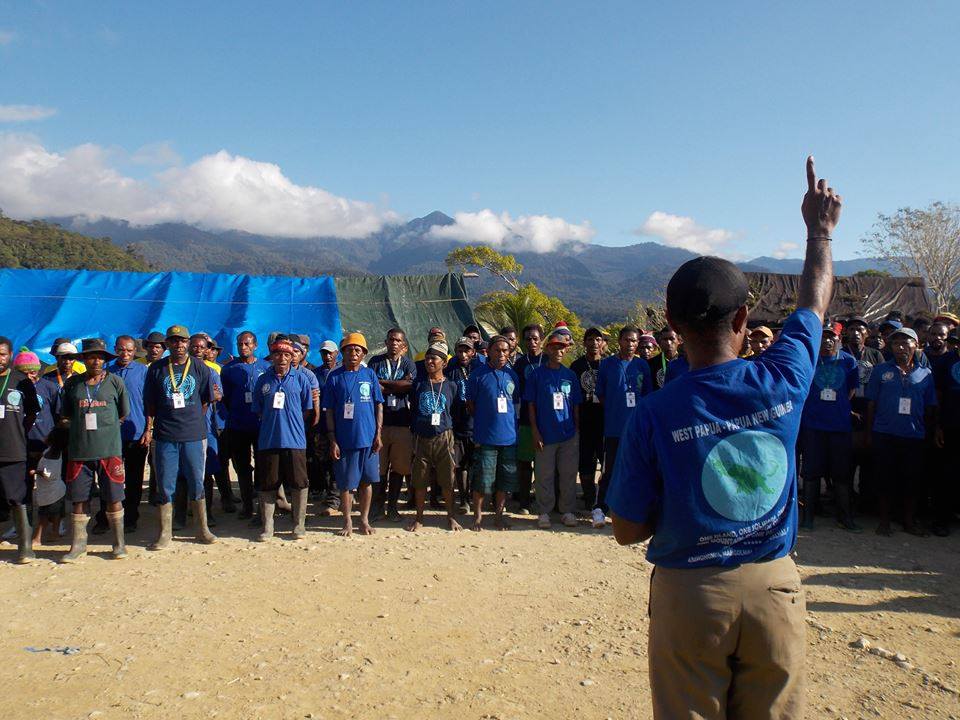 Demonstrators, some of them dressed in traditional Muyu tribe attire, held a banner reading “West Papua is part of the Pacific Islands Region. We call upon Pacific Islands Forum Leaders to support West Papua’s rights to self-determination.” 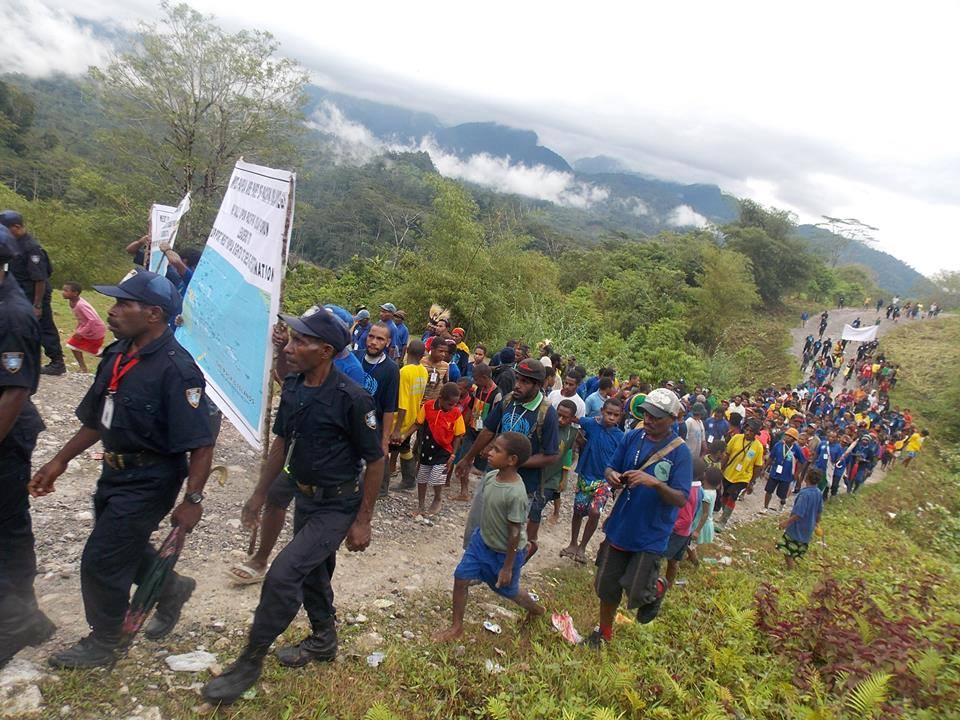 The Free West Papua Campaign would also like to thank everyone who demonstrated in Kiunga today and we send all our full solidarity with all West Papuan refugees living in Kiunga and elsewhere.