Yesterday,  on 15th August 2017,  around 100 people were arrested in 3 cities and many were beaten for peacefully demonstrating for West Papua’s freedom and to remember what is known to the people of West Papua as the “Day of Broken Promise”. This day marks the “New York Agreement” of 15th August 1962 when West Papua was given over to Indonesia without the consultation of a single West Papuan.

Demonstrations took place across West Papua as well as in several Indonesian cities and internationally in the UK, Netherlands and Australia.

In Port Numbay/Jayapura the West Papua National Committee demonstrated to demand justice and refuse the legacy of genocide and colonialism in West Papua. They called for the promise of an independence referendum for West Papua to be fulfilled at last. 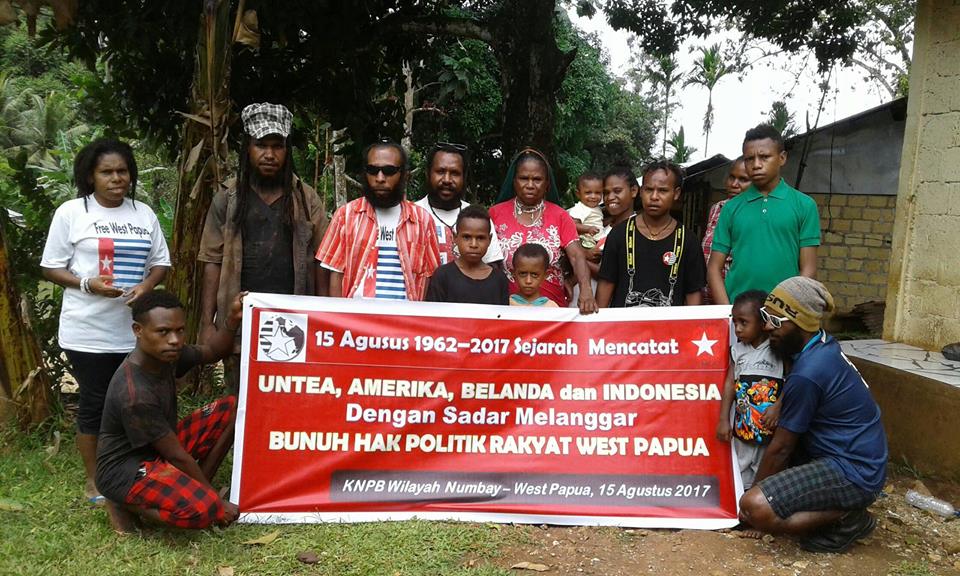 In the Fayit Sector of the Asmat Region in West Papua, people also demonstrated to demand that the promise of the New York Agreement be fulfilled. 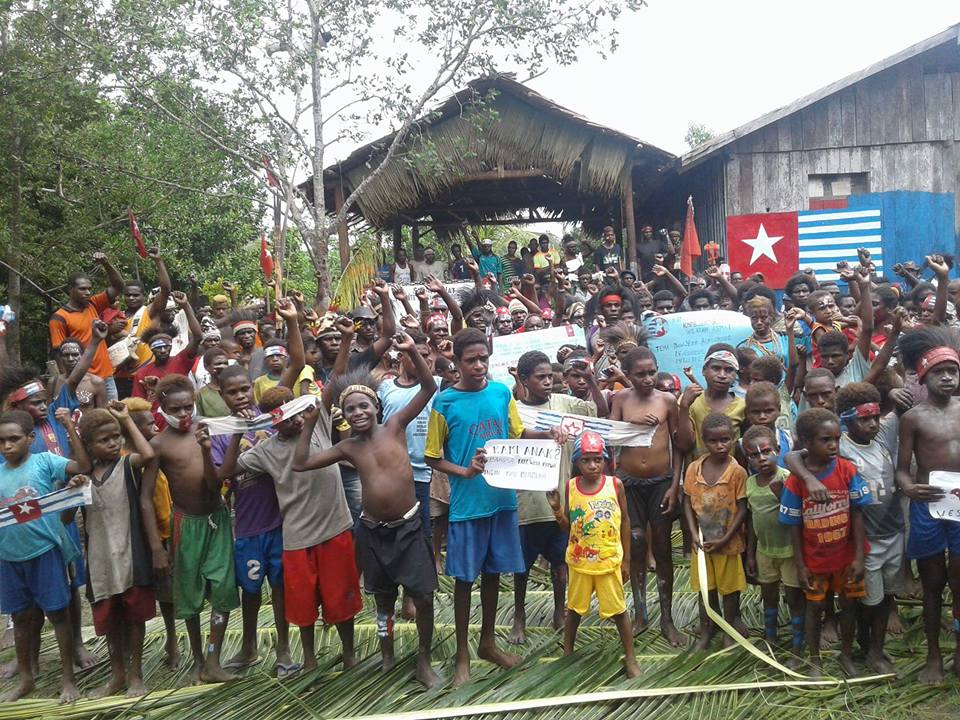 West Papuan people in the Fayit Sector of the Asmat Region demonstrating to demand the promise of the New York Agreement be fulfilled. Photo: KNPB.

And in Timika, West Papuan political prisoner Yanto Awerkion recorded a powerful video message to show to the international community why he was arrested, and encouraging everyone who was taking action on this day. Watch his inspiring video below. Footage: KNPB.

West Papuan political prisoner Yanto Awerkion made this video statement today from behind prison bars in Timika, West Papua after being arrested by the Indonesian authorities for supporting the Global Petition.In this video, he thanks and encourages the international community for all their support for West Papua's freedom and asks everyone to support the West Papuan people in their call for a new referendum (Internationally Supervised Vote) in West Papua. Sign & Share the petition here: www.freewestpapua.org/petition

In Semarang, 47 people were arrested by the Indonesian police, supported by Indonesian nationalists. Action coordinator Janus Adii was reportedly tortured by having his dreadlocks pulled repeatedly for hours. 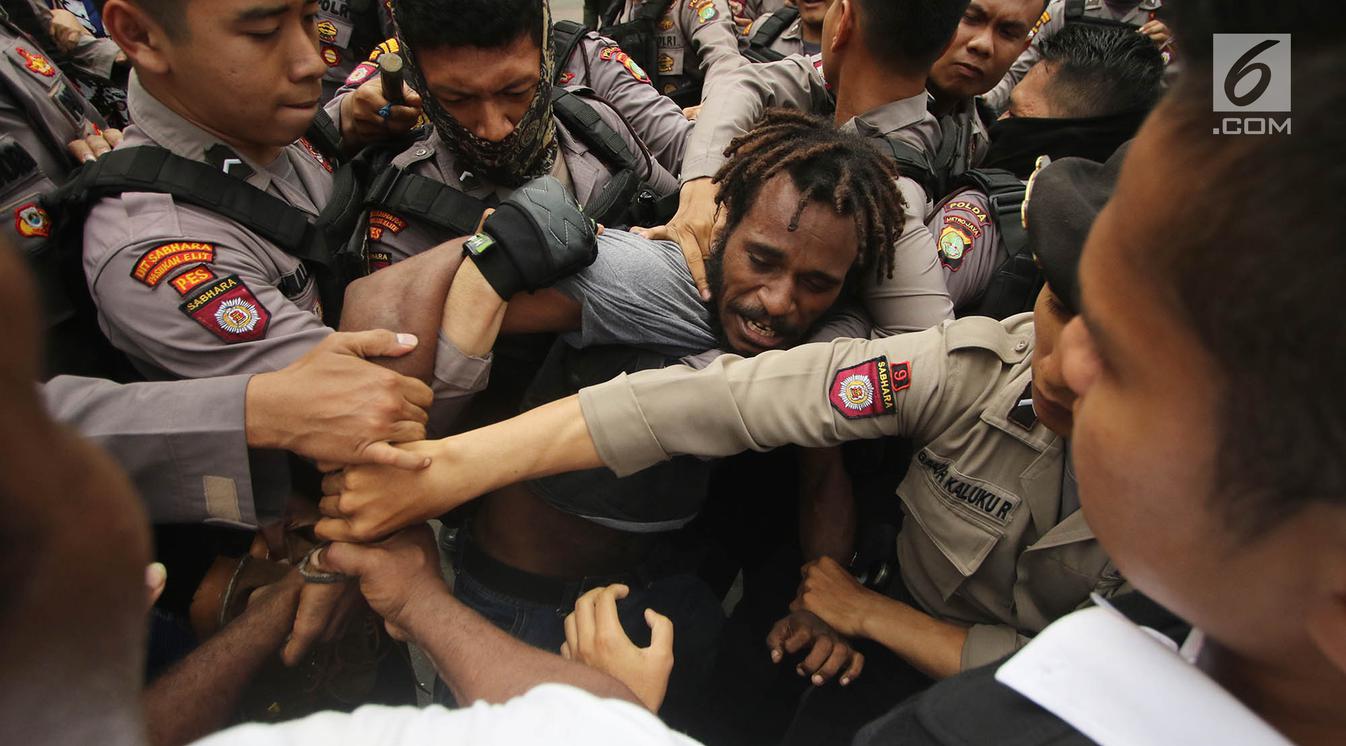 The names and details of those known to have been arrested in Semarang is as follows:

In Yogyakarta, 29 people were arrested by the Indonesian police as demosntrators were met with a water canon and Indonesian nationalists. 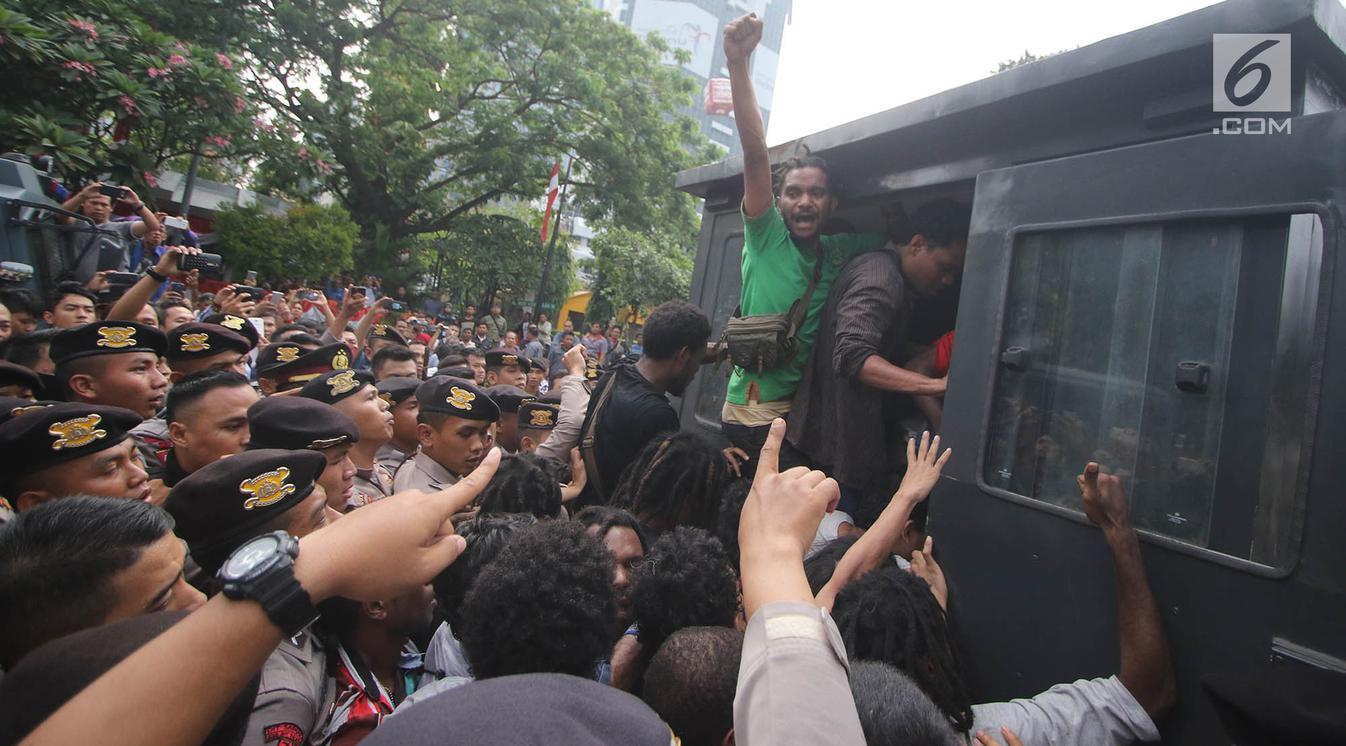 The names and details of those believed to have been arrested in Yogyakarta is as follows: 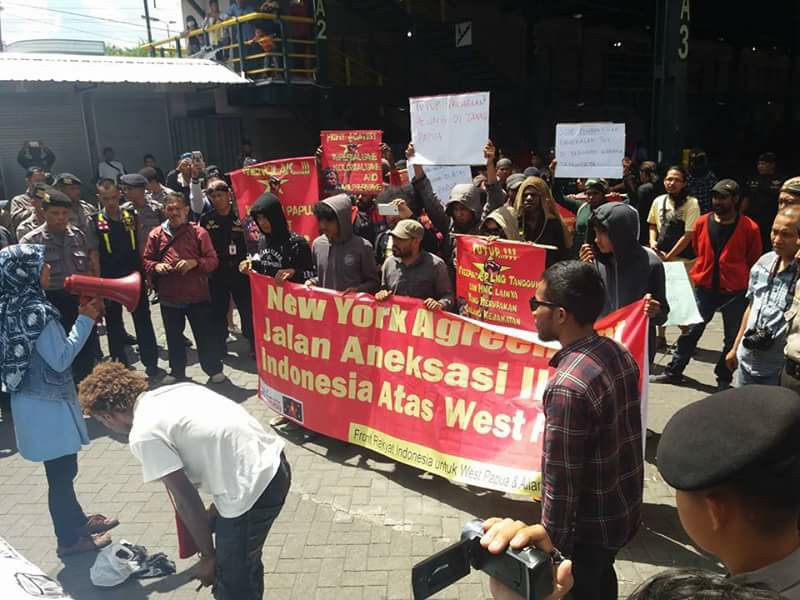 In Jakarta,  24 people were arrested by the Indonesian police, supported by Indonesian nationalists. Adam (FRI WP), Frans Nawipa, Jhon Gobay and Rudhi Amir (FRI WP) were all given serious injuries. 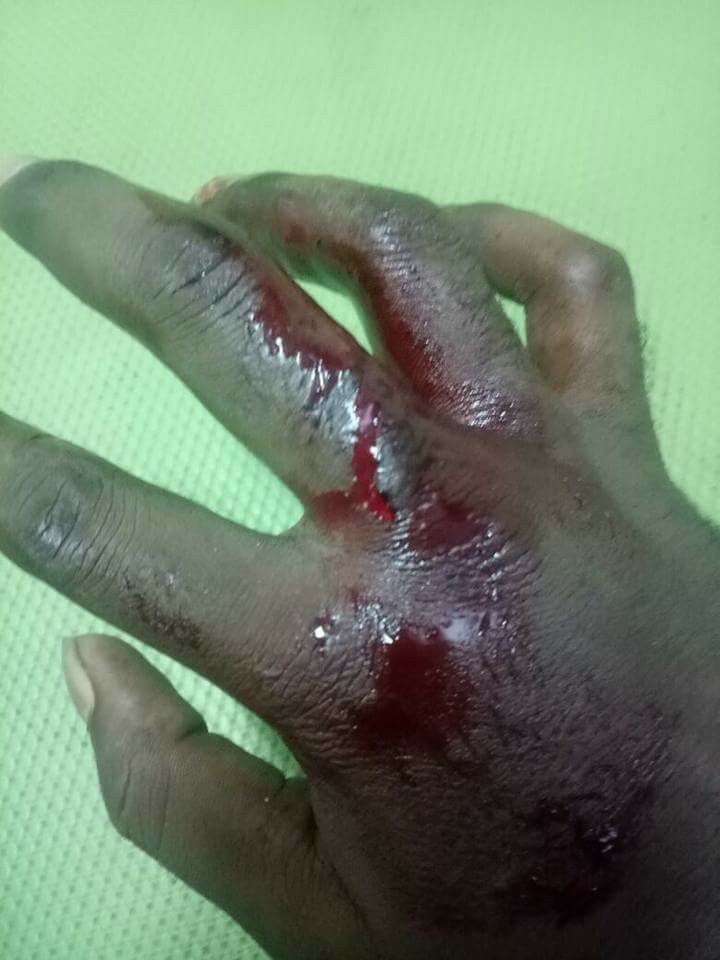 Evidence of brutality against a demonstrator. Photo: AMP.

The names and details of those known to have been arrested in Jakarta is as follows: 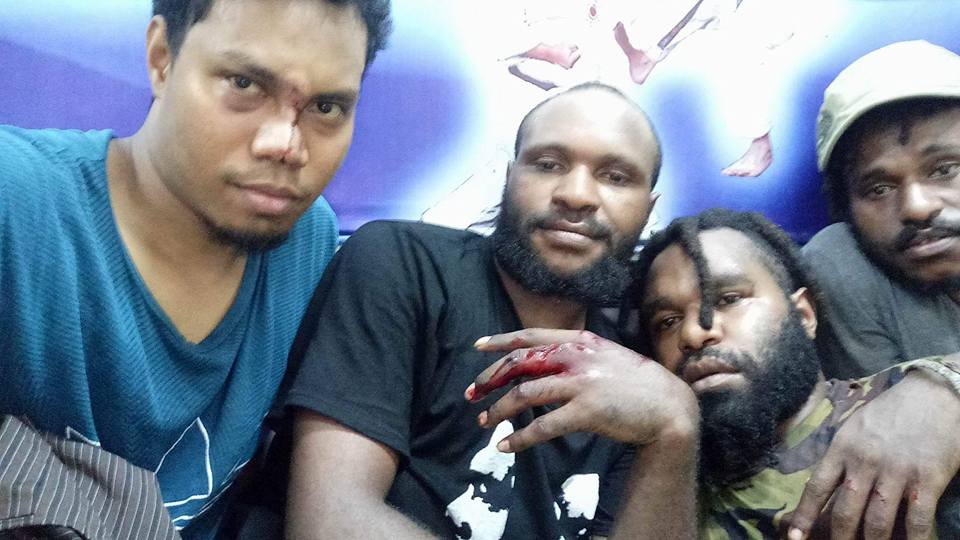 In this demonstration, West Papuan activist  Isaiah Ukago was wounded on his left temple.

Other demonstrations took place in the Indonesian cities of  Bandung, Surabaya and Ternate. 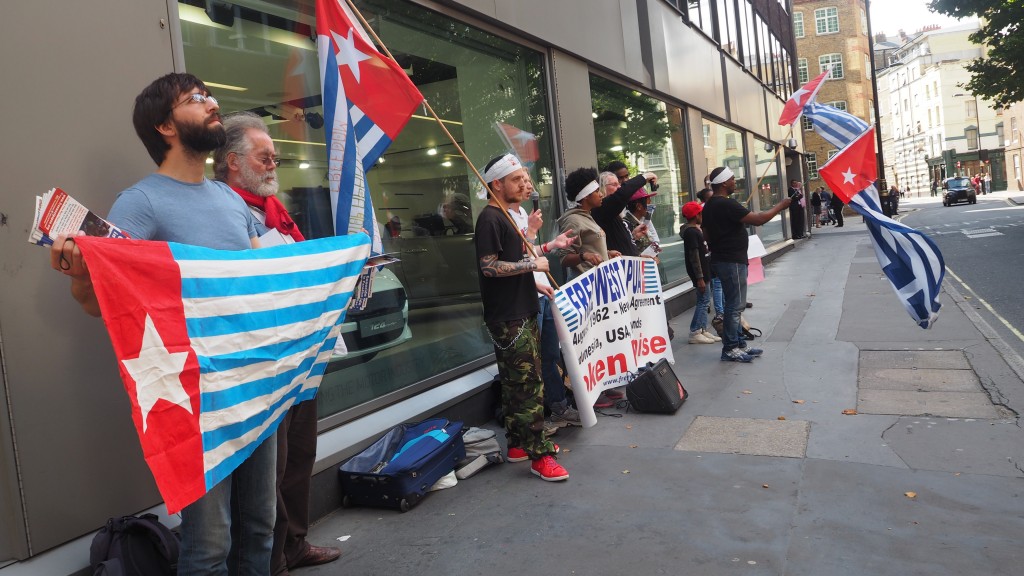 Free West Papua Campaign – Netherlands also held a demonstration and demanded justice and peace and a new referendum for West Papua, outside the Peace Palace in The Hague. 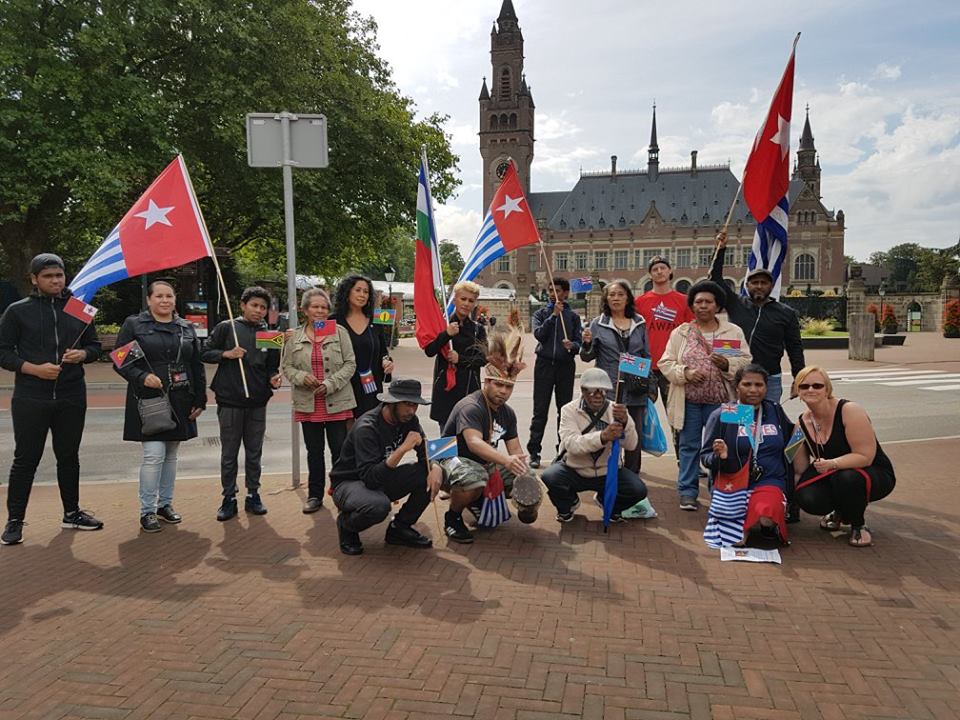 In Perth, Free West Papua Campaign – Australia held a powerful demonstration at the beach and made a strong video message about the situation in West Papua. Watch the inspiring video below. Footage: FWPC Australia.