48 years since the Act of No Choice

TODAY, 2nd August marks the 48 year anniversary of the “Act on NO Choice” in West Papua, where 1,026 people (less than 0.2% of the population) were threatened & forced to ‘declare’ that they wished to remain with Indonesia, and the people and lands were handed over to President Suharto’s military regime.

“On 2 August 1969, the Indonesian government held what it called the ‘Act of Free Choice’ in West Papua. Indonesia marched 1026 Papuan tribal representatives (Out of 800,000 people) to the voting booths; some by gunpoint, and some having to leave their wives and children in the ‘care of the Indonesian government’. These 1026 Papuans were asked to choose to remain with Indonesia or become independent.
Every single person raised their hands and cheered for Indonesia.

Do we really believe 0.2 % of the population, held at gunpoint, with their families held in ransom, truly represented the wishes of the West Papuan people?

There was NO vote.

This was NOT an act of self-determination in accordance with international standards, and this sham act was, & is, a clear violation of international law. 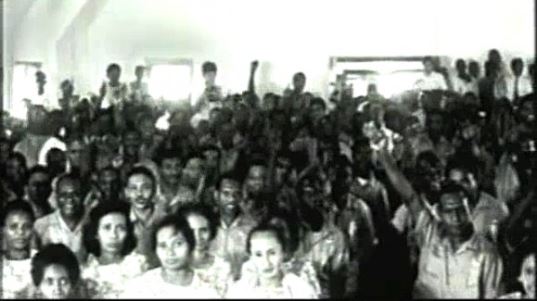 Witness report from Journalist Hugh Lunn who attended in ’69 say people outside were shouting Sandure! Sandure!, which means Freedom!, Freedom!. They were carted off in vans.
https://www.youtube.com/watch?v=g-IECcocMtQ
“Ever since that time, Indonesia has represented this ‘Act of Free Choice’ as West Papua’s exercise of its right to self-determination. This is its justification for the integration of West Papua into the Republic of Indonesia.

The ‘Act of Free Choice’ was an egregious violation of West Papua’s legal right to self-determination, a violation of the ‘sacred trust’ under Article 73 of the UN Charter and a breach of Indonesia’s treaty obligations under the UN Charter and the New York Agreement. It cannot justify Indonesian sovereignty over West Papua. The justification for such sovereignty, if it exists, must lie elsewhere in the legal rules governing the acquisition of sovereignty. Otherwise West Papua is a territory that is under alien domination – a status forbidden by international law.”

Melinda Janki is an international lawyer specialising in the environment and human rights.  West Papua and the right to self-determination under international law is available to download here. 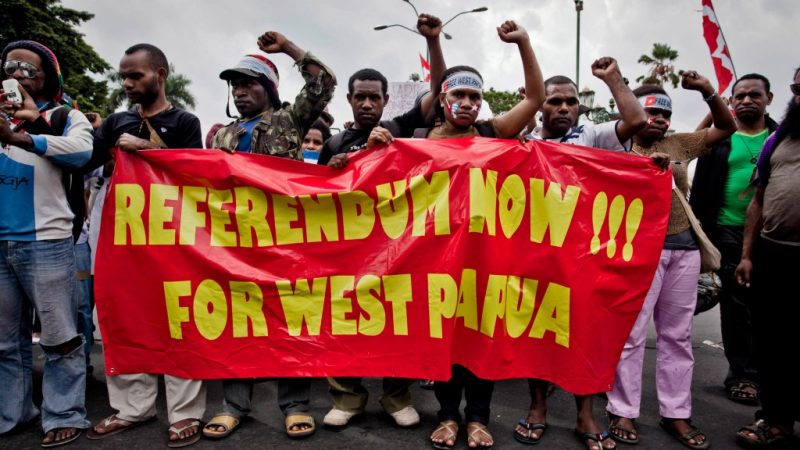 After 55 years, West Papuans see the “the global petition for a internationally supervised vote”, as an opportunity to speak directly to the UN and to ask them to correct the mistakes of the past, and to hold the vote that West Papua has the right for under international law.
In 1969, the UN & the West turned their backs on West Papua.
Please sign the petition to help get West Papua to the UN this August, & to demand international attention.
https://www.thepetitionsite.com/en-gb/518/769/616/help-end-the-genocide-in-west-papua/
https://www.freewestpapua.org/documents/un-involvement-with-the-act-of-self-determination-in-west-irian-1968-to-1969-by-john-saltford/
« Previous post
Next post »