West Papuan man shot by the Indonesian police in Sorong 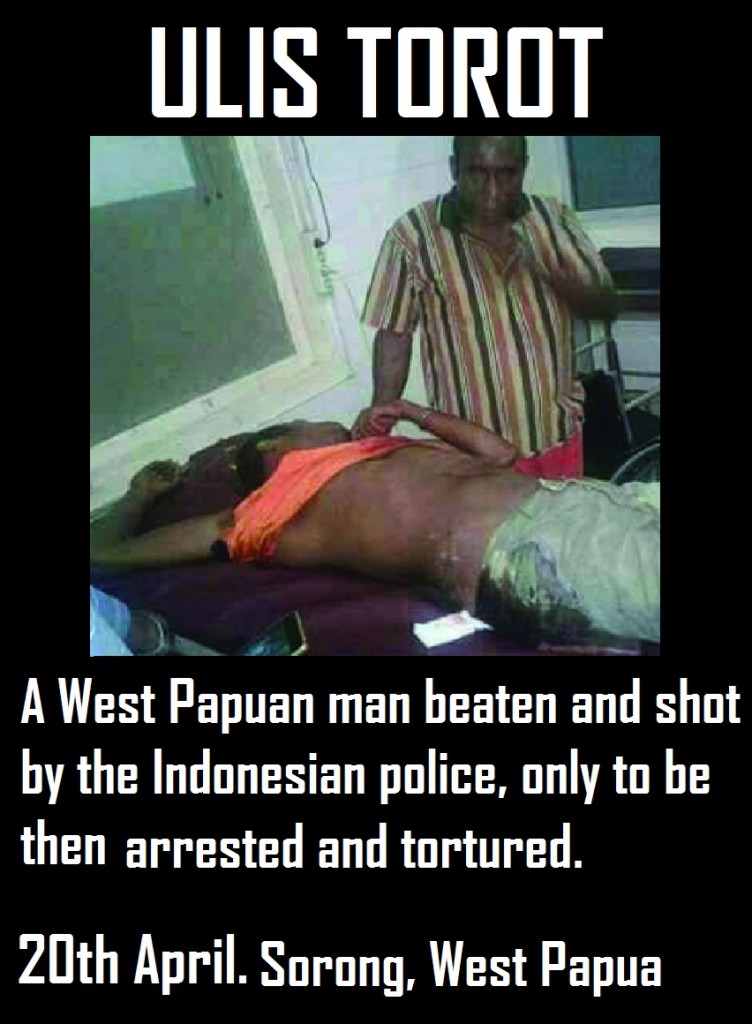 According to local reports and eyewitnesses, on 20th April West Papuan man Ulis Torot was shot by the Indonesian police in Aifat, Sorong, near the famous Raja Ampat islands in West Papua.

According to TabloidJubi, Ulis Torot was shot after an argument with a man who refused to sell him a cigarette while drunk. The seller then called the Indonesian police and three officers from BRIMOB (the Indonesian police mobile brigade) arrived and began to beat Ulis. He was then shot through the hip and the bullet penetrated through his abdomen. A West Papuan mother reportedly tried to film his attack as evidence of human rights abuses but was stopped by the Indonesian police.

According to a local witness, the Indonesian police continued to torture Ulis, beating him and dragging him to the police car. He was then arrested and brought to the Kumurkek Indonesian police station. Seli Kosho, a family member of the victim only learnt about his relative’s attack after being called by members of the Indonesian military during the night. He was told that Ulis had been taken 200km away (approximately 6 hours drive) to the Sorong General Hospital. At 22:00 on 21st April, Ulis underwent surgery though his condition is not currently known.

This is a developing story and will be continue to updated as more information comes out.

Information and the photograph in this article comes from TabloidJubi.

This is the second serious human rights violation in the last 4 days alone. Why do the Indonesian military and police continue to torture and kill innocent West Papuan people like animals? There is a culture of impunity in occupied West Papua.
As Indonesia’s Periodic Human Rights Review takes place at the United Nations Human Rights Council on 1st May, the world is set to condemn such heinous human rights violations that continue to take place in occupied West Papua.