The Indonesian government has deported and banned two French journalists, Jean Frank Pierre, 45, and Basille Marie Longhamp, 42, from West Papua after they entered West Papua “on a tourist visa”. 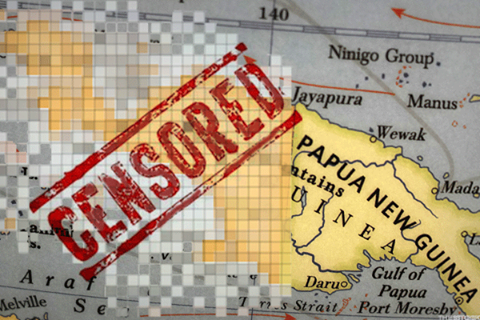 Based on the results of interviews conducted by the Indonesian Office of Immigration their passports showed that they came to Indonesia on March 9, 2017 and arrived at Soekarno-Hatta Airport from France with Etihad flight EY 474 using visa on arrival facility.

“They took pictures while on a tourist visa. They also had not yet obtained a reporting permit, although both of them already had a permit from the Tourism Ministry and their activities were sponsored by Garuda,” said Samuel Enock, the Head of the local Immigration Office head.

“The government needs to understand that blocking media access on overbroad security grounds doesn’t just deter foreign news reporting about Papua, it raises troubling questions about what the government might be hiding there. It’s time for Jokowi to issue his long-delayed written directive lifting restrictions on foreign media access to Papua, and appropriately punish government officials who refuse to comply.”

What is Indonesia hiding in West Papua?

In 2014, Thomas Dandois, 40, and Valentine Bourrat, 29, were also deported after being detained for carrying out journalistic activities while on a tourist visit.

Despite broken promises and false claims that journalists are welcome to West Papua, the Indonesian government is clearly still banning them and violating media freedom to hide human rights abuses.

Indonesia is due to host world press freedom day in 3 months time. Foreign journalists are needed in West Papua to speak to West People and find out the truth.

Information in this article has come from Human Rights Watch, the Asia Pacific Report, and Radio New Zealand.