You can read West Papuan Independence Leader Benny Wenda’s full statement written on this morning before the mass arrests here. 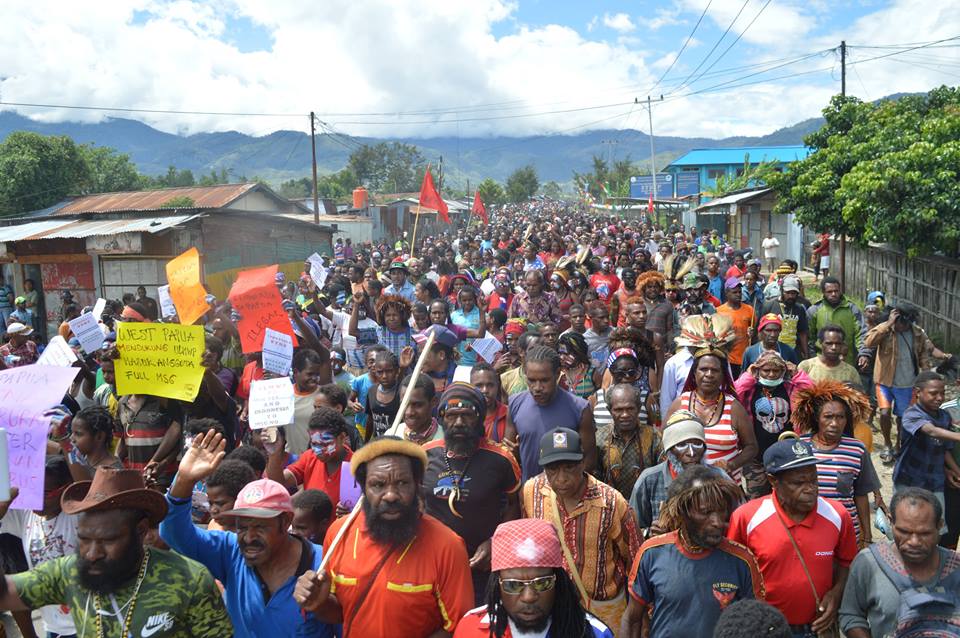 Around 10,000 people reportedly marched in Wamena, West Papua today to show their support for West Papua’s full MSG membership and to reject Indonesia’s invasion of West Paoua. 87 people were arrested at this peaceful rally, including 6 children. 78 others were arrested the night before. 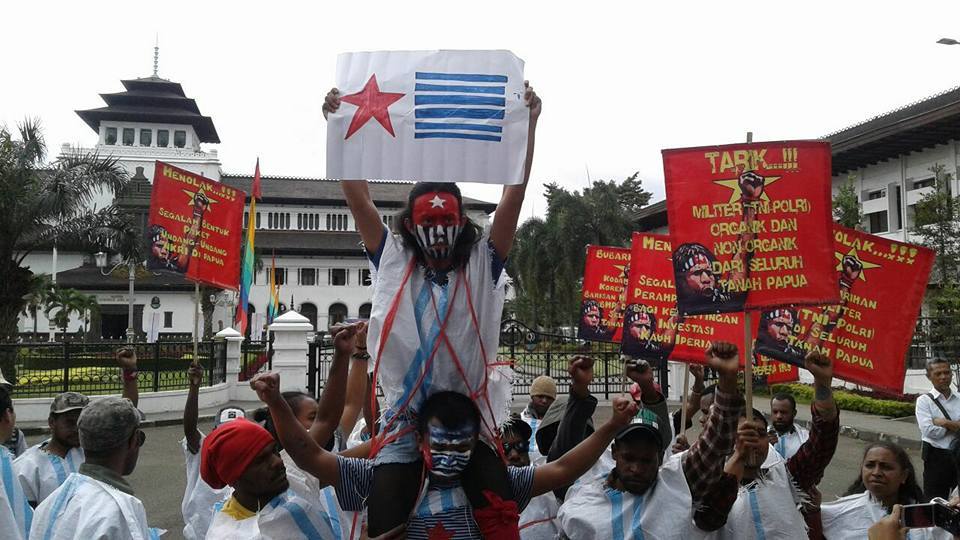 Jayapura:
– Journalists were not allowed to cover near the Central KNPB HQ.
– A journalist’s motorbike was confiscated without any clear reason.
– The Central KNPB HQ was vandalized
– Beatings reported during arrest, 7 people are badly injured

Nabire:
– Children were among the arrestees
– Ill treatment by police by forcing protestors to smear their faces with coal and beaten with cane. Several are badly injured. 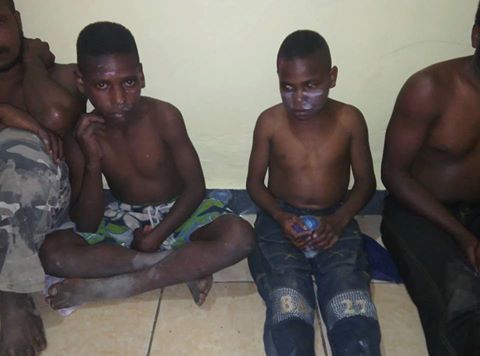 West Papuan children were among those arrested today for peacefully demonstrating in Wamena, West Papua

Merauke: children were among the arrestees

Sorong: At least one West Papuan activist was tortured by the Indonesian police.

Wamena:
– 78 people were arrested the night before protest
– beatings reported during arrest. Several are badly injured
– Police fired dozens shots to the air including tear-gas during arrest
– 6 children are among the arrested