This month there has been widespread support and solidarity for West Papua’s freedom from Aotearoa New Zealand. 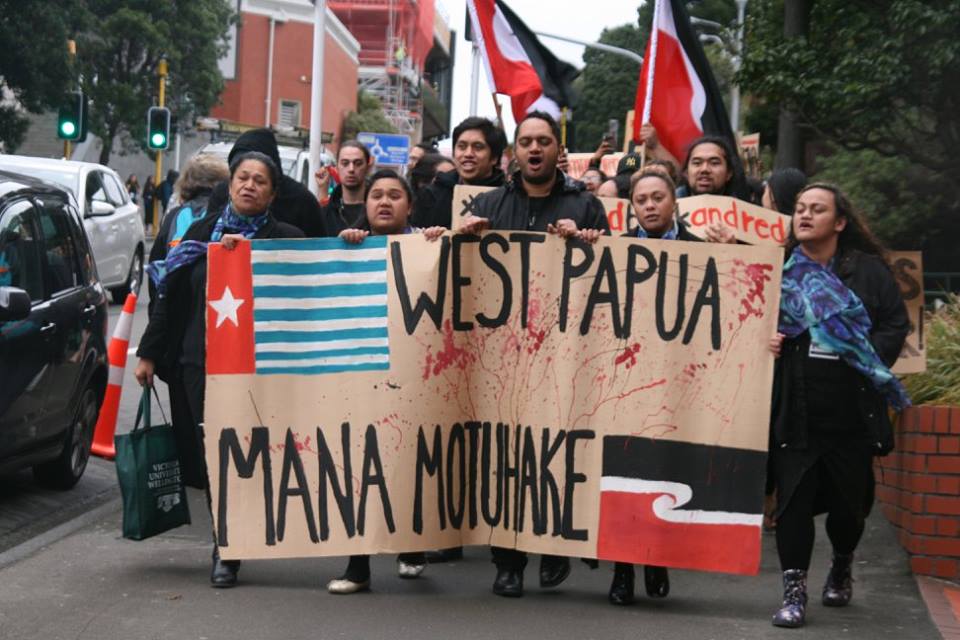 25th Aug. 2016 Students Hikoi to Parliament with banner of the West Papuan Morning Star flag and the Maori flag with “Mana Motuhake” – self- determination.

On 6th September 2016 a petition was tabled in New Zealand’s Parliament, calling it to urge the Government to address the deteriorating human rights situation in West Papua. It also called on New Zealand to support the United Nations Special Rapporteur on Freedom of Expression for a visit to West Papua. 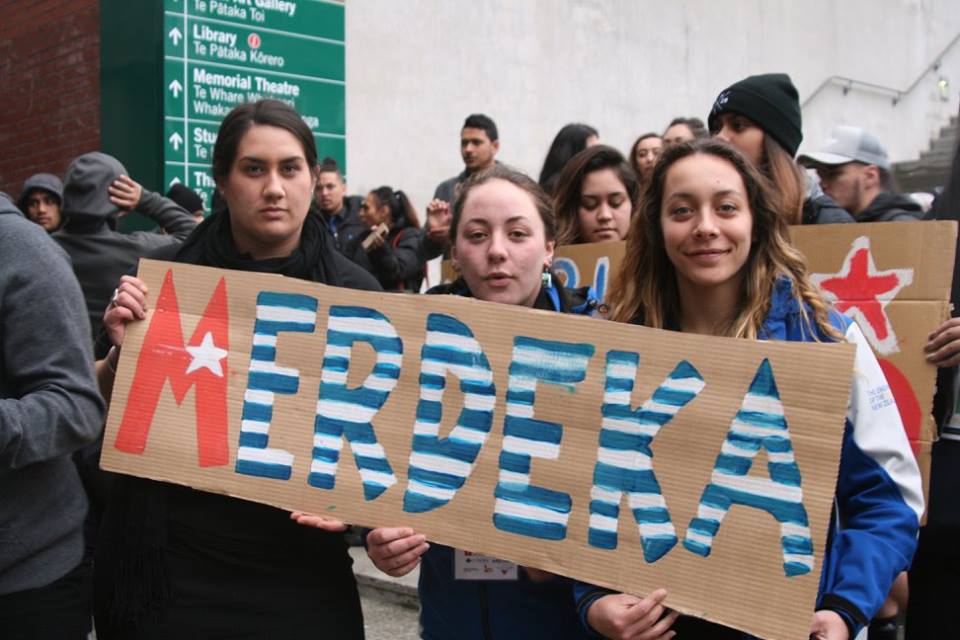 “Pala Molisa and Tere Harrison present a petition on West Papua to New Zealand MPs Marama Davidson, Lousia Wall, Catherine Delahunty and Su’a William Sio, outside the country’s parliament. It calls on the parliament to urge the New Zealand Government to address the ongoing human rights situation in West Papua by taking a series of actions.” 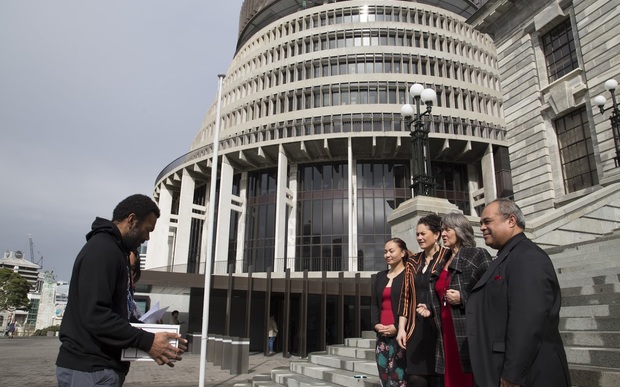 The handing in of this petition follows on from a series of events held last month in Wellington, Aotearoa New Zealand. 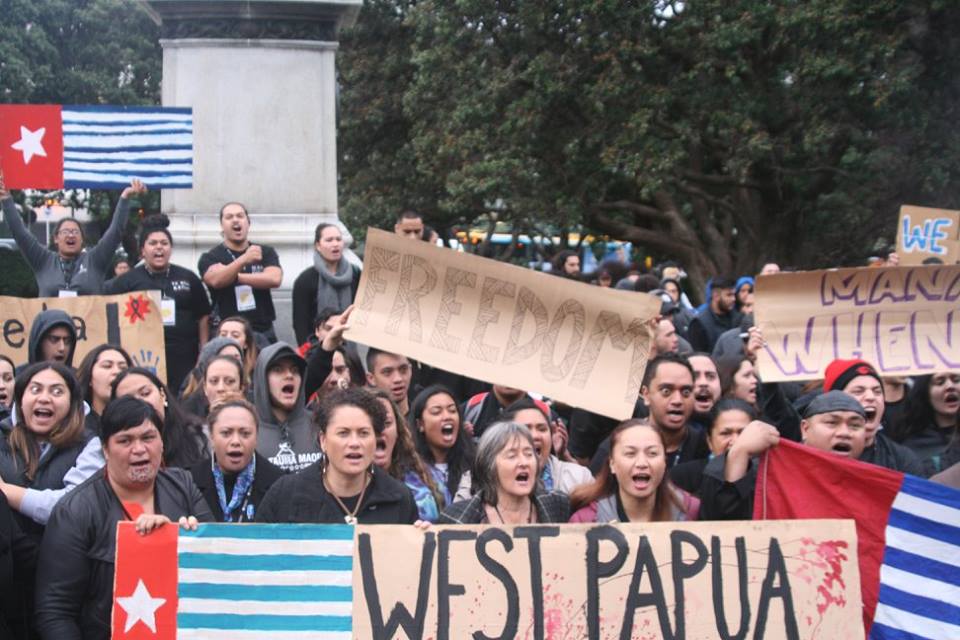 On the 25th August the Youngsolwara group of Pasifika students at Victoria University held a Korero meeting, they then joined with the national Maori Students Association to hikoi from the University to Parliament. Over 300 students marched down the main street with Free West Papua banners shouting “Papua Merdeka! Wa wa wa!” 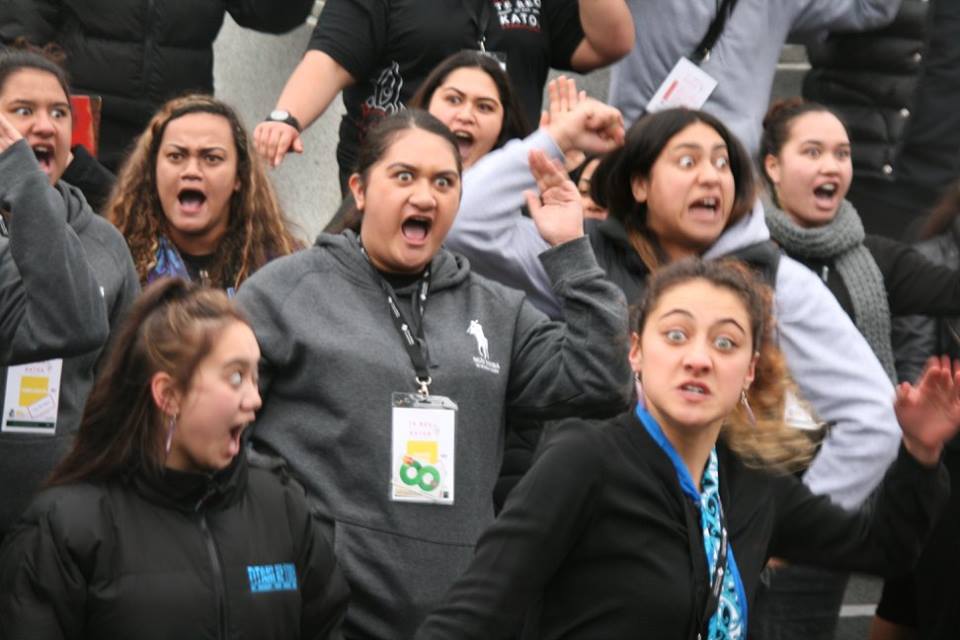 RNZ National reported from the gathering outside Parliament at which MPs from the Labour, Maori and Green Parties spoke, as well as Tere Harrison, filmmaker of ‘Run It Straight’ and Pala Molisa. The students then did a Haka for West Papua which was so inspirational that footage of this has been watched more than 500,000 times on Facebook!

Catherine Delahunty MP, said that support for West Papua is getting stronger in Aotearoa New Zealand and congratulated the students for standing up for their brothers and sisters in West Papua. She also said that there are now 22 MPs in the working group on West Papua in the Aotearoa New Zealand Parliament. MPs present on August 25th; Green Party: Catherine Delahunty, Marama Davidson and Stefan Browning. Labour: Louisa Wall, Su’a William Siol, Carmel Sepuloni. Maori Party: Marama Fox (and Boxer, David Toa!) 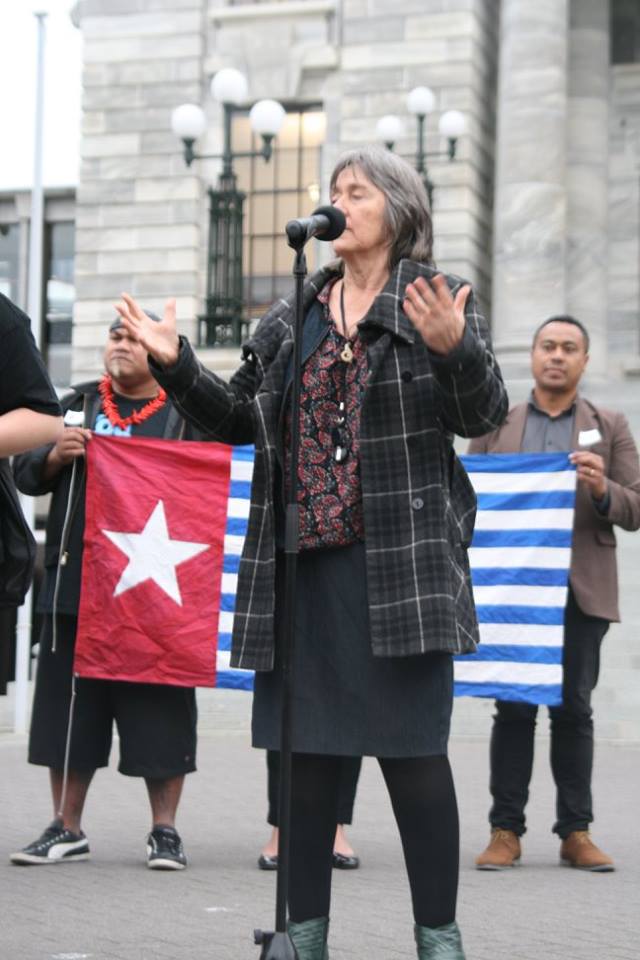 That evening an event was held at The University at which West Papuan Independence Leader Benny Wenda spoke via skype, joining a line up of academics and artists. He also gave a video message to the Run It Straight Youth team, answering their questions and encouraging them to keep up the great work in helping West Papua to be free. 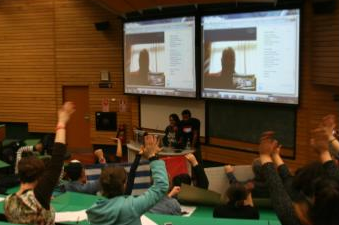 The Free West Papua Campaign along with Benny Wenda express its deepest thanks and respect to everyone in Aotearoa New Zealand for all their strong support and solidarity for West Papua’s freedom!

The people of West Papua desperately need the support of their whānau, their neighbors and family in Aotearoa New Zealand and this ongoing surge of awareness and support means so much to all West Papuan people and shows more evidence of the mounting international advocacy for a Free West Papua.

We urge everyone in Aotearoa New Zealand to continue all their great work, supporting freedom for the people of West Papua! One day West Papua will be free!