URGENT UK CALL FOR ACTION: INVITE YOUR MP TO THE APPG ON WEST PAPUA MEETING NEXT MONTH

The All-Party Parliamentary Group on West Papua, an important group in Westminster composed of MPs and Lords from various parties in the UK, is holding another meeting on October 12, at 3:30PM, Room R in Portcullis House.Room R in Portcullis House. We need British-based supporters of the campaign to ask their MPs to attend. Below is a template email you can send to your local MP with the details of the APPG and requesting their attendance. It is vital that we spread awareness of the reality of life in West Papua through Westminster and pressure the politicians to take action. 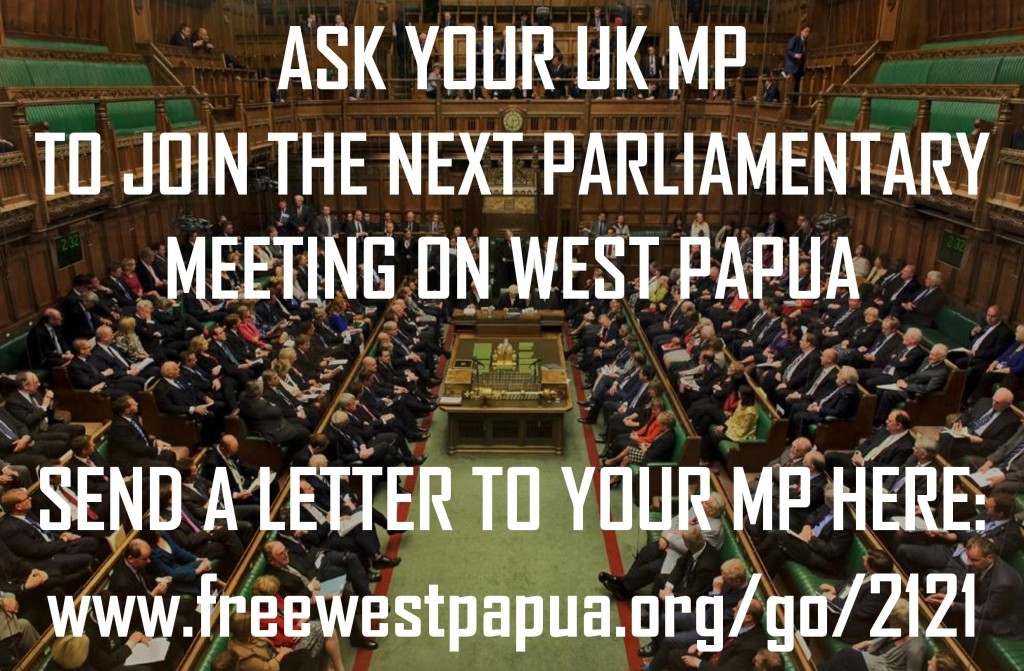 If you receive a confirmation that your MP is going to attend, please let the APPG know at office@ipwp.com, so they can be sent the agenda and documentation for the meeting.

The APPG on West Papua was restarted in 2015 by Andrew Smith MP, the chair, and has held two meetings since then. It discusses issues of importance in West Papua and puts forward actions for parliamentarians to take to assist with the situation. This meeting will be discussing the ULMWP’s bid for full membership of the Melanesian Spearhead Group, the Westminster Declaration, mass arrests that have occurred inside Papua recently and feedback on the historic May 3 Westminster meeting. It will be attended by politicians, NGOs and academics, including the Politics of Papua Project at the University of Warwick.