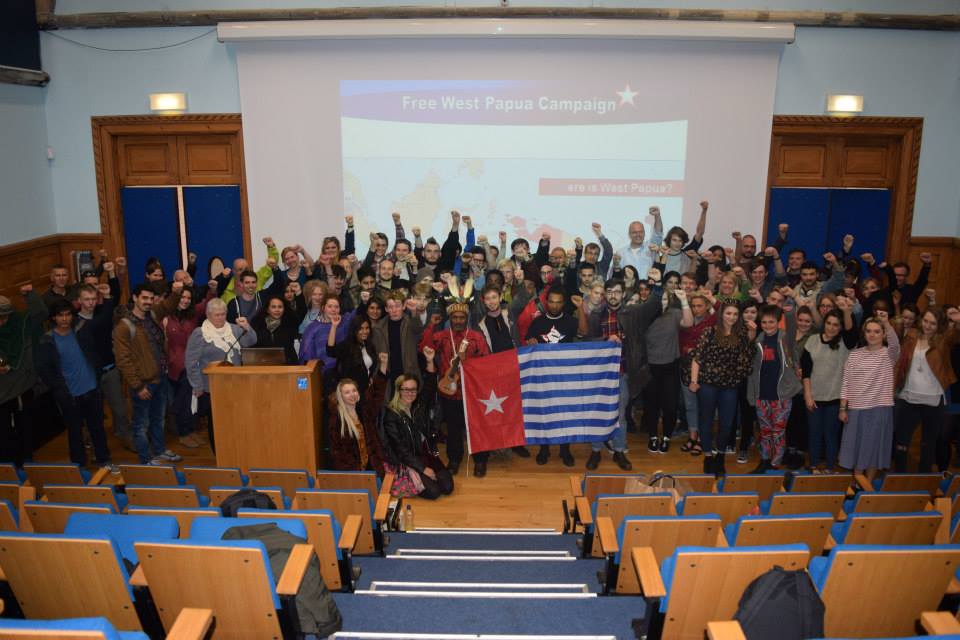 After playing a traditional song, Benny spoke of the terrible suffering in Indonesian occupied West Papua and how music was being used to spread the message of freedom from colonialism to the rest of the world. Benny said that music was very important in Papuan and all Pacific culture, despite many Papuan songs being banned by the Indonesian government. 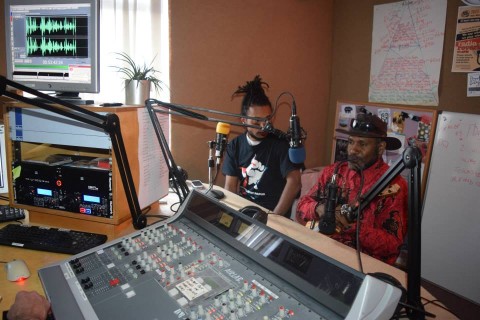 After the radio interview was held, Benny gave a talk at a Brighton University lecture theatre and many students and others came to listen to the message about the Free West Papua struggle.

Benny talked about the history of West Papua and how it came to be illegally occupied by Indonesia. He shared the message of the West Papuan people, who are suffering 21st Century colonialism under Indonesian rule. Although colonialism is ending all around the world, West Papua in the Pacific is still struggling against Indonesia’s colonialism of Melanesian West Papua.

After speaking, Benny received a standing ovation and the audience joined him in singing another traditional Papuan song.

Many ideas were raised about how further support from Brighton and around the world can be raised for West Papua to be free. A university lecturer suggested that everyone commit to explaining to 5 friends about West Papua and making sure that they told 5 of their friends to do the same too! 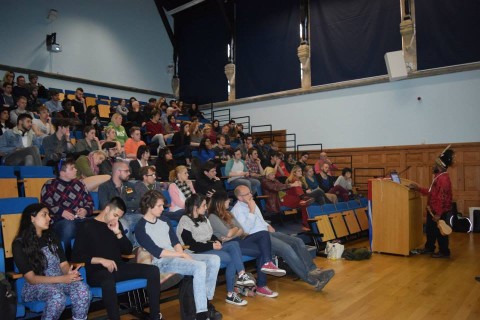 Benny and all the audience felt that the message for a Free West Papua was spread and recieved very strongly with a lot of more support expected from Brighton and the University.

We would like to thank everyone who attended the event and all those who continue to support West Papua to be free.

One day, we are sure that it finally will be!