On January the 9th, the Free West Papua Campaign reported on the arrests of Papuans and burning of their houses in Timika, West Papua. Since we made this report, the situation has become even more critical with more houses being burned, Papuans being shot and stabbed and thousands more being forced into the jungle as refugees. The following is an update of the situation in Timika and what you can do to help to stop the violence and illegal occupation in West Papua.

Hundreds of Papuans arrested, many still in detention

65 West Papuans from Utinini village are still under arrest without trial for over 2 weeks. They are being still interrogated by the Indonesian police after they called for an independence referendum for West Papua

Of the 116 Papuans arrested and tortured in Utikini village, it was initially reported by the Indonesian authorities that only 12 people were taken to the police station but it has emerged recently that actually all the adults, 65 men and 48 women were all taken to the nearby Indonesian police station and interrogated.

The 65 men who were arrested are currently being held in an outdoor cell at the police station. They are reportedly facing what the Indonesian police describe as “intensive interrogation” and “compulsory reporting”. After 2 weeks, they have still not been given any trial, despite the fact that they were only arrested after calling for an independence referendum to be held in West Papua.

The 48 women who were arrested are still “undergoing investigation” but have now been released after being photographed by the police and forced to pledge that they would “not join any organisation” or “return to a location where panning was taking place.” (The world’s largest goldmine, located in the Timika area pumps over 238,000 tonnes of toxic waste into the local river every day. With no money, some Papuans are pushed into panning for gold and whatever they can find in the water.)

Houses in Bini villages, burnt down by the Indonesian military. They have returned 3 times to burn down houses in Bini

Since dozens of houses in Utikini village of the Timika area were burned down by the Indonesian authorities, the nearby village of Bini in the same area has also experienced the same, over and over again. About 3 weeks ago, the Indonesian military and police burned down houses in Bini, shot local Papuan Jekson Waker twice and returned to burn more houses on the 8th and once again on the 13th.

The Indonesian police and military are continuing to torture and shoot Papuans in the Timika area as if they were animals. In Bini village, the Indonesian military and police tortured Papuans and shot a 26 year old man, Jekson Waker twice in the feet to “keep him still”. He was tortured also and is still disabled and hospitalized It is suspected that he is under arrest and being interrogated by the Indonesian authorities. 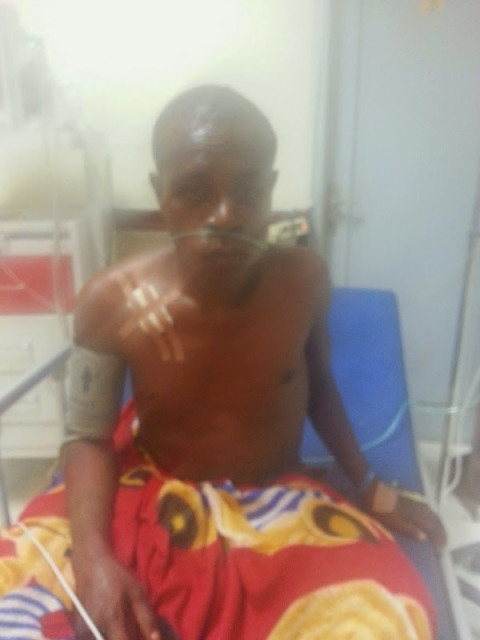 A 19 year old Papuan youth, Meki Nawipa was also shot by the Indonesian police in Timika town. Meki’s father told local media how his son wanted to buy meatballs and noodles from a local stall but only had enough money for half the price. Though he told the seller he would pay later, the seller told the nearby police who immediately opened fire on Meki, shooting him in the torso as he was trying to escape. He is now being treated in the local hospital.

Another Papuan was also tortured by the Indonesian military in Timika on the 13th of January. He was from the Kamoro tribe and according to several witnesses was attacked and beaten up by Indonesian soldiers in Mapurujaya village. He was stabbed in the head with a sharp instrument and his cerebellum was pierced. He is now in a coma in hospital.

Free West Papua Campaign founder Benny Wenda released a statement where he described how such violence is being deliberately created by the Indonesian authorities to draw the world’s attention away from the murder of 5 West Papuan children and 1 adult by the Indonesian military last month. He asked:

“Why is it that when 5 Papuan schoolboys are killed, no-one is arrested? Yet when 2 Indonesian policemen are killed, more than 100 Papuans are arrested with dozens of homes burned to the ground?” 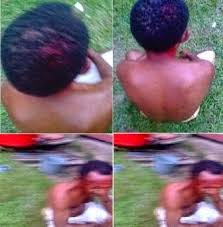 This West Papuan man was stabbed in the head with a bayonet by the Indonesian military in the Mapurujaya village of the Timika area. He is now in a coma

Benny also mentioned about how the Indonesian military, especially in Timika is effectively operating under the commands of US based company Freeport McMoran, which is running the Grasberg gold mine (the world’s largest) in the Timika area.

The Indonesian military is paid 3 million dollars a year by Freeport McMoran in “protection money”. The mining company does not want Papuans to protest against it so it pays the Indonesian military to kill and evict local Papuans, especially from sites where gold panning is taking place. They do not want West Papuans even panning for gold dust from the polluted rivers, let alone calling for an independent West Papua. 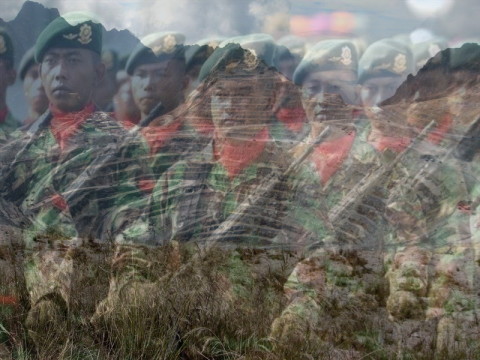 This has led to a mercenary like attitude among the Indonesian authorities, who only receive a third of their funding from the government. They deliberately create more violence, torture and raids on Papuan villages in an effort to prove to the mining company that they deserve more “protection money”. After forcing people from their traditional areas and panning sites, the Indonesian police have built 50 new posts. They believe that this will prove to the company and the government that they are cracking down on gold panning and pro-independence aspirations.

We are outraged at these continuing atrocities and organised a demonstration outside the Indonesian Embassy on the 17th of January to protest against the ongoing Indonesian brutality in Timika and their illegal occupation of West Papua. We were joined by friends from West Papua, Papua New Guinea and the UK and raised much needed awareness on the streets of London about the ongoing illegal occupation. You can see photos of this protest through our Facebook page. Please click on the photo below to watch a video of the event. 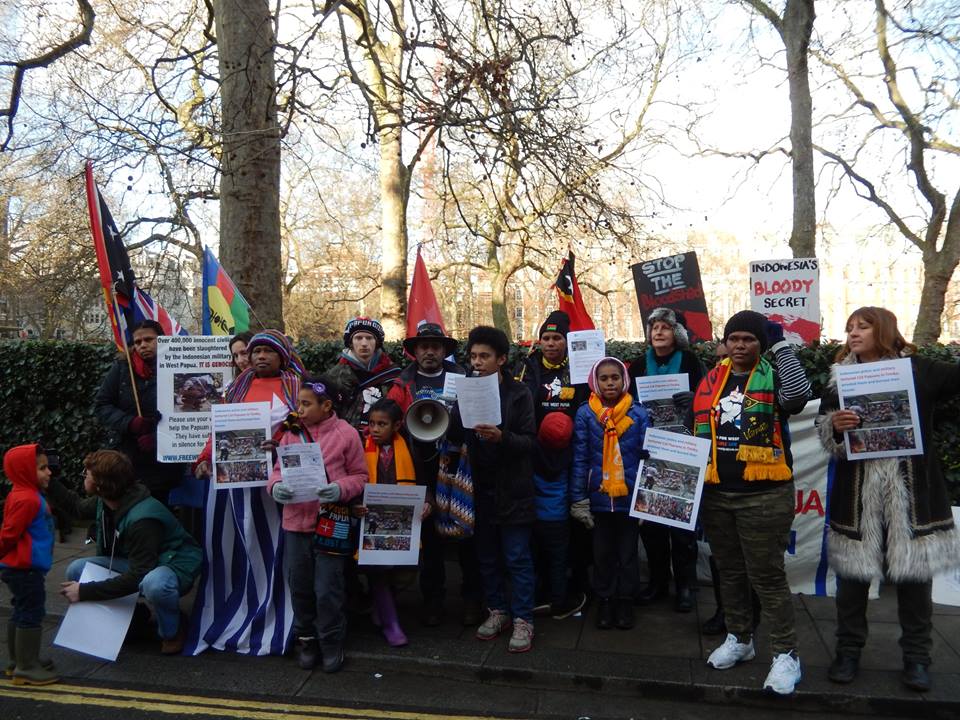 A Free West Papua Campaign protest against the brutality in Timika. Click on this photo to watch a video of the event

How you can help

The people of Timika and all West Papua are desperately in need of support from the outside world. Please Spread the Word as far and wide as possible with all your friends and on social media etc. Try to contact any friends you know in the media to publicise what is really happening in West Papua. Please also send this letter to your local MP or other parliamentary representative, calling on them to ask the government to support media access in West Papua. When journalists are finally allowed into West Papua, the outside world will at last start paying attention to the real situation. 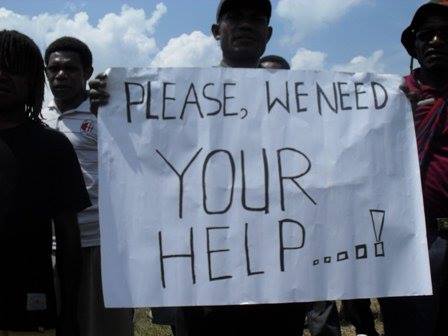 West Papuans giving a message to supporters around the world

Please also help to raise awareness and put pressure on the Indonesian government by holding a demonstration for a Free West Papua in your own country. Please Contact Us with any ideas about holding such events and we will make sure to publicise them and encourage more people to attend.
For more information about how you can help, please visit the Take Action part of our website, featuring many ways in which you can act to support West Papuans in their struggle for freedom.

The people of West Papua need your support to campaign against the genocide and illegal occupation being committed against them help and Act Now for a Free West Papua.