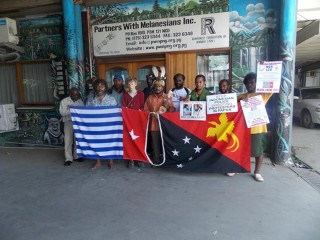 During their visit they will also be meeting with politicians, lawyers and media representatives as well as holding key media conferences and awareness raising events for West Papua.

Speaking passionately about this joint ancestral land, Benny Wenda said ‘We have a voice but our voice has been silent for more than 50 years. The Papuan issue is a regional issue and we call on our brothers and sisters in PNG to work with us hand in hand.’ 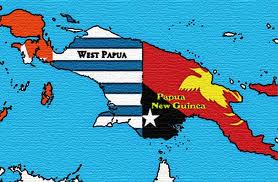 He added ‘We are One Land, One Culture, One People and One Ancestor. We are one people and we cannot do this without PNG.’

The office will coordinate and centralise awareness and advocacy efforts in PNG. The time is right for a Free West Papua chapter in PNG. The permanent and long-term presence of a Free West Papua chapter in PNG will assist in creating awareness and educating Papua New Guineans on the plight of the Melanesian peoples in West Papua who are still denied some of the most basic human rights under the oppressive Indonesian colonial rule.

The office opening also coincides with the launch of the ‘Sorong to Samurai’ campaign. Launched by Powes Parkop, the Governor of Port Moresby,  the campaign aims to gather signatories from across PNG in support of West Papua’s membership to the Melanesian Spearhead Group (MSG).