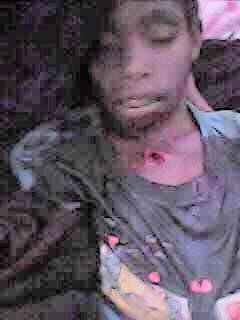 We have some incredibly tragic news to report from West Papua.

It has now been confirmed that Arlince Tabuni, an 11 year old girl was shot dead by the Indonesian military (TNI) on 1st July 2013 in Popume village, Mukoni District of the Lani Jaya regency, West Papua.

Four soldiers from the Indonesian military drove into Pupome village, Lani Jaya regency of West Papua, at 17.30 in the afternoon, reportedly looking for members of the Organisasi Papua Merdeka/OPM (Free Papua Movement). They asked a local person to leave when he could not tell them anything about the OPM when asked where they were and then the military proceeded towards the house of Arlince Tabuni

Seeing the arrival of Indonesian soldiers, Arlince Tabuni, tried to run away, but the military opened fire on the girl reportedly due to a sense of “excess frustration, and panic”.

Witnesses heard 3 gunshots and walked into her garden to find her dead with bullet wounds in her chest and neck.

International condemnation of the murder

The Commission for Missing Persons and Victims of Violence (KontraS) has urged investigation into the murder Arlince Tabuni.

“We deplore the violence still continues in Papua. Among them, we have the shooting information of a child, aged 11 years on behalf Arlince Tabuni.” said Yati Andriani, one of the staff KontraS, in a press release.

“The actions above shows the lack of professionalism and brutality of the security forces in conducting security operations,” Yati said. 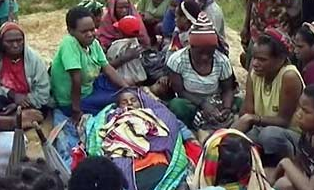 A demonstration was also held in Lani Jaya on 9th July, calling for all Indonesian soldiers to be pulled of of Lani Jaya, the UN to immediately mediate in West Papua and for a full investigation into the brutal murder of Arlince Tabuni.

How can Indonesia describe the situation in West Papua as “peaceful” when the Indonesian military continues to shoot dead innocent West Papuan children?

This is the real Indonesia in West Papua.

Such tragic examples of brutal murder and crimes against humanity by the Indonesian military will continue in West Papua until West Papua is fully free and independent.

This is just one example of the hundreds of thousands of innocent West Papuan people that have been killed and are continuing to be killed by the Indonesian military and police.

We understand that these are very distressing images but it is precisely because of incidents such as this that makes it more crucial than ever for the world to know about what is really happening in West Papua.

Over 500,000 innocent West Papuan men, women and children have now been killed by the occupying Indonesian military, and leaked images like this are becoming more and more common, highlighting the reality of the daily terror that Papuans face.

Please help to share this article and images throughout the internet and the world to let the world know what is really happening to the people of West Papua.

Atrocities such as this will only stop happening when the outside world begins to see the horror and oppression that all West Papuans, including children have to face on a daily basis under Indonesian military rule.

Please support the work of the Free West Papua Campaign.

We are a voluntary organisation and every donation we receive is used to help free the people of West Papua.

Visit the take action page and also consider donating to the campaign.

Please keep the West Papuan people in your hearts, especially at this time of tragedy.