Indonesia affirms restrictions to freedom of expression in Papua to UN 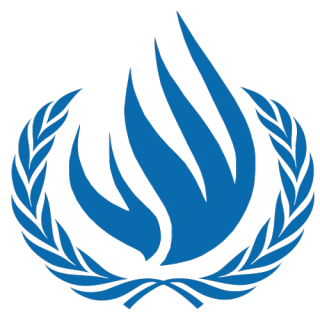 (July 11, 2013, Geneva) On July 10 and 11, 2013 the UN Human Rights Committee reviewed the implementation of the International Covenant on Civil and Political Rights, one of the most important human rights treaties Indonesia has ratified and has the obligation to implement to ensure protection of these rights in Indonesia.

The Committee highlighted the ongoing violence in Papua and deplored the excessive use of force by the Indonesian security forces. Since there is no effective mechanism available to hold military members accountable, the Committee sees re-occurrences of such violations as likely until Indonesia takes measures to develop effective complaint procedures. The Committee referred to the high number of extrajudicial killings that have occurred in Papua over the last 2 years and deplored the use of violence in dispersing peaceful protests in Papua.

Poengky Indarti from human rights watchdog Imparsial said “the discussion about Papua at the UN Human Rights Committee shows that ongoing human rights violations in Papua continue to be a key concern for the international community.”

While Indonesian military tribunals are in most cases not open to the public and do thus lack transparency, impartiality and independence, the Indonesian government delegation falsely claimed to the Committee that these tribunals are generally accessible to public. Indria Fernida from London based Tapol was shocked to notice the “level of denial of institutional shortcomings that prolong the culture of impunity in Indonesia.”

“Victims are disappointed about the failure of Human Rights Courts in Papua and badly need an effective complaint mechanism for violations perpetrated by the military”, Indria Fernida added.

The Human Rights Committee emphasizes that courts holding members of the military responsible have to be open, impartial, transparent and accountable. NGOs who attended the review expect the Committee to give strong recommendations to the government to review the Military Court Law.

The government delegation claimed to the Committee that local media in Papua is free to publish any news. Meanwhile, cases of intimidation, threats and violence against local journalists in Papua continue. In recent years, the international community had to witness the extrajudicial killing of Journalist Ardiansyah Matrais and the violent attack against Journalist Banjir Ambarita.

In its review, the UN body also deplored the situation of freedom of expression in Papua. Lieutenant General ret. Bambang Darmono, chief of the Unit for the Acceleration of Development in Papua and West Papua (UP4B), as a member of the government delegation responded to the Committee, that “freedom of expression is not absolute”. Information the Committee referred to, deplored the problem of political prisoners in Papuan jails. The government’s delegation stated its position that Filep Karma, Kimanus Wenda and other prisoners are lawfully imprisoned for their expressions aiming to separate Papua from Indonesia. According to the delegation, the Indonesian government would continue to stop peaceful expressions of political views that aim at the separation of Papua from Indonesia by means of criminal charges. The delegation sees this limitation of freedom of expression as necessary to maintain state sovereignty and the territorial integrity of Indonesia.

Budi Tjahjono from Franciscans International feared that “this implies a prolongation of the detrimental security approach in Papua.”