The death of an activist after she participated in a peaceful protest in Papua, Indonesia, is a tragic reminder of the precarious state of freedom of expression and assembly in the region, Amnesty International said. 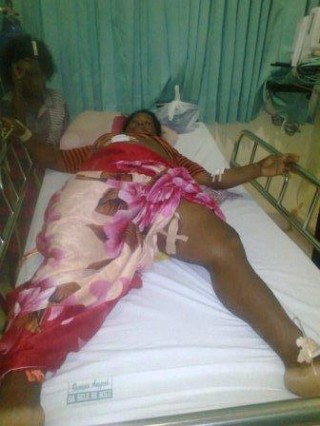 Salomina Kalaibin died in hospital on 6 May due to gunshot wounds she received six days earlier at a peaceful commemoration of the 50th anniversary of the handover of Papua to the Indonesian government by the United Nations Temporary Executive Authority.

Two other people were killed and at least seven other protesters were wounded during the event. At least 22 individuals are currently detained for having participated in the peaceful activities. Many allege the security forces were responsible for the violence.

“The death of the three political activists is a stark reminder that in Papua, speaking out comes with a high price,” said Isabelle Arradon, Asia-Pacific Deputy Director at Amnesty International.

“It is imperative that authorities in Indonesia urgently set up a comprehensive and independent investigation into allegations of unnecessary use of firearms by security forces during the protests, make the results available to the public, and bring those responsible to justice.”

“Failure to take action will send a message that the security forces in Papua operate above the law.”

On 30 April, police and soldiers opened fire on a group of people who had peacefully gathered in Aimas District, in the city of Sorong, to organize commemorative activities the following day. Two men, Abner Malagawak and Thomas Blesia, were killed on the spot while Salomina Kalaibin, a woman, died six days later due to gunshot wounds to her stomach and shoulder.

Two others also suffered gunshot wounds during the incident. Police claim the shootings were done in self-defence.

At least six people have since been arrested and charged with “rebellion” for possession of the Morning Star flags, a symbol of Papuan independence which is prohibited under a 2007 government regulation.

On 1 May 2013 police opened fire into the air to forcibly disperse hundreds of peaceful protesters who had gathered at a market complex in Kwamki Baru, Timika and allegedly shot five people. At least 10 protesters were taken to Mimika District police station and charged with “rebellion”.

That same day, at least one person was shot in the city of Biak when security forces opened fire at a group of at least 50 people who had gathered to raise the Morning Star flag.

Article 6 of Indonesia’s Government Regulation No. 77/2007 prohibits the display of separatist logos or flags and Articles 106 and 110 of the Criminal Code prescribe heavy punishment for “rebellion”.

“The fact that Indonesian law is being used to criminalize freedom of expression, coupled with a situation in which abuses by security forces are rarely brought to civilian courts is a dangerous situation for peaceful political activists and human rights defenders in Papua,” said Arradon.