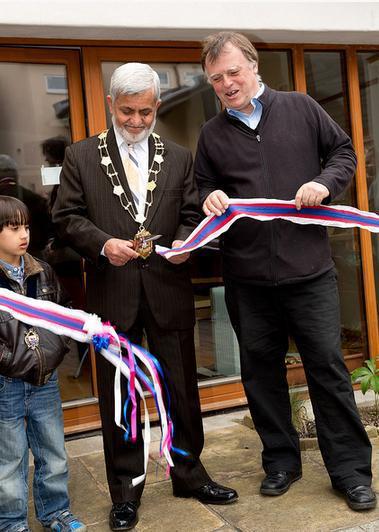 Three days after being condemned by the UN for trying to silence freedom of speech in West Papua, the Indonesian government has attempted to silence freedom of speech in the UK. The UK ambassador was summoned to the Indonesian foreign office in Jakarta to explain why the UK had allowed the Free West Papua Campaign to open our new headquarters in Oxford. The UK Ambassador to Indonesia gave full support to the right of the Free West Papua Campaign in the UK to open an office and freely express it’s political views.

The UK has always been known as a country where democracy and freedom of speech are respected, and offers a safe haven to representatives from Palestine, Kurdistan, Tibet, Western Sahara and many other places around the world who would be persecuted in their homeland. The Indonesian Government has no right to be meddle in the internal affairs of the UK. 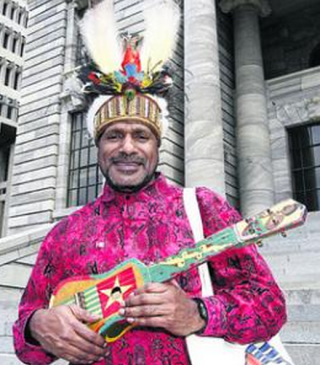 West Papua independence leader Benny Wenda stated, “I am forever grateful to the British Government for protecting me and my family, and recognising the political nature of Indonesia’s attacks against me. This new office will become a beacon for the voice of West Papua’s struggle for freedom. I would also like to place on record my support for the comments made by the UN High Commissioner for Human Rights Navi Pillay, condemning Indonesia’s suppression of freedom of speech and political opinion in West Papua“.

On May 1st as West Papuan people protested the 50th anniversary of being forced to integrate with Indonesia the Indonesian security forces murdered 3 peaceful activists and arrested and tortured many more. On 2nd of May the UN High Commissioner for Human Rights Navi Pillay said “These latest incidents are unfortunate examples of the ongoing suppression of freedom of expression and excessive use of force in Papua“. The high commissioner stated “I urge Indonesia to allow international journalists into Papua and to facilitate visits by the Special Rapporteurs of the UN Human Rights Council”. 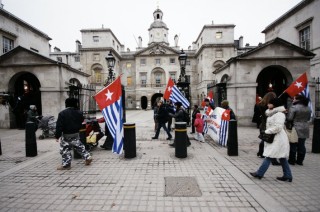 We would like to thank the thousands of people who have been sending messages of support. Awareness of the suffering and injustice in West Papua is growing rapidly all around the world. Peace, truth and justice is the way forward. We will not be silenced. The West Papuan people will be free again.’ 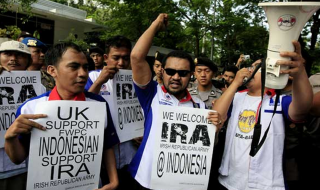 The continued escalation and the reaction of the Indonesian government as West Papua becomes an International issue has resulted in demonstrations and burning of British symbols outside the British embassy in Jakarta.

Benny Wenda is the founder of the Free West Papua campaign, based in Oxford, UK. The campaign, which advocates a peaceful, nonviolent route to Papuan self-determination, is supported by parliamentarians around the world, including several British MPs.

West Papua was annexed by Indonesia in 1963. The basis for the Indonesian claim to the territory, which is rich in natural resources, is the so-called ‘act of free choice’.  It is now well-proven that the 1022 people who voted on behalf of the Papuan people for union with Indonesia were neither representative nor free. Eyewitnesses have recorded that the exercise was a sham and that the voters were coerced into voting for the union. Chakravarthy Narasimhan, the U.N. undersecretary general who handled the Act of free choice admitted in 2004 that,  “it was just a whitewash. The mood at the United Nations was to get rid of this problem as quickly as possible, Nobody gave a thought to the fact that there were a million people there who had their fundamental human rights trampled. Suharto 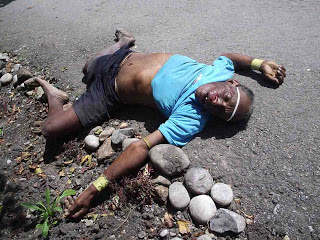 Over 500,000 innocent people have been killed by the Indonesian military in West Papua

was a terrible dictator. How could anyone have seriously believed that all voters unanimously decided to join his regime? Unanimity like that is unknown in democracies.” Since then, the Indonesian police and army have continued to conduct appalling human rights abuses and murder in order to secure their rule. It is estimated that over half a million ethnic Papuans have been killed by Indonesian forces since the start of the occupation.

Benny Wenda himself was granted asylum in the UK after he fled political imprisonment and torture at the hands of the Indonesian police. At the request of Indonesia, he was placed on an Interpol red notice list, which was removed after it was demonstrated that the Indonesian charges were politically motivated and unsubstantiated. He is a Nobel Peace Prize nominee.