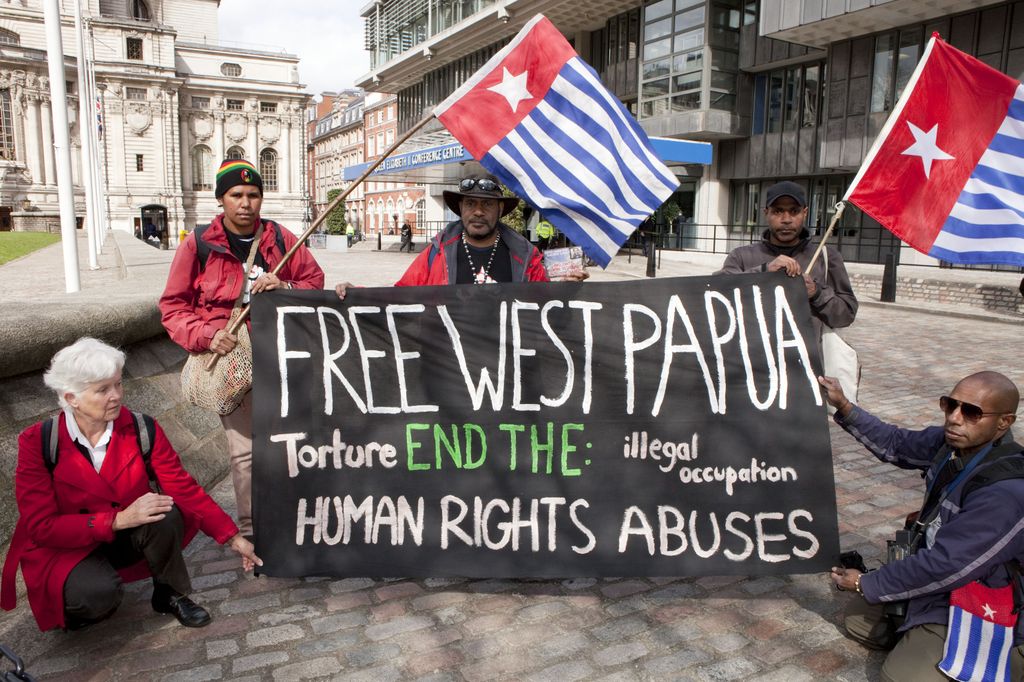 Protesters from the Free West Papua Campaign joined activists from other groups for a protest outside the Annual General Meeting of multi-national mining company Rio Tinto in London last week.

Rio Tinto, the main shareholder in the Freeport mine in West Papua, stand accused of a string of environmental and human rights breaches. They have previously admitted to paying the Indonesian military to provide security for the Freeport Mine, despite the fact that the same military are responsible for the ongoing ethnic cleansing of the indigenous population.

See more in this report in the Guardian