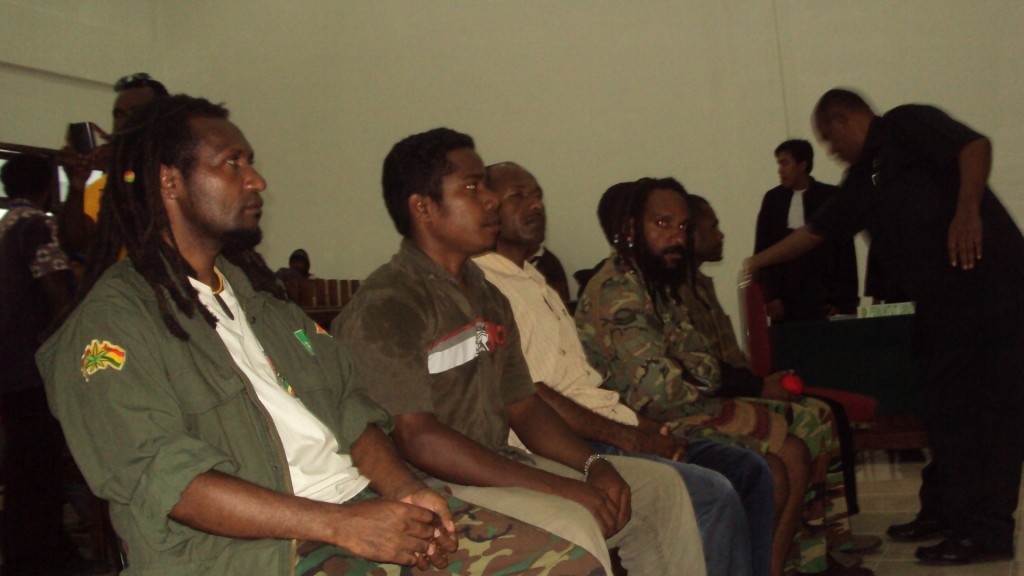 KNPB activists in court during their sentencing

Six members of the KNPB, from Timika have today been given one year prison sentences.

They were sentenced on allegations that they were carrying dangerous weapons and for treason. Their lawyers asserted the six were non violent activists and that no case had been proven against them.

They say they will lodge appeals against the sentence. The court case was described as farcical by observers.

The six were arrested in October last year amid a crack down on KNPB activists by Indonesia’s counter-terror unit Detachment 88.

Watch this video of the men in prison which has been smuggled out. It shows them playing music in their cell and sending a clearing plea to the outside world to help them.