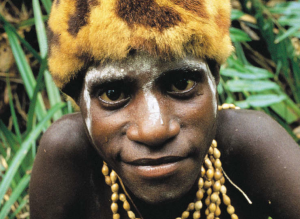 West Papuan students from AMP in Yogyakarta (Indonesia) have protested against the deaths of 95 Papuans due to ‘systematic starvation’ by the Indonesian state.

We are sorry to report the tragic news from West Papua that 95 Papuans have starved to death from severe malnutrition in 3 villages in the district of Tambrauw and 535 more people are ill and at risk from suffering the same fate.

The Indonesian government is systemically depriving the Papuan people of adequate access to food and healthcare. They are being slowly starved and killed from Jakarta. The Papua office of the National Commission for Human Rights (Komnas HAM), said it was inconceivable how the authorities had allowed people to starve to death. “How can so many people be suffering from this? This is no natural disaster.” West Papua is the largest and by far the most resource rich province of Indonesia but it remains by far the poorest.

The average poverty rate of Indonesia is currently 11.96 percent, whereas the level of poverty in Papua is 31.11 percent. Despite this blatant deprivation, the Indonesian government still denied the scale of the catastrophe and their responsibility in the people’s deaths.

The Minister for People’s Welfare Agung Laksono said: “It cannot be classified as mass deaths” and “There were 15 people who died because of malnutrition since November, not 95 as reported.” Hundreds of Papuans will continue to die of hunger and disease until West Papua is free and Papuans can adequately manage their own land and resources.