The following article comes from The Guardian and was originally published here. 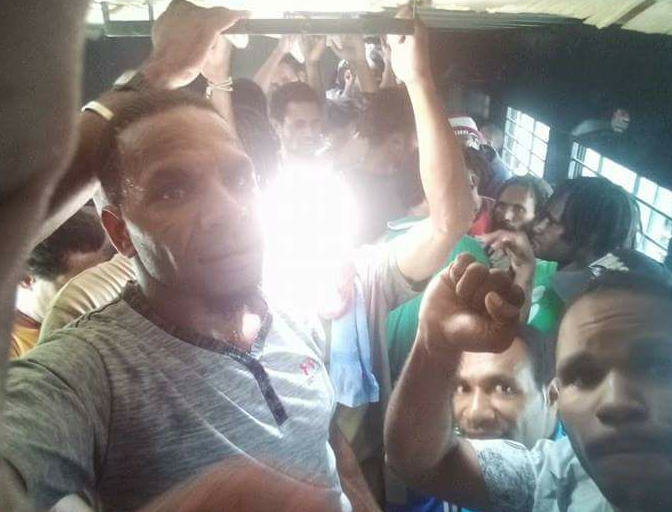 Dozens of students and activists have been detained by Indonesian security forces at a West Papua university.

It comes amid fatal shootouts in the region and the release of a high-profile activist from prison.

More than 40 people were taken into custody at the University of Cenderawasih campus in Jayapura on Wednesday morning, according to the National Committee for West Papua (KNPB), and were still being questioned on Wednesday afternoon.

The university is considered one of West Papua’s top institutions and has a history of student activism and violent clashes with Indonesian authorities.

Gustaf Kawer, who is part of the Association of Human Rights Lawyers for Papua, told Guardian Australia three women and 41 men had been detained and taken to mobile police (Brimob) facilities where his team was able to meet with them, and then transferred to police headquarters in Jayapura.

“No formal charges have yet been issued. Usually in cases like this they use the ‘makar’ provision of the law for rebellion – a broad allegation the state can make,” Kawar said through a translator.

“This detention happened without proper warrant or any proper documentation of any kind. Normally there is a clear legal procedure but those procedures were not followed in this case.”

Kawar said it was not clear when they would be released and alleged some people were hit by Indonesian officers during the raid.

Yeimo said he believed the raids related to unsourced propaganda distributed earlier in the week, which said there was a West Papuan independence event scheduled for Thursday.

“My secretary general in KNPB he already met with the journalist and made a press conference yesterday … to clarify that there was nothing planned for tomorrow,” Yeimo said.

Yeimo said he thought the police believed the misinformation came from KNPB but it did not.

KNPB had been calling on West Papuans not to vote in upcoming elections.

Yeimo also suspected the raids were a distraction from separatist conflict elsewhere in the province, including in Timika, where at least two people were killed on Tuesday.

“We want to tell the people on the outside to take a close look in West Papua because I think this is related to the Timika fighting,” he said.

There were conflicting accounts about the number of people killed and injured.

He accused the West Papuan separatists of burning homes, a school house and a hospital.

However, the West Papua National Liberation Army said just one of their members, but dozens of Indonesian security personnel, were killed in the firefight. They said a 10-year-old boy was killed when his village was shelled by the Indonesian military.

Guardian Australia is unable to verify the claims of either side.

West Papuan separatists and Indonesian forces have been in conflict for decades. The region was annexed by Indonesia in 1963, an act that was formalised by an internationally discredited UN-supervised vote six years later.

Last year activists smuggled a pro-independence petition signed by more than 1.8m West Papuans out of the country and delivered it to the United Nations but was rebuffed by its decolonisation committee, which said West Papua was outside its mandate.

Earlier this week a West Papuan activist and organiser of the petition was released from prison after 10 months of incarceration.

Yanto Awerkion, deputy chair of the Timika branch of the KNPB, was put on trial for treason for his involvement in the petition. In January the Free West Papua campaign raised serious concerns about his health in detention.

Free West Papua said Awerkion was sentenced last month to 10 months in prison, despite facing up to 15 years. With time served he was released this week.