This is an urgent alert for the international community and the international media. The Indonesian military and police are set to imminently storm two West Papuan villages and take villagers there “dead or alive”. We are extremely worried about all civilians, especially women and children and we call upon the world to please closely monitor the situation. 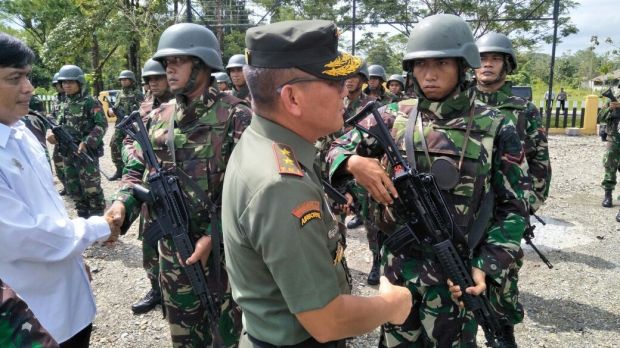 In the past few days, news has filtered out through West Papua about of a standoff between Indonesian military and police personnel, and West Papuan “rebels” in the Tembagapura region; which is located right next to the world’s largest goldmine of operated by Freeport McMoRan.

At least 200, and possibly up to 700 Indonesian military and police personnel are currently surrounding the villages of Banti and Kimberly and are imposing a blockade, making it almost impossible for people to leave and enter. According to latest reports, the Indonesian Security Forces are set to imminently storm the villages, with Indonesian police spokesperson Suryadi Diaz saying of the 100-people targeted, ‘They will be taken dead or alive,’.

The Indonesian government’s hoax claims of a “hostage crisis”

The Indonesian government’s justification for its raid is that around 100 West Papuans from the area are holding 1300 people, mostly their own relatives, “as hostages” in their own villages however as Natalius Pigai, from the National Human Rights Commission, has confirmed, “I assure you there is no hostage situation. It is impossible (they) would hold their own relatives hostage.” He also stated, “People are terrified, that’s why (the Free Papua group) are standing guard…so the military cannot enter,” 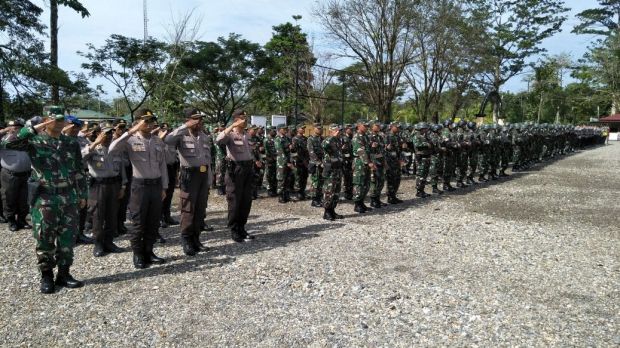 Jonathan Kibak, a community leader from Banti told Fairfax Media, “I would like to stress we are not being held hostage,” He confirmed that West Papuans had no desire to leave the area but that they were frightened of the Indonesian military and police. Of the few Indonesian migrants also living in the area, Jonathan told the media, “They are safe, they are not being treated differently. They are our neighbours.” He also said, “No one in the village is being stopped from doing daily activities.”

Indonesian human rights lawyer Veronica Koman has also testified that villagers are living in fear of the Indonesian security forces. She told Radio New Zealand, “Police and military have been patrolling there, like stationed there. And what prevents the villagers to go back and forth is that they are terrified by the Indonesian police and military,” she said. “They are afraid that they will get shot. So that’s what is actually happening there.”

Meanwhile the Indonesian military and police are trying to stir up panic, describing the situation as a “hostage” crisis in order to justify armed military raids on West Papuan villages openly speaking out against the Indonesian occupation of West Papua and the Grasberg Mine operated by Freeport McMoRan. 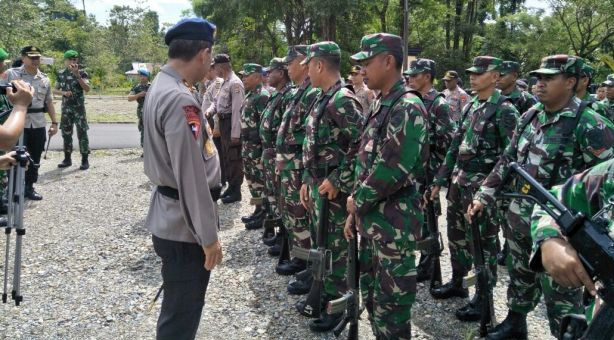 They asked her, “Who are you spending this lot on?” and she replied that she is buying groceries because there is hunger in around 7 villages.

According to Radio New Zealand, Indonesian human rights lawyer Veronica Koman said that ‘contrary to Indonesian media reports, the heavy presence of the security forces was hampering, rather than assisting, the villagers’ ability to access their food gardens.’

“They are being intimidated and reluctant to garden, so they’ve just been living and eating just by buying stuff from kiosks. But they’ve also been intimidated by lots of questions by police and military while they buy their food.

“So the Papua [provincial] government has been trying to send food to Banti village, but police blocked this access,”

‘While police conducted a ceremonial opening of access to the village, the villagers still had not received the food from the provincial government.’

The Indonesian military and police have a long history of lying to the international community in West Papua. It is extremely difficult to verify reports from the two villages right now. We hope that more international media as possible will be able to freely enter Tembagapura and accurately report on the real situation, helping to expose what the Indonesian military and police are really doing there.

We call upon the international community to keep an eye on the urgent situation in West Papua and to advocate for an immediate peaceful solution to the crisis in Tembagapura.

We call upon the Indonesian military and police to stop their blockade and allow the people of the villages freedom of movement as well as access to food and medical supplies.

The situation in Tembagapura illustrates the climate of violence, fear and misinformation which thrives in occupied West Papua. There is an urgent need for a peaceful resolution to the suffering in West Papua which addresses the root cause of the problems and allows the West Papuan people to determine their own destiny through an Internationally Supervised Vote on self-determination.