1st December marks West Papua’s original independence-day when the Morning Star flag was first raised in 1961 before being invaded by Indonesia. The flag is recognised as the national flag of West Papua and continues to be the defining symbol for a Free West Papua. Today it is illegal to raise this flag in West Papua and people who do face arrest, torture and long jail sentences. Former West Papuan political prisoner Filep Karma served 15 years in prison just for raising the flag on 1st December 2004.

The world is increasingly rising up in support of the West Papuan people, but with international progress, Indonesia reacts with increased intimidation and brutality. Last year, between 5000 and 8000 West Papuan people were arrested for peaceful political actions, and many were tortured and even killed.

1) Raise the West Papuan flag! Raise the flag and help to raise awareness and solidarity for West Papua’s freedom! Try and raise it in an eye catching location! Why not get as many people to join the flag raising as possible? 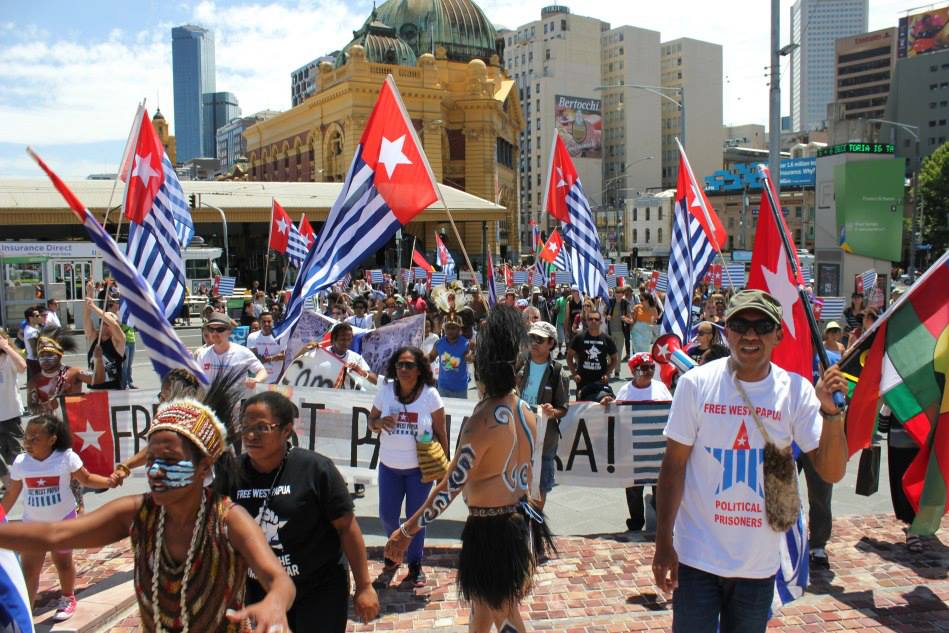 If you don’t have a flag, no problem! You can simply print out this image or make one. Get inspired by some of the examples below!

2) Send us a photo from wherever you are PLEASE join in and invite all of your friends and family locally, & around the world to do the same and then share the photos to facebook or twitter. We’d like to create map around the world of where the flag is being raised to build a truly global picture of the support for a Free West Papua. There’s a prize for the best!

3) Join our fundraising appeal! We are at a critical point in the campaign at the moment but are currently operating on a shoestring due to the heavy demands of increasing international support for West Papua. We are reaching new heights and the campaign simply cannot operate and be self-sustainable without the much needed and ever appreciated funds so generously donated by good willed people around the world.

Being a campaign, we unable to receive charitable status and few big donor organisations are willing to fund political campaigns. Therefore your support is vital for the campaign to continue to run its essential services.

Please join our 2017 fundraising appeal here and encourage others to do so too.

Please do keep spreading the message of the West Papuan people! We need as many people as possible to keep talking about West Papua now and throughout December. It is urgent that we shine a light on our brothers and sisters in West Papua. 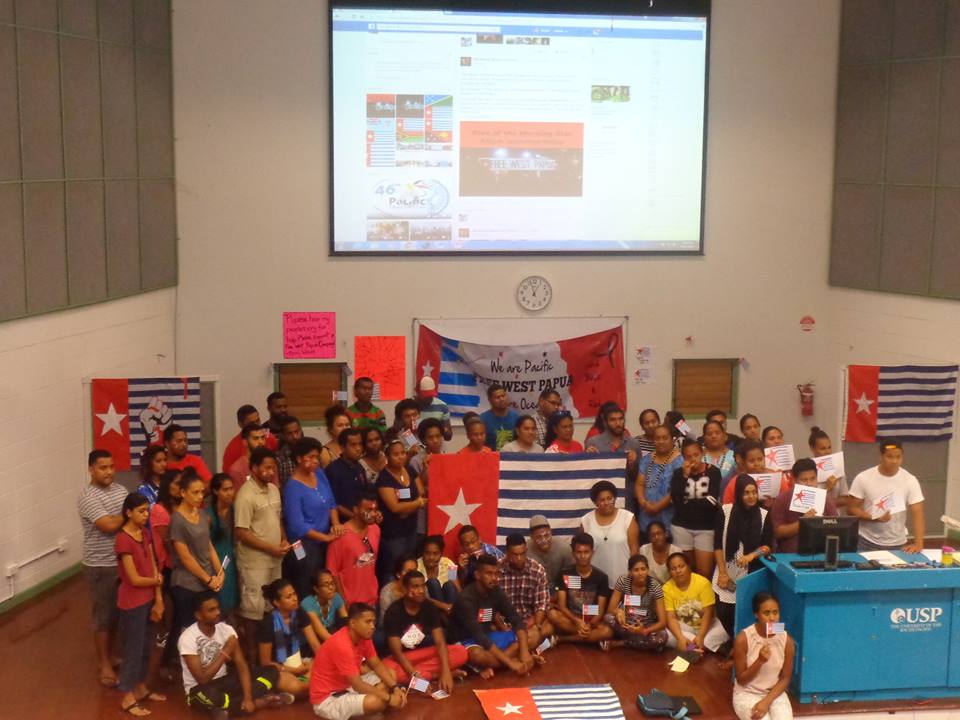 Most of the photos we receive on the day are from individuals but if you would like to attend a larger event, here are some which are already planned:

We are also holding a competition for the best/most dramatic photo. Be imaginative and have fun by thinking of an eye catching or significant location or why not try to get as many people as possible all holding images of the flag in one photo. The winner(s) will get a free, Free West Papua poster signed by Benny Wenda.

Please join us and let’s raise the Morning Star high and far and wide!

West Papuan flag raised in Curacao, in the Caribbean.