On Friday 29th September, people in Sentani, West Papua, gathered to give thanks at the success of the West Papuan People’s Petition which was presented to the United Nations on 26th September. 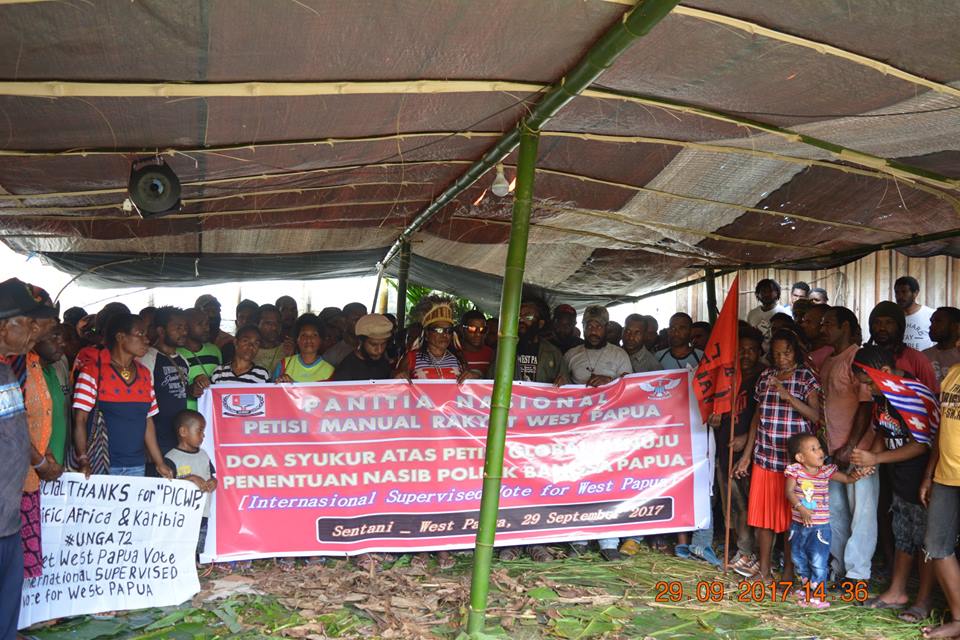 “The unprecedented petition of 1.8 million signatures of West Papuans has been delivered to the United Nations to remind the UN of the legacy of its failure to supervise a legitimate vote in 1969 and its ongoing duty to complete the decolonisation process.” 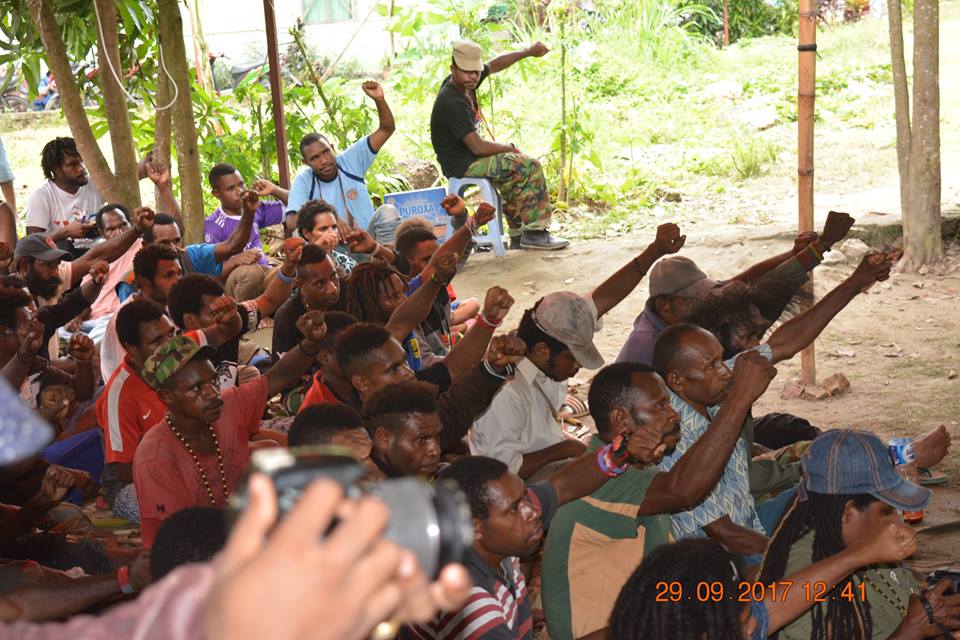 Allen Halitopo expressed his gratitude to the ULMWP Executive Committee who has worked hard to submit the West Papuan People’s Petition to the United Nations Decolonization Committee. 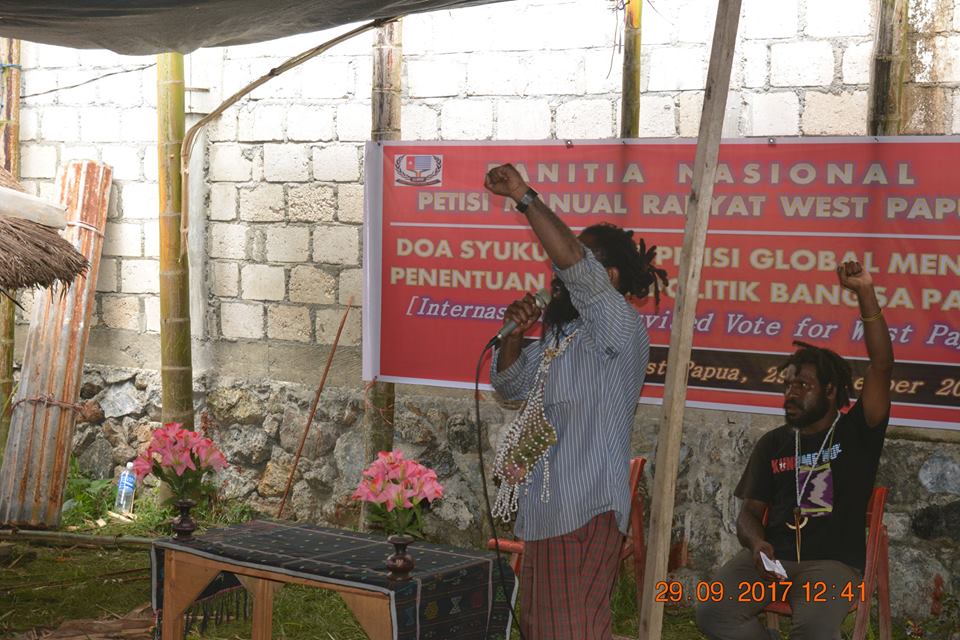 Calvin Wenda, Chairperson of the Local Petition Committee in the area and Chairperson  of KNPB in the Numbay area also expressed his gratitude to all parties who have been involved and took part in this petition. He said that all this could not have happened without the the support of the West Papuan people so that we can win this victory. 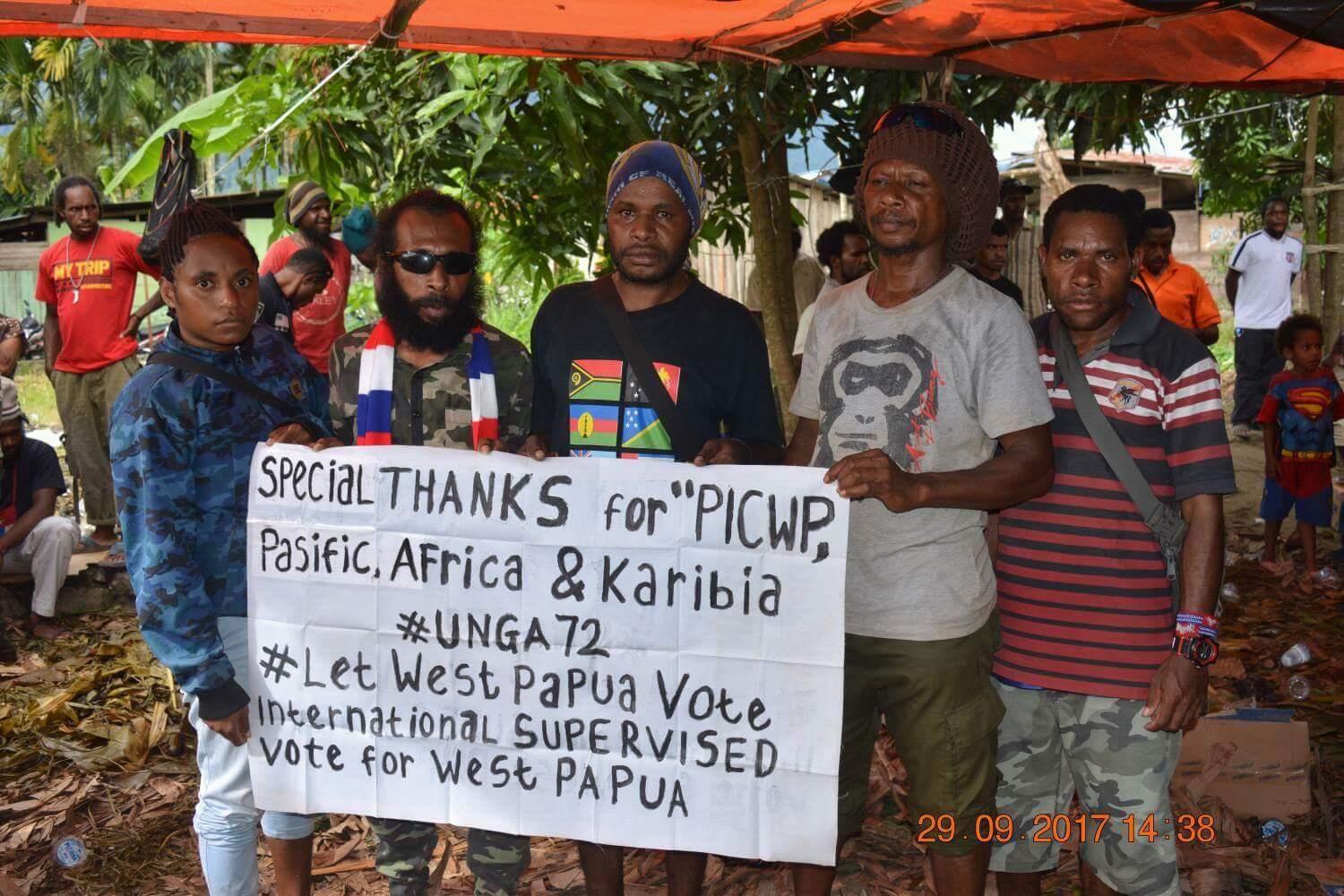 The West Papuan people also expressed their special thanks to the countries who supported West Papuan self-determination at the United Nations General Assembly last week: Tuvalu, Vanuatu, Solomon Islands and Saint Vincent and the Grenadines.