Today at the House of Lords in the British Parliament, the renowned Human Rights activist Peter Tatchell was awarded the Gandhi Foundation International Peace Award which he dedicated to the people of West Papua and their struggle for freedom. The dedicated award was accepted by Koteka Wenda, the daughter of West Papuan Independence Leader Benny Wenda. 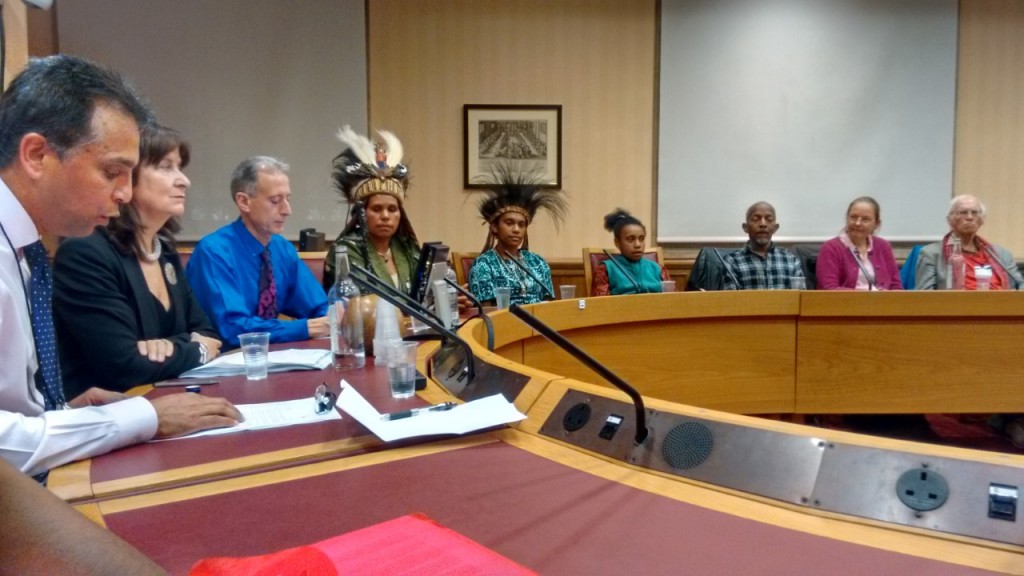 Peter stated, “I dedicate my acceptance of this award to the heroic people of West Papua and their national liberation struggle against Indonesian colonisation and military occupation.”

“I stand in solidarity with West Papuans and their right to self-determination. Indonesia should agree a UN-supervised referendum of the indigenous West Papuan people, to let them decide whether they want to remain part of Indonesia or be independent. It has been clear for decades that a majority want independence.”

He went onto say, “I stand with the West Papuan people to demand: Referendum now! Then independence! Freedom for West Papua has been long delayed but it cannot, must not and will not be denied.”

Koteka Wenda then made a moving speech in which she thanked and congratulated Peter Tatchell on behalf of the people of West Papua and told the story of the West Papuan struggle against oppression. She appealed for support in her people’s campaign for freedom and shared the dream of all West Papuan people to finally live in Peace and Freedom. She said,

“I was born as a refugee in Papua New Guinea after my parents had to flee West Papua from persecution by the Indonesian military.” 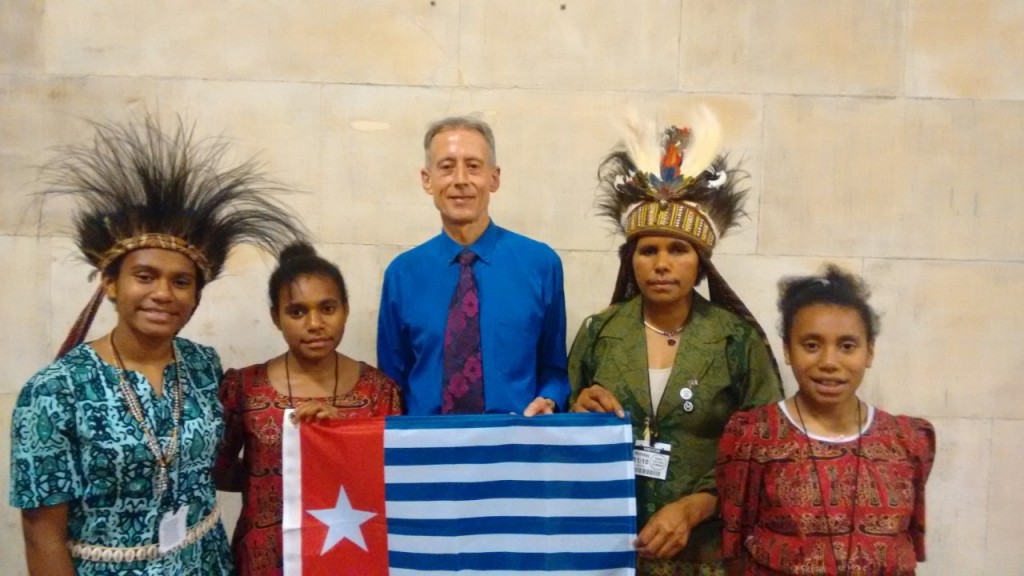 “As a young West Papuan I ask the House of Lords and the British Parliament and people from the bottom of my heart to please support my suffering people. Please take action to help stop this ‘secret’ Genocide and support the fundamental right to self-determination for my people.

“We desperately need support for an Internationally Supervised Vote, our Independence Referendum that was promised to us by the United Nations. We will continue to peacefully campaign until this promise is finally fulfilled.”

A full transcript of both speeches is expected to be available soon.

The Free West Papua Campaign is truly grateful to Peter Tatchell, the Gandhi Foundation and all those who helped this event take place, for all their heartfelt support and solidarity for West Papua’s freedom.