15th August 2016 marked exactly 54 years to the day that West Papua was handed over to Indonesia without the agreement of a single West Papuan person. This so called “New York Agreement” was held by Indonesia, the Netherlands and the USA in New York behind closed doors. It is known to West Papuans as the “Day of Broken Promise” as it promised an act of self-determination (an Independence referendum for all West Papuans) which has still not yet taken place. Rallies were held across West Papua and across the world to demand that this promise be fulfilled after 54 years of Broken Promise. 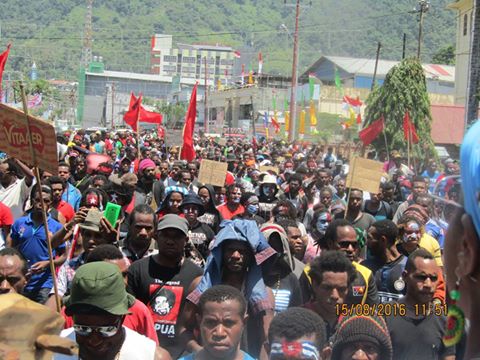 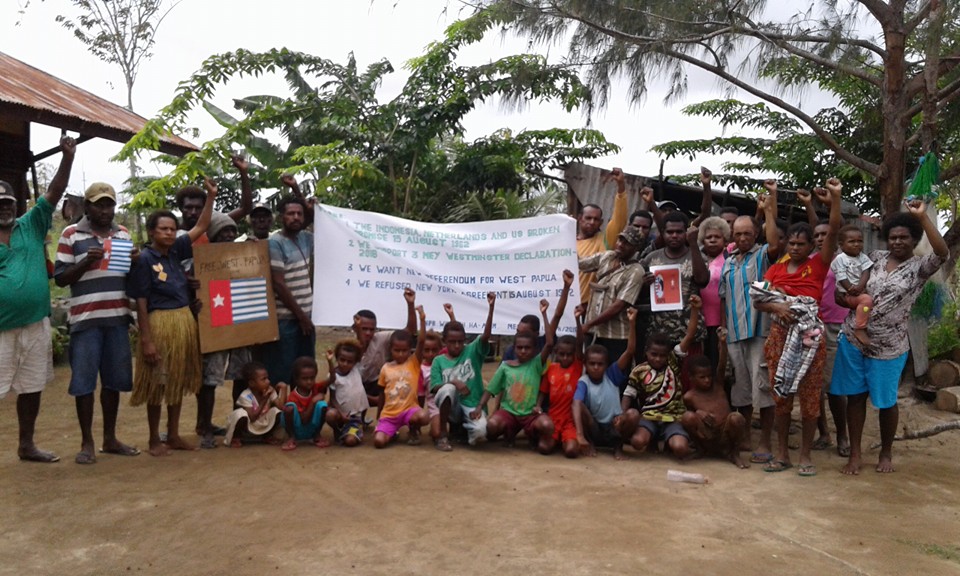 All generations of West Papuans in Merauke, showing their support for a REAL referendum after the Day of Broken Promise

Across West Papua, thousands of people took to the streets to demand justice and protest against the 54 years of injustice since the New York Agreement. Places where rallies and other demonstrations were held included Port Numbay/Jayapura, Manokwari, Merauke, Nabire, Sorong and Timika. Other rallies were also held in Bali and Jakarta and it is reported that in Jakarta 22 West Papuan people were arrested for peacefully demonstrating. 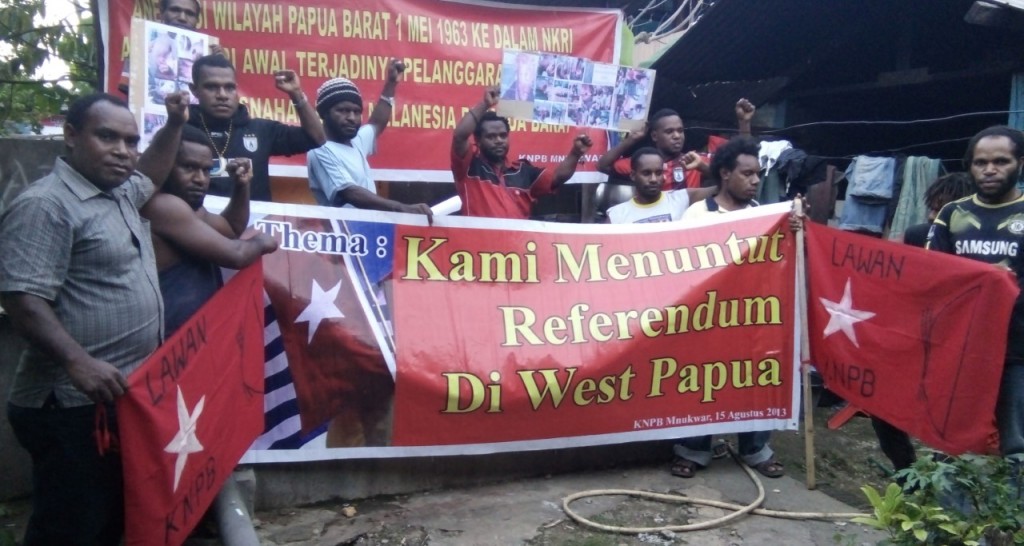 The people of Manokwari, West Papua demanding a referendum after 54 years of Broken Promise

The day before, on 14th August at least 50 West Papuan people were reportedly arrested in Port Numbay/Jayapura just for distributing leaflets informing people of the peaceful rallies taking place. Up to 21 people were then arrested on the day including a 9 year old and a 10 year old child, however there are reports that hundreds of others were also arrested in Port Numbay/Jayapura. 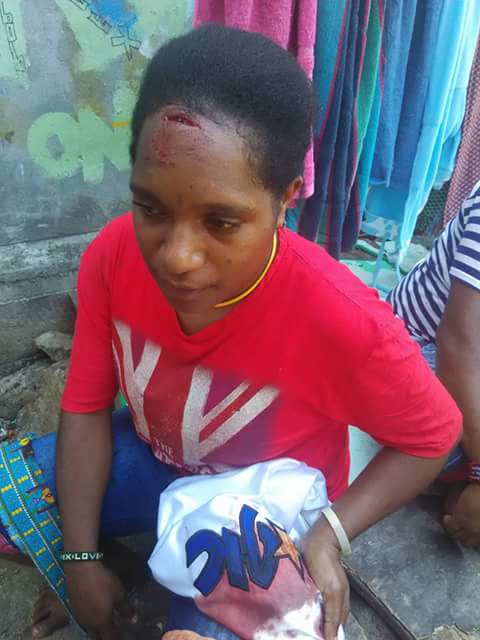 1. Elmin Kemon (27 years old) was shot in the chest in front of the Mimika hostel in Waena.

4. Berina Magay was hit in the eye with a rifle butt.

7. Tinus Nelambo (23 years old) was tortured by the Indonesian military and police in Waena.

8. Kempes Kogoya was beaten with guns and after being forced to remove his motorbike helmet he was beaten until his head bled. Once he was eventually treated he had to receive as many as 8 stitches in his head.
Such brutal human rights violations show the world that the Indonesian authorities have no respect for freedom of expression or other human rights in West Papua. 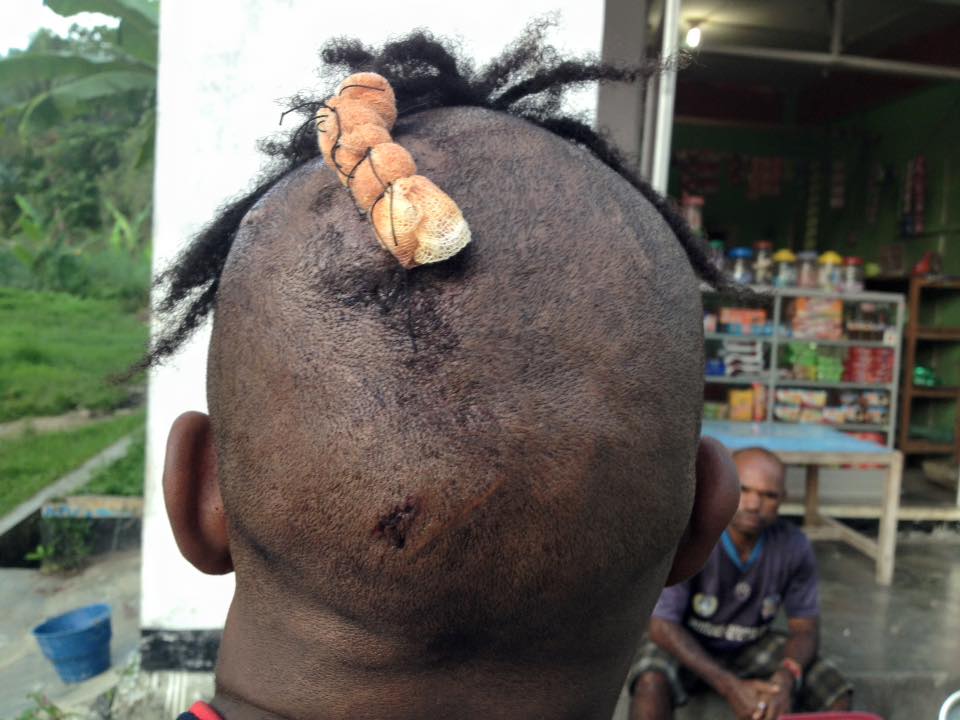 Kempes Kogoya was beaten with guns and after being forced to remove his motorbike helmet he was beaten until his head bled. He had to have as many as 8 stitches.

The people of West Papua continue to have their human rights brutally suppressed, just for peacefully demonstrating for their fundamental right to self-determination. We continue to appeal to governments, human rights organisations, civil organisations and others to please advocate for the rights of the West Papuan people and to help to expose the ongoing human rights violations being perpetrated against them on a regular basis.

Rallies held across the world 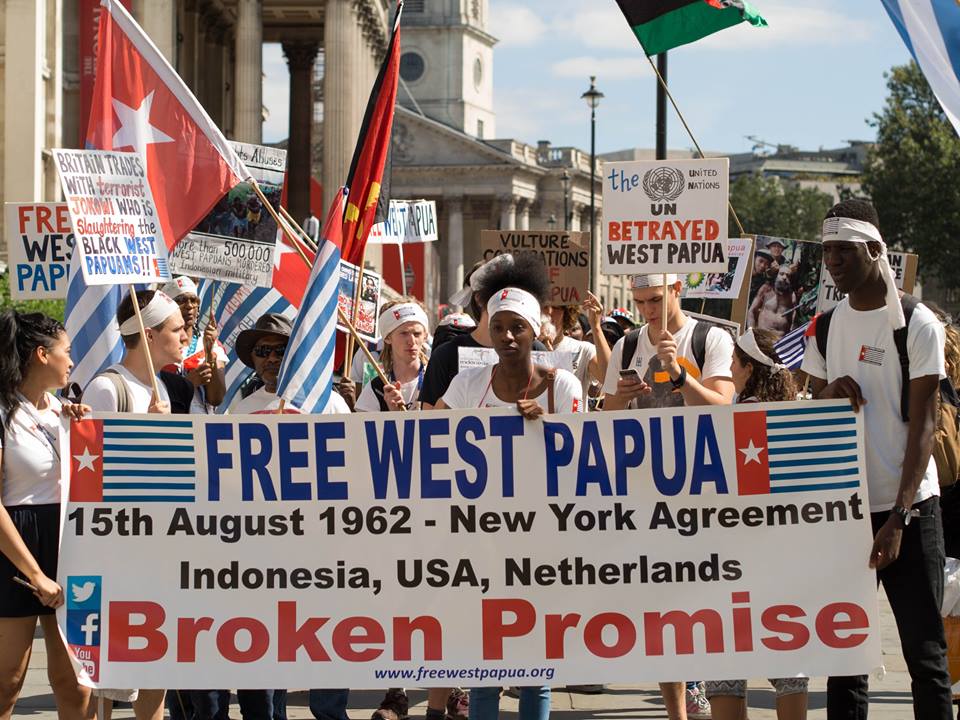 Rallies were also held across the world in solidarity with the people of West Papua and their ongoing struggle for freedom. In London, Free West Papua Campaign – UK held a Peace March from Trafalgar Square to the Indonesian Embassy, with stop offs at the Papua New Guinean and Fijian Embassies who kindly received petitions calling for West Papua’s full membership of the Melanesian Spearhead Group (MSG).

Free West Papua Campaign – Western Australia (WA) also held demonstrations at the beach in Freemantle and outside the Indonesian Consulate in Perth. 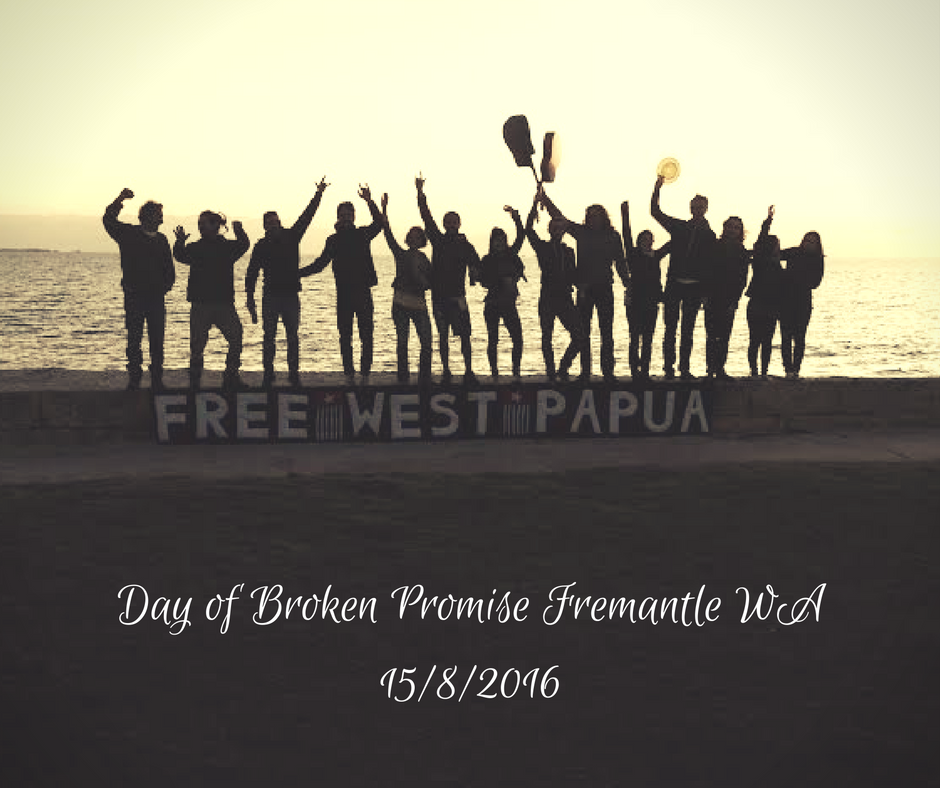 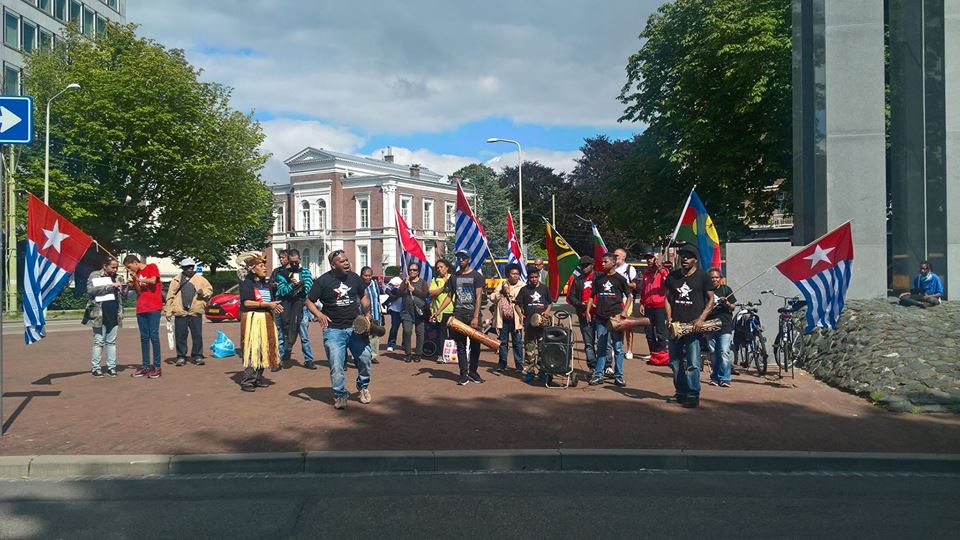 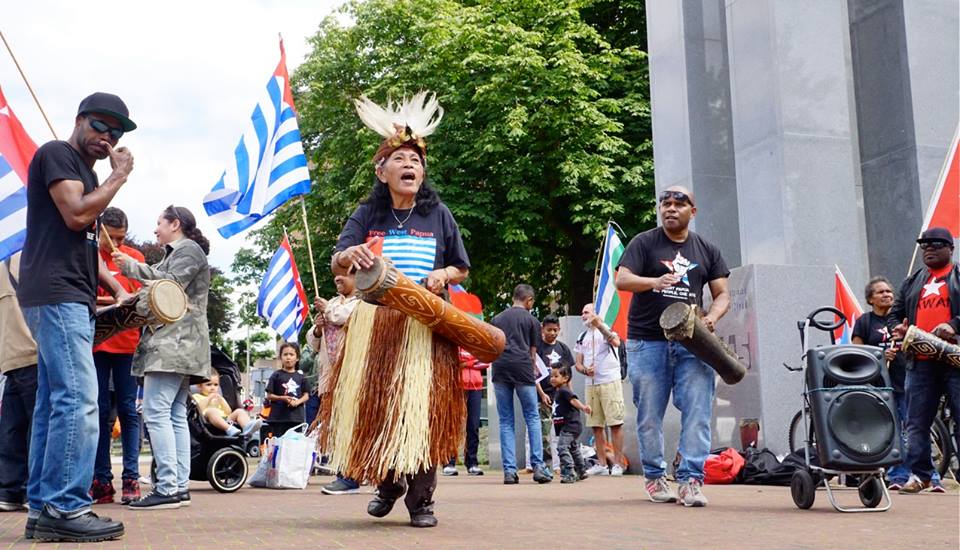 Also in The Hague, Free West Papua Campaign – Netherlands organised a demonstration outside the Peace Palace to call for self-determination and justice for West Papua after the Day of Broken Promise.

The Free West Papua Campaign would like to thank everyone who attended and supported the Global Day of Action for West Papua to demand justice after the New York Agreement, the Day of Broken Promise.

For 54 years, the people of West Papua have been suffering in silence under Indonesian colonialism which they have never agreed to. They continue to risk their very lives by coming out onto the streets to peacefully demonstrate and show the world that they need international support. Now people in countries all around the world are standing up to this neglected genocide of the West Papuan people and using their voice to call for West Papua to be free at last.

For more information about what YOU can do to TAKE ACTION for a FREE WEST PAPUA, please CLICK HERE