This statement has been released by West Papuan Independence Leader Benny Wenda following the mass arrests and torture of West Papuan people for peacefully demonstrating for full membership of the Melanesian Spearhead Group (MSG). For media inquiries, please contact office@bennywenda.org

Last week a historic meeting of the Melanesian Spearhead Group (MSG) was held in Honiara, Solomon Islands and discussed the full MSG membership of the United Liberation Movement for West Papa (ULMWP). The final result was differed for technical reasons and will instead be announced in Vanuatu in September. However ULMWP is full of hope and confidence at the firm support of the majority of MSG members and our fellow Melanesian people. I watched with my own eyes as thousands of fellow Melanesians marched in Honiara in a powerful and historic show of Melanesian solidarity for West Papua’s full membership; for the West Papuan people to return to the Melanesian family. I would like to thank all supporters across Melanesia and around the world for our ongoing support for my people and our freedom struggle.

I am confident that at the next MSG summit in Vanuatu, West Papua will return to its rightful place in the Melanesian family of the MSG as a full member. The delay of the granting of full membership was not the fault of the MSG leaders and therefore we should instead continue to address Indonesia’s state brutality towards Melanesian West Papuans.

What is the meaning of Indonesia’s presence in the MSG as an Associate Member while killing, torturing and systematically violating the human rights of Melanesians in West Papua?

We the United Liberation Movement for West Papua (ULMWP) urge the leaders of the MSG to review Indonesia’s Associate member status. As Vanuatu, and Kanaky/New Caledonia’s FLNKS have stated, the Melanesian Spearhead Group is not the right place for Indonesia, especially when they are continuing to illegally occupy Melanesian West Papua and commit genocide against the Melanesian people of West Papua.

In the past few days there has been a surge of human rights abuses against the people of West Papua as the Indonesian authorities have cracked down on the thousands of people who joined mass rallies in West Papua as well as several Indonesian cities; supporting West Papua’s full membership of the Melanesian Spearhead Group. 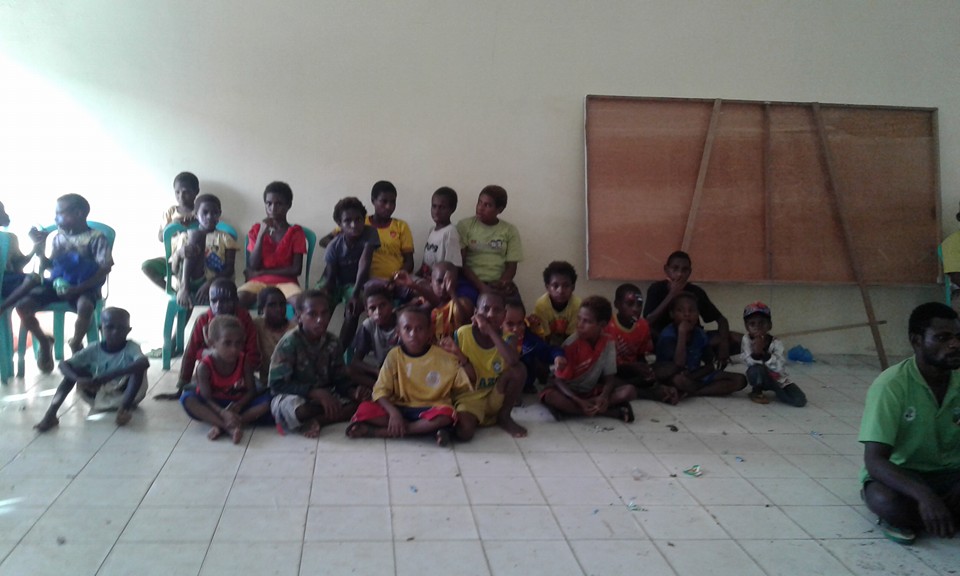 In Merauke the Indonesian authorities reportedly arrested over 300 people, including 39 children, simply for joining a peaceful demonstration in support of West Papua’s full membership of the MSG. Footage has emerged of West Papuan people, including children being taken away in an Indonesian police truck while continuing to call for freedom. Subsequent photos have also shown evidence of  West Papuan children arrested and held in the Indonesian police station in Merauke. What kind of democratic country arrests children and holds them at a police station for joining peaceful demonstrations? What kind of MSG Associate member does this?

In Yogyakarta, West Papuan students demonstrating for full MSG membership had their peaceful demonstrating forcibly dispersed by the Indonesian police and arrested at least 7 students, including Obi Kogoya (20 years old) who was brutally tortured by the Indonesian police and Indonesian nationalists in Yogyakarta. Photo and video evidence has emerged of his brutal arrest, showing Obi Kogoya being slammed onto the ground while expressing his innocence and calling for God to help him. The West Papuan student dormitory in Yogyakarta was also put under siege by the Indonesian police for days with reportedly hundreds of people inside unable to leave or get food. Outside the dormitory, Indonesian nationalists, paramilitary groups and the police joined in a demonstration, screaming racist insults and calling the West Papuan people “dogs”, “pigs”, and “monkeys”.  Even an Indonesian Red Cross ambulance carrying food was stopped from entering the dormitory. What kind of democratic country tortures students like animals for joining peaceful demonstrations and even besieges their dormitory? What kind of MSG Associate member does this?

As well as in Merauke and Yogyakarta, there were other rallies held throughout West Papua and Indonesia which were met with brutality and so these cases are just two examples of the brutal human rights violations systematically committed against the people of West Papua last week.

I  urge the Melanesian Spearhead Group and the world to please look to the suffering of the West Papuan people and the increasingly worsening human rights situation in West Papua. While the Indonesian government proudly claims of it’s democracy, it is increasingly turning to violence in order to suppress freedom of expression in occupied West Papua. Recently the Indonesian Embassy in Canberra, Australia described the MSG as a “sick man” because of it’s support for the people of West Papua. But what is sick? Supporting the people of West Papua and the reunion of Melanesian people? Or trying to cover up the ongoing genocide and illegal occupation of Melanesian West Papua?

Ultimately, we the people of West Papua firmly believe that our Melanesian brothers and sisters will welcome West Papua back into our rightful place of the Melanesian family as a full member of the MSG; rather than allowing the colonial Indonesian government which is committing a genocide in Melanesian West Papua to dictate to the MSG.

I urge everyone to continue to support the people of West Papua to reunite with our Melanesian family as a full MSG member before there are no more Melanesians. Please help us to be safe in Melanesia so that one day we will live in a Free and Independent West Papua once again.