On 12th May The Reverend Socratez Sofyan Yoman, Chairperson of the West Papuan Baptist Church Alliance visited Wellington and met with several members of parliament from New Zealand. 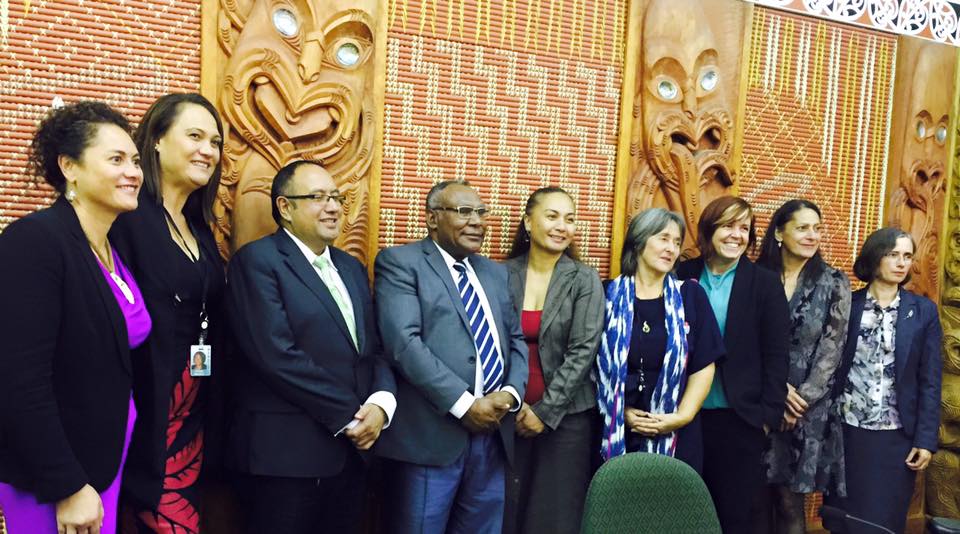 The meeting was hosted by long standing West Papua supporter Catherine Delahunty MP who recently called for a motion in the New Zealand parliament to support the call for an Internationally Supervised Vote in West Papua. Hon. Catherine Delahunty also questioned the New Zealand Foreign Minister Murray Mcully the next day about human rights abuses in West Papua and asked if he would meet with Reverend Yoman. While the Foreign minister declined to meet with Reverend Yoman, he did say that officials from the Ministry of Foreign Affairs and Trade would meet him.

During the meeting with other MPs in parliament, Reverend Yoman gave his account of the sufferings and struggle of the people of West Papua and MPs present pledged their support to supporting the inalienable right of the West Papuan people to self-determination.

MPs pictured with Reverend Yoman are: 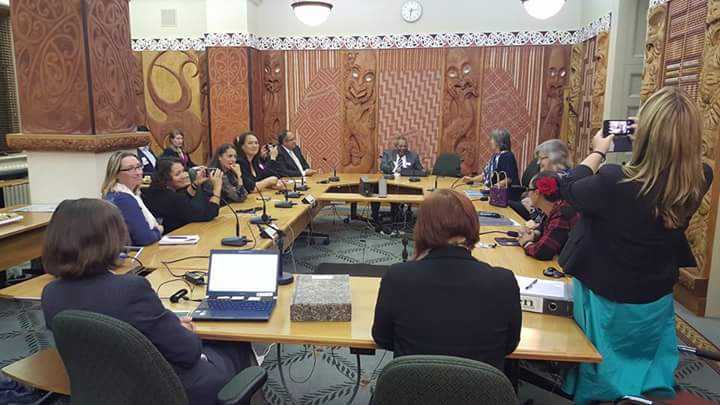 Reverend Yoman was also interviewed by Radio New Zealand and he said in their hearts all Papuans would prefer not to be part of Indonesia.

“53 years under Indonesian occupation. 53 years from the primary school, secondary school, high senior school, university, they get education from Indonesia. But why they still against Indonesia? West Papuans never change their minds about this, they are strong nationalist West Papuan.”

He said abuses against West Papuans by Indonesian security forces have only worsened since his last visit to New Zealand.

You can listen to a Radio Interview with Reverend Socratez Yoman here.