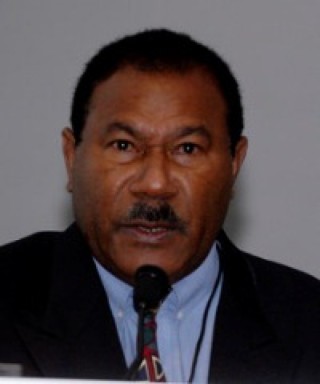 Former Solomon Islands diplomat Rex Horoi is expected to be appointed his country’s special envoy on West Papua at the Melanesian Spearhead Group.

Solomons Prime Minister, Manasseh Sogovare, has intimated that Mr Horoi – the outgoing Director of the Foundation for the Peoples of the South Pacific – will take up the post shortly. He will be responsible for ensuring MSG support for West Papua’s inclusion in the United Nations Decolonisation list .

Under a Solomon Islands plan designed last year, the country was to have appointed a special envoy to lobby Pacific island governments to support West Papua’s inclusion on the list. The Solomon Islands is also expected to appoint Fe’iloakitau Tevi – former General Secretary of the Pacific Conference of Churches – as adviser to the special representative.