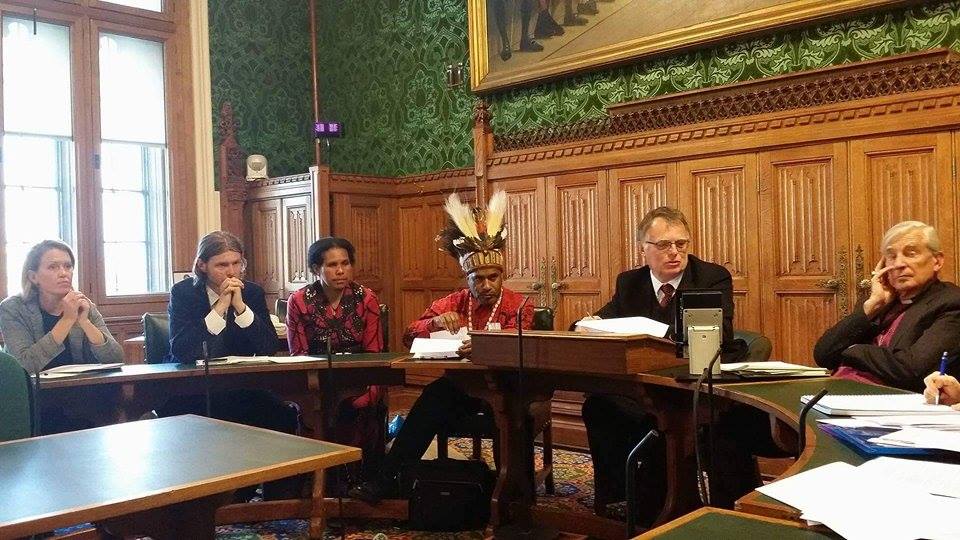 Yesterday, the All Party Parliamentary Group (APPG) on West Papua met to discuss the situation in West Papua and the ongoing struggle of the West Papuan people for self-determination. This is the second meeting of the APPG on West Papua, following its’ historic launching in October 2015.

The members of parliament were briefed about the lack of media freedom as well as the ongoing restrictions on foreign journalists visiting West Papua. They were given examples of foreign journalists being intimidated and having their visa revoked for visiting West Papua; as well as information regarding Human Rights Watch’s recent damning report into the state of media freedom in West Papua. Titled “Something to Hide? Indonesia’s Restrictions on Media Freedom and Rights Monitoring in Papua”, the report details over 25 years of extreme restrictions to journalists and NGOs wishing to work in West Papua. (Indonesia has also dropped in Reporters Without Borders’ Press Freedom Index to 138th out of 180 countries.)

The members of parliament agreed to push more on ensuring that there is full media freedom in West Papua and that foreign journalists have full access.

Following this, the APPG was then briefed on the news that the Indonesian government had ordered all international NGOs to leave West Papua by the end of 2015. The members of parliament were very shocked to hear this disturbing information and agreed to follow up and support the right of NGOs to remain in West Papua.

The APPG was later briefed and agreed to take action upon the deteriorating human rights situation in occupied West Papua. Last year, the Indonesian National Human Rights Commission themselves found that human rights abuses have increased under the new Indonesian President Joko Widodo and that over 700 West Papuan people were persecuted in 2015 alone. The Chairperson of the Human Rights Commission, Natalius Pigai stated that “Almost every week Papuans die because of state violence,”

West Papuan Independence Leader Benny Wenda then briefed the APPG on the developments and advances of the United Liberation Movement for West Papua (ULMWP). As Spokesperson for the ULMWP, Benny Wenda has been very instrumental in many of the continued progress of the movement in raising international support for West Papua’s Independence and fundamental right to self-determination. The members of parliament in the APPG reiterated their support behind the actions of the ULMWP and were keen to know the developments of the movement, including the growing solidarity between Pacific Island nations and West Papua.

Recently, the ULMWP met once again with the Chairperson of the Melanesian Spearhead Group (MSG) and Prime Minister of the Solomon Islands, Hon. Manasseh Sogavare. The Prime Minister reiterated the strong support of himself and the people of the Solomon Islands as well as right across Melanesia for West Papua’s self-determination and freedom. As Chairperson of the MSG, Hon. Manasseh Sogavare is currently undertaking a tour of Melanesian countries however the Indonesian President Joko Widodo refused to meet with him and host him. This prompted Prime Minister Sogavare to release a statement in which said “The decision by the Indonesian president raises a lot of questions as to why it ever wanted to be an associated member of the MSG when he does not want to cooperate in addressing issues of concern to the MSG.”

The All Party Parliamentary Group on West Papua will continue to meet and discuss West Papua and the struggle of the West Papuan people for self-determination after the illegal and fraudulent Act of NO Choice in 1969. 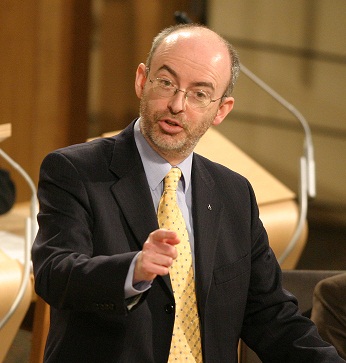 Stewart Maxwell, a Member of the Scottish Parliament and the latest member of the International Parliamentarians for West Papua (IPWP).

We would like to send our sincere thanks and a very warm welcome to Stewart Maxwell, an SNP member of the Scottish Parliament who has now become the latest member of the International Parliamentarians for West Papua.
We wholeheartedly encourage all our supporters to ask their MP or other representative to please join the International Parliamentarians for West Papua and support West Papuan self-determination.