“We Papuans are also executed by Indonesia, just for expressing our desires to be free”

The following is a statement written by Free West Papua Campaign founder and Spokesperson for the United Liberation Movement of West Papua (ULMWP) Benny Wenda, on Indonesia executing foreign citizens as well as hundreds of thousands of Papuans 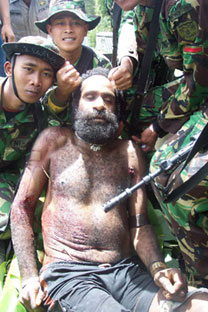 Indonesian soldiers pose smiling with Yustinus Murib, a Papuan they have just killed 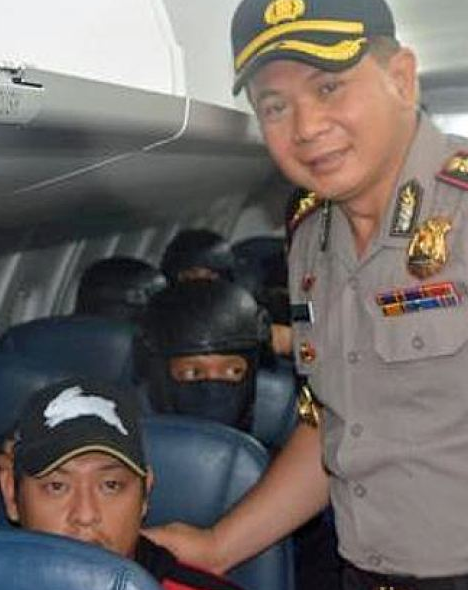 Indonesian police and soldiers smile pose smiling with Andrew Chan, an Australian they are about to kill

I feel that these photos show the world the kind of attitude the Indonesian authorities have towards anyone who opposes them. So many West Papuans like Yustinus Murib are also escorted by smiling and sadistic Indonesian soldiers and police officers, only to be killed like animals at the command of the Indonesian government.

I know that the Australian government is launching an official complaint about the photo of the smiling Indonesian police officer with the Australian about to be given the death penalty for drug smuggling. I hope that the Australian government as well as others throughout the world will also look with the same sympathy and pain at the humiliation and suffering of my people under the Indonesian authorities as well. People all around the world can see the similarity with these sadistic looking photos. The same Indonesian police and military are smiling when they execute Papuans almost every week and the same Indonesian government is refusing to show mercy to the hundreds of thousands of Papuans they kill like animals.

My deep sympathy and pain is with all those who are facing execution by the Indonesian government. Myself and my people know exactly what it is like to face seemingly imminent death at the hands of the Indonesian military.

We West Papuans cannot live under a regime which continues to kill us all the time and happily hold up our dead bodies like animal trophy kills. We will struggle on for the independence of our nation through the fulfilment of our right to self-determination. No matter how many of us are executed, we will continue to campaign to be at last free from this military occupation and terror.

I would like to end this statement with the same words I gave when the Indonesian government executed 6 other people 2 months ago:

Please look to my people’s suffering against the brutality of the Indonesian government. We must not let Indonesia get away with executing people any longer.