Report from Benny Wenda witnessing the Scottish referendum on independence 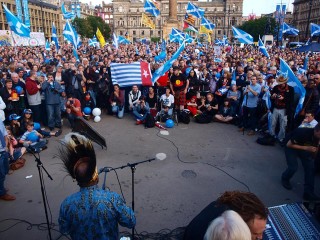 Last Thursday I was invited to witness and and to count the votes in the Scottish referendum on independence. I was able to witness how easy it is to democratically ask the people what they want for their futures. This was what is guaranteed under international law to our people in West Papua. An act of self determination to international standards, which is a referendum, so that we can freely choose our own future. I wish to thank the Scottish SNP, the Radical Independence Campaign and the Scottish people for their invitation to witness their act of self determination and for their continued support.

Here in Scotland we watched as the people were freely allowed to express their own opinion. There was no intimidation, no violence. This is real democracy. No one was threatened to vote one way or another. The UK is now a leading example to other nations of the world in democracy. 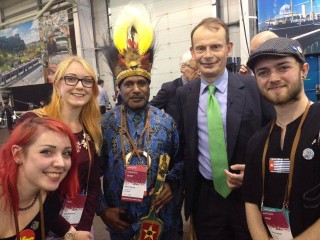 In West Papua all we ask is that we have our right of self determination, to international standards, under international law. So that, like the Scottish people we can choose our own future. Whether we choose to be with Indonesia or to be independent is up to us, the West Papuan people. It is our sovereign right and no one has the right to fraudulently take it away from us. We will never stop until we have our right of self determination.