If you are able to attend the demonstration and willing to take on representing one of the political prisoners then please let us know by emailing office@freewestpapua.org and we will forward you information about the prisoner you will be assigned to represent. 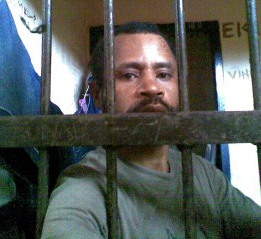 On 2 April 2014 from 12.00 to 13.00, the Free West Papua Campaign will take part in a demonstration outside the Indonesian embassy in London to protest the ongoing detention of over 70 political prisoners in West Papua and to call for their immediate and unconditional release. The demonstration is being organised by TAPOL and will also be attended by Amnesty International UK and Survival International.

According to data from Papuans Behind Bars, the number of political arrests more than doubled in 2013 as compared with the previous year, and reports of torture and ill-treatment of political detainees have also increased. This points to a significant deterioration in the environment for freedom of expression in West Papua. Indigenous Papuans continue to be arrested for peaceful activities such as raising the Papuan Morning Star flag or attending demonstrations and public events that express dissent. Often they are charged with treason or incitement which can carry lengthy prison sentences. Peaceful activists are often charged with criminal violence, backed by fabricated evidence and unreliable testimony. While many political prisoners are in jail as a result of their peaceful political activities, others just happened to be in the wrong place at the wrong time.

It has been asked for demonstrators not to fly Morning Star flags at the demonstration, purely to help get the media to focus on freedom of expression and Papuan political prisoner release. 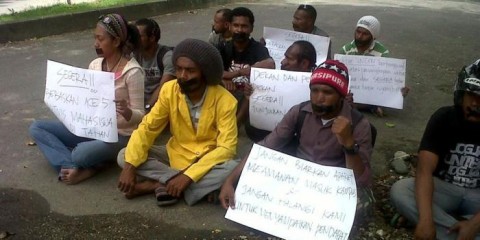