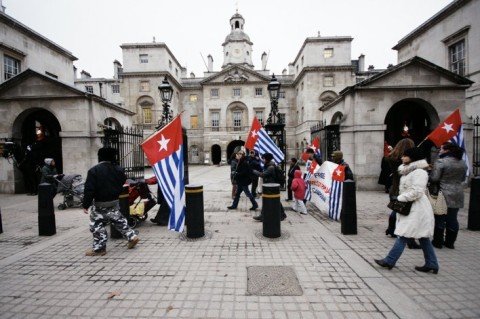 Please join us in London on Sunday 1st December as part of a global day of action for West Papua.

Background: The protest on 1st December is being held in conjunction with rallies around the world – including in The Hague, Sydney, Brisbane, Melbourne, Madrid, Warsaw, Istanbul, Copenhagen, Port Vila, Port Moresby, and in towns and cities across West Papua!

On 1st December in 1961, West Papua was given full independence by the Dutch. Only a year later Indonesia invaded and this invasion has never stopped. Over 500,000 Papuans have been killed.

The demo will start at 12.00 outside the Indonesian Embassy in London and we will protest against Indonesia’s colonial occupation for three hours.

We look forward to seeing you there.

Join us for a protest outside the Indonesian Embassy, London » 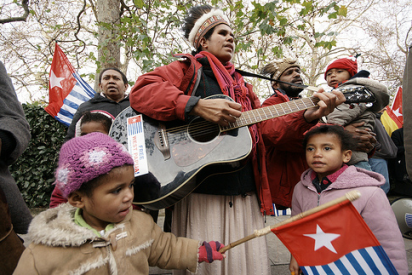