Launch of All Party Parliamentary Group for West Papua 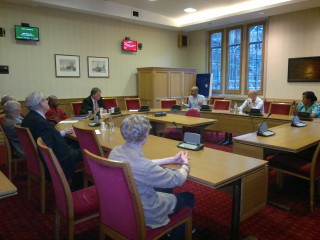 Yesterday  in the Houses of Parliament, London, UK, the All Party Parliamentary Group for West Papua was officially formed and launched with Rt Hon Lord Harries of Pentregath Bishop of Oxford as Secretary of the Group and MP Andrew Smith as Co-Chair.

Other cross party MP’s and supporters were also present at the meeting including distinguished journalists.

Mass protests were carried out both inside and out of West Papua today in support of this meeting and the speech by the Prime Minister of Vanuatu at the UN.

At the start of the meeting, Co-Chair Andrew Smith reiterated the commitment of the group to supporting West Papua as to this day the people of West Papua have still been denied their fundamental rights to self-determination by Indonesia and the international community ever since 1962.

Founder of the Free West Papua Campaign, Benny Wenda briefed the parliamentarians about current affairs in West Papua, regarding the increasing military presence and violence in the country and the fact that the region is still closed off from all foreign journalists and human rights groups.

It was happily reported of the incredible progresses made in regards to support for West Papua by members of the Regional Body, the Melanesian Spearhead Group and the recent speech in support of West Papua at the United Nations by the Prime Minister of the Republic of Vanuatu.

It was agreed at the meeting to continue to pressure the British Government to raise human rights concerns and push for genuine self-determination for the people for West Papua at a UK and UN level and to continue to increase the number of MPs in the all-party group. 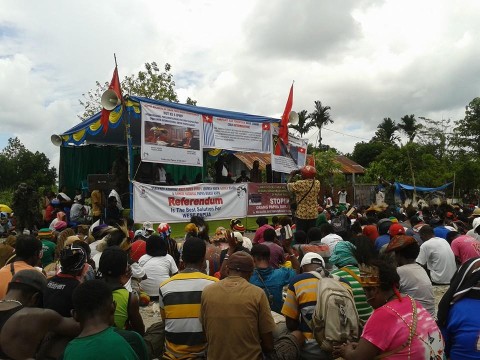 Rallies were held across West Papua in support of the launch

The issue of the Grasberg Mine was also raised at the meeting and it was discussed how to push for UK Members of Parliament to pressurise Freeport McMoran Mining Co as it is actively funding and encouraging the illegal occupation and genocide in Wets Papua.

The future of the Group

We are very happy to report the launching of this group which is ever increasing in British Parliamentary members from all political parties and will continue to meet regularly to discuss how further support for the people for West Papua can be managed.

It is with such meetings that this group and the International Parliamentarians for West Papua as a whole will continue to help to raise support for achieving self-determination for the West Papuan people.

Such high profile political support is only growing for West Papua and will continue to spread throughout the world until West Papua is free.