Study finds at least one incident of torture every six weeks 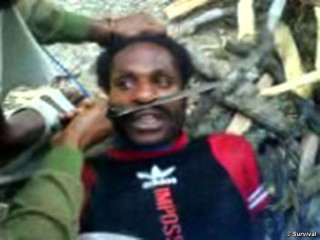 Shocking evidence of the regular occurence of torture in West Papua made international headlines in 2010.

Shocking new research accuses Indonesia of using torture as a ”mode of governance” in West Papua – security forces have committed at least one incident of torture, on average, every six weeks for the past half century, the study has found.

The research, which collected documentation on 431 cases of torture from 1963 to 2010, found that most West Papuans tortured were ”innocent civilians” targeted as part of a ”policy of terror”. In only 0.05 per cent of torture cases reviewed were the accused found to be members of the armed resistance. Victims were most commonly farmers and students.

The research was carried out by Dr Budi Hernawan, a Catholic brother who worked with the Catholic Commission for Justice and Peace in the West Papuan capital of Jayapura for more than a decade. He collected the information on torture from the records of local and international human-rights organisations, churches and anthropologists.

The findings of the research were published today in and article in the Sydney Morning Herald.