We are very pleased to extend the following invitation from the Reading Amnesty International Group: 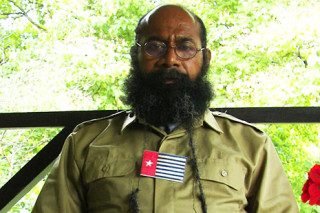 In 2004 Filep Karma was present at a peaceful ceremony where a West Papuan flag was raised, and for this ‘offence’ he was sentenced to 15 years in prison in Indonesia. The UN has ruled that he is illegally detained, and he is considered a prisoner of conscience by Amnesty International.

Our ‘Evening With(out) Filep Karma’ (We’d certainly like him to be with us, if only he weren’t detained in Indonesia.) will highlight the culture and conditions of West Papua.  Speakers will include:

There will also be West Papuan music and food.  Admission is free.

We would be delighted for you to be part of our evening for Filep Karma. 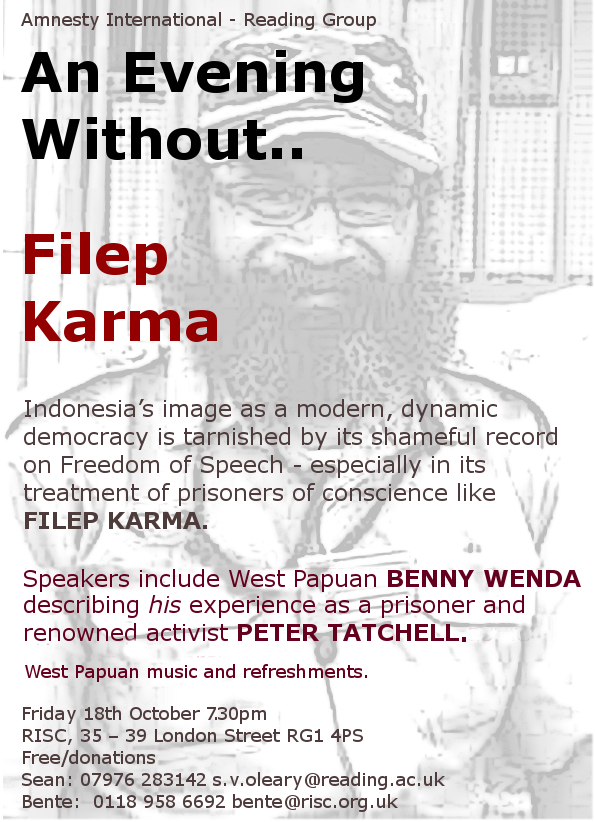