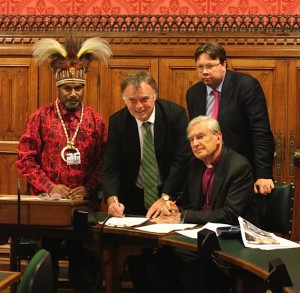 A week before Indonesia’s president Susilo Bambang Yudhoyono’s visit to the UK, Parliamentarians, Peers and civil society organisations gathered at the Houses of Parliament, to discuss West Papua’s right to self-determination, freedom from violence and persecution, and actions to be taken to bring this to the attention of the international community. This year also marks the fourth anniversary of the launch of the International Parliamentarians for West Papua. Since its inception, the organisation has grown to almost 100 parliamentarians from around the world. 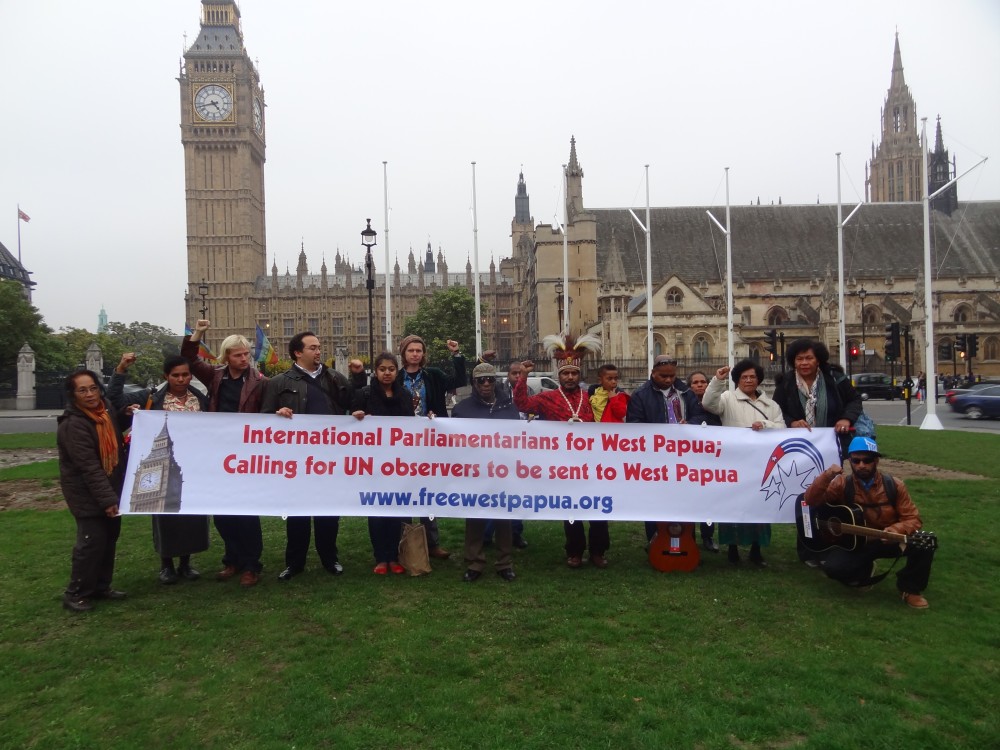 With the upcoming state visit of the Indonesian President to the UK (31st Oct – 2 Nov 2012) journalists will be briefed and MPs will put questions to the UK Prime Minister at question time. They will also brief him and the Foreign and Commonwealth Office with questions that need raising with the Indonesian President, in regards to the need for an independent investigation into the killing of the KNPB leader Mako Tabuni, the lack of access for media and NGOs in West Papua, Filep Karma’s 15 year jail sentence for raising a Flag, the President’s responsibility for the human rights violations in West Papua, and the suffering to the Peoples of West Papua through natural resource extraction.

IPWP Members in the UK will ask parliamentary and FCO questions on the UK Government’s involvement with the Indonesian Police Anti Terrorism Unit, based in West Papua, Detachment 88. This is in response to confirmation that alongside US and Austrailian funding, the UK has provided £400,000 to Jakarta Centre for Law Enforcement Cooperation (JCLEC) since 2005. Funds from this go directly to the training of Detachment 88 which has been accused of human rights violations in West Papua against independence activists.

Amnesty International members have highlighted the military impunity and human rights situation in West Papua in letters to their MPs, successfully encouraging them to sign the declaration and join IPWP. New IPWP members are always welcomed.