A new petition calling for United Nations Human Rights inspectors to be allowed access to West Papua was set up by a supporter a few days ago and has already recieved over 80,000 signatures in under 1 week. 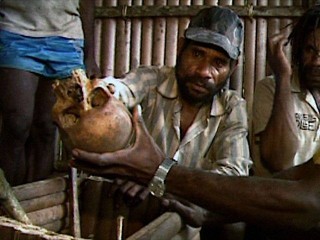 “Over 500,000 civilians have been killed in genocide against the indigenous population. Thousands more have been raped, tortured, imprisoned or “disappeared” after being detained. Entire villages have been demolished, entire generations wiped out. Basic human rights such as freedom of speech are denied and Papuans live in a constant state of fear.”

“The ban on foreign journalists and humanitarian organizations keeps the world from knowing the atrocities that are being committed against the indigenous population. International humanitarian agencies and non-governmental organizations have been pressured to close their field offices and leave West Papua. Access for UN human rights observers has been closed for eight years. And access for journalists, humanitarian agencies and human rights observers is often denied.”

We are very encouraged to see this significant petition gaining incredible momentum in just a few days and we encourage people everywhere to please sign and share it with your friends and family.

Together, we will get the UN to act and find out the truth about the genocide and illegal occupation of West Papua. #FreeWestPapua