Chairperson of the United Liberation Movement for West Papua, Benny Wenda, was interviewed on Channel 4 News in the UK today regarding his experience with the unfair use of Interpol Red Notices.

In a story about the Kremlin denouncing what it calls “western meddling” in an election,  Britain and the United States are urging the international police agency Interpol not to elect a former Russian interior ministry official as its new chief. Liberal Democrat leader Sir Vince Cable says that if Alexander Prokopchuk is appointed, it will be like turning Interpol into a “branch of the Russian mafia.” 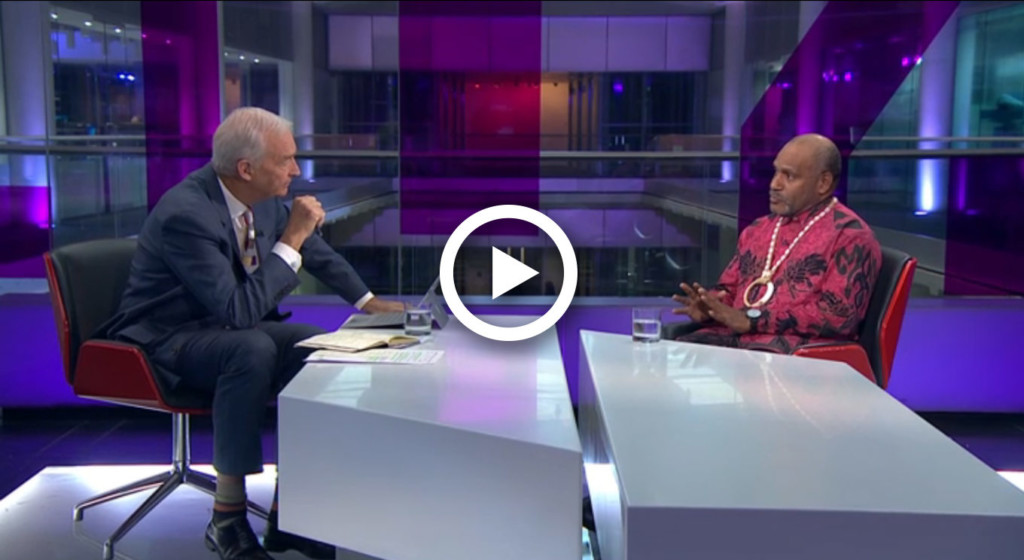 Because of Wenda’s history with the Indonesian government’s abuses of power, and constant efforts to oppress him and the people of West Papua, he is one of the few people in the world who can speak to the unique experience of having a government misuse their Interpol member status.

In 2003 Wenda became an escaped political prisoner. After fleeing his homeland West Papua, he was granted political asylum by the British government. As his campaign efforts to secure support for West Papuan independence began to have worldwide impact, the Indonesian government sought to have him extradited back to West Papua by issuing a Red Notice through Interpol in 2011.  Among the seven types of international notices, a red level notice indicated that Wenda was considered the highest level threat to Indonesia and his arrest should have been immediately prioritized.

As the Red Notice threatened Wenda with arrest, and possible extradition if he traveled to any one of Interpol’s 192 member states, it also gave him an opportunity to present the facts of his case. A fair trial with adequate legal representation was a right he was denied in his home country.

Interpol’s constitution, Article 3, prohibits the international policing organization from becoming involved in matters of a predominantly political nature. After an assessment of his case in 2012, Interpol rescinded its Red Notice. Wenda then remained free to live in exile in Britain and travel the world without restriction.

In a statement about the resolution of Wenda’s Interpol case, Jago Russell, of the campaign group Fair Trials International announced that Interpol had agreed that Indonesia’s case against Mr Wenda was “predominantly political in nature” He further stated “Interpol should be used to fight serious crime but Indonesia has been misusing it to threaten a peaceful political activist.  We are delighted that Interpol has now woken up to this abuse, but Benny’s case is not unique and safeguards are needed to stop other countries misusing Interpol and destroying lives and reputations in the process.” 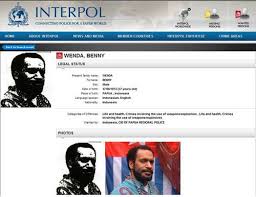