The Asian Human Rights Commission (AHRC) has condemned a brutal attack against journalist Saldi Hermanto in Timika, Papua, and called for a campaign of letter protests. 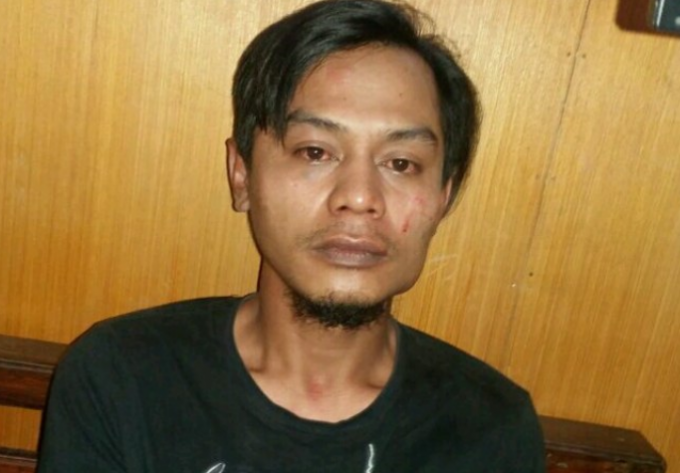 Hermanto was attacked by the police after he criticised on Facebook the police handling of security at an entertainment show he attended.

Although the Mimika police chief pledged to “properly settle” the case, the public and media should monitor and ensure that the case was not merely settled by the internal police mechanism, AHRC said in a statement.

“The perpetrators must be criminally prosecuted,” it said.

AHRC’s case narrative said that on Saturday, 11 November 2017, at 10:50 pm, journalist Saldi Hermanto and his child were enjoying an entertainment show in the night market of Timika Indah, Papua.

As the show was going on, suddenly there was chaos among the audience. Subsequently, Hermanto wrote on his Facebook wall criticising the police failure to secure the entertainment show and guarantee security for visitors.

Hermanto’s criticism angered the police officers, some of whom felt he had humiliated and offended the police institution.

Search for journalist
Some six to eight police officers of Mimika Police Office (Polres Mimika), then searched for Hermanto.

Finally, they found him in a small post where many journalists usually gather and send news to various media, located in front of the Mimika Traffic Police Unit of Mimika Police Office (Kantor Satuan Lalu Lintas Polres Mimika).

The police officers then brutally attacked Hermanto, they beat him repeatedly and brought him inside the integrated police post, the AHRC report said.

“The brutal attack caused serious injuries on Hermanto’s face and right rib, and Hermanto had difficulty breathing after the attack,” the report said.

The protesters demanded that the chief of oolice of Mimika Police Office, Police Superintendent (AKBP) Viktor Dean Mackbon, “fairly and properly investigate” the brutal attack and violence against Saldi Hermanto, a journalist of Salam Papua and Okezone.

In responding to the protest, AKBP Dean Mackbon stated that nine of 13 police officers who had been examined, were detained for further investigation related to the attack.

Two investigations
In addition, AKBP Victor stated that the there would be two investigation processes, both internal and criminal prosecution. He also apologised to the journalists and promised to settle the case.

The AHRC notes that violence against journalists continues in Indonesia.

Another recent case occurred on 20 October 2017, when police brutally attacked Panji Bahari, a journalist of Banten Post in Banten province.