The screenings have been organised by Australian activist Emma Capp who says “Because of the media bans within West Papua and Australia, the majority of people in this country don’t know anything about the intense suffering of these people just off our shore.”

The screenings will be followed by a Q&A with Rex Rumakiek (ULMWP) from Canberra and Matthew Jameson who has been involved in the campaign for many years, from Byron Bay. There will be shirts, hoodies and information available on the night. Proceeds of this special film screening will go to the United Liberation Movement of West Papua (ULMWP). It will directly help its five executives to attend the UN General Assembly and Decolonisation Committee, held in New York in September this year.

More information on the night is here. Watch the film trailers below: 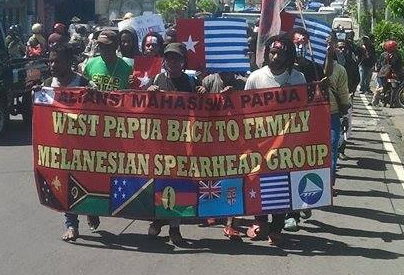 Please forward this sample email to your government representatives asking them to support West Papua’s bid to join the MSG.