History for West Papua was made at the United Nations General Assembly in September as a record breaking seven Pacific Island nations raised the plight and struggle of the West Papuan people.

This incredible show of Pacific Island solidarity is a landmark moment in the West Papuan struggle for self-determination, which until now has remained largely forgotten by much of the world.

Thanks to the Pacific progress at both the regional body, the Melanesian Spearhead Group, and the formation of the Pacific Coalition for West Papua, countries have been taking up the issue of West Papua with the United Nations for intervention.

Here’s a breakdown of which countries stood up for West Papua at the UN General Assembly, and what they said.

“Nauru is deeply concerned regarding the situation in West Papua including the alleged human rights abuses. As emphasized in the Pacific Islands Forum Communique. it is important that there be an open and constructive dialogue with Indonesia on this matter.” 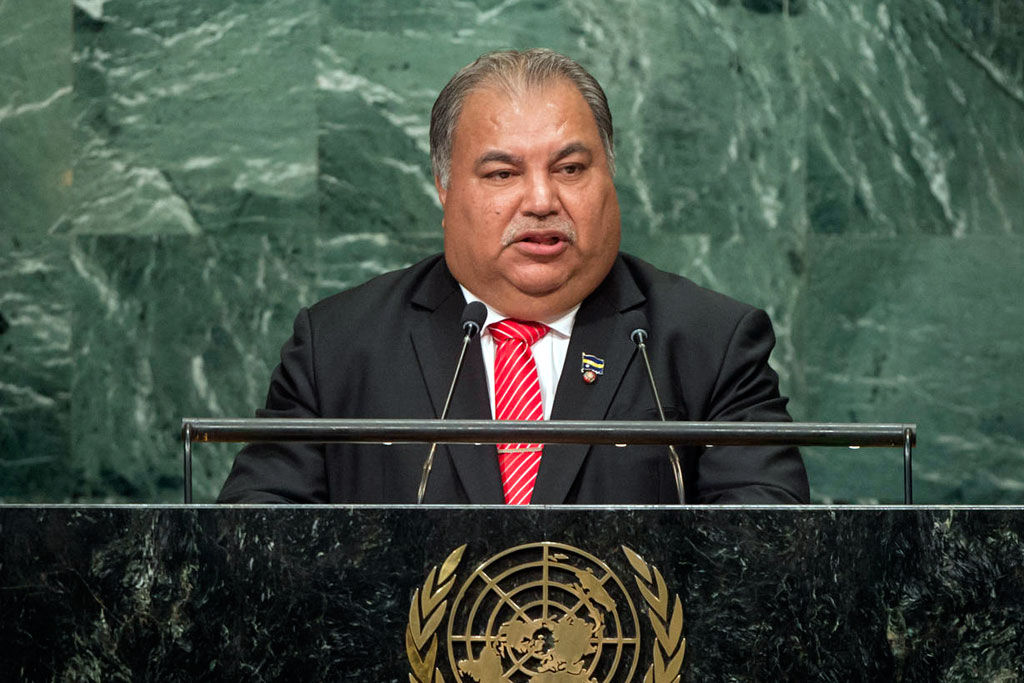 The President of the Republic of the Marshall Islands, (another Micronesian country) Hilda Heine was the next leader to addressed the General Assembly about West Papua and said,

“Given the importance of human rights to my country I request that the UN Human Rights Council initiate a credible and independent investigation of alleged human rights violations in West Papua.” 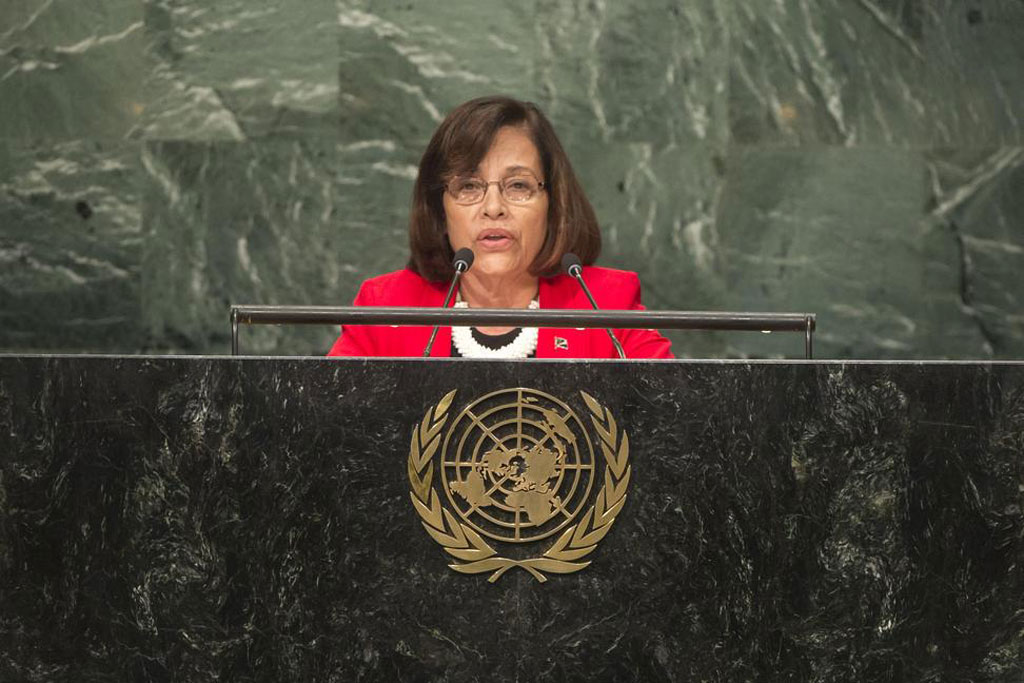 President of the Republic of the Marshall Islands, Hilda Heine

“The principle of self-determination must also be respected and honoured. The violation of human rights in West Papua and their desire to achieve self-determination is a reality. This great body cannot and must not ignore these deplorable situations, it must not hide behind the guise of the principles of non-interference and sovereignty.” 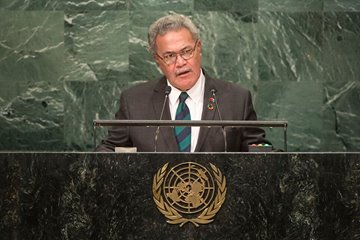 “The people of West Papua have turned towards the United Nations and they are looking for a light of hope a hope for freedom and exercising their own rights upon their own land to freely affirm their identity. I urge the United Nations to make this one of its initiatives of Human Rights above all.” 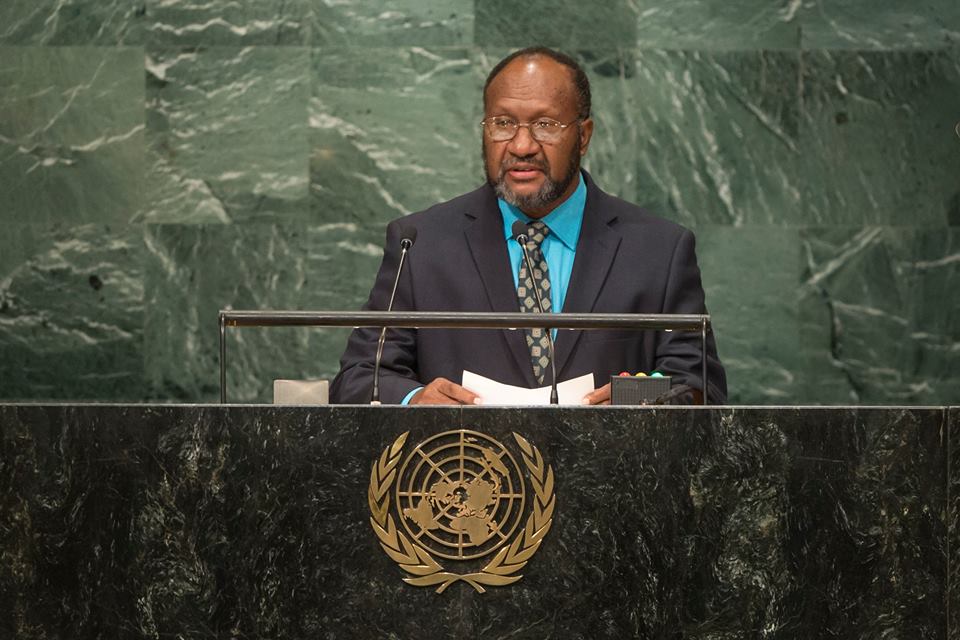 After Vanuatu, the Prime Minister of the neighboring Melanesian nation of Solomon Islands, Hon. Manasseh Sogavare spoke once again at the UN General Assembly about West Papua, saying,

“Human Rights violations in West Papua and the pursuit for self-determination for West Papua are two sides of the same coin. Now if the jurisdiction of sovereignty rests on a series of decisions that are questionable then there is a case of legality of the argument of sovereignty as is the case of the New York Agreement and the Act of Free Choice.” 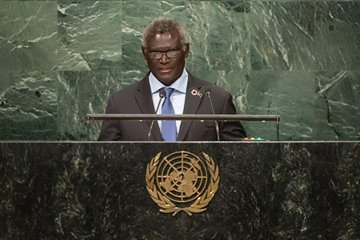 “We express for the welfare of the Pacific peoples that are residents and citizens of West Papua… Last year on this same podium I stood here and spoke about human rights abuses taking place in Indonesian ruled West Papua. In the year that has passed nothing appears to have changed in that place. ” 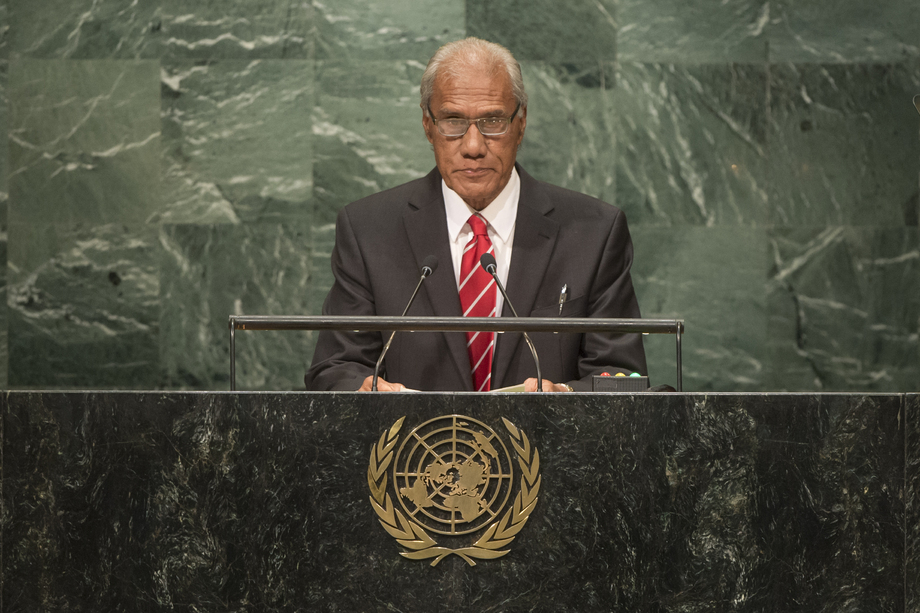 Finally Dr Caleb Tyndale Okauchi Otto who is the permanent representative of the Republic of Palau (a Micronesian country) to the United Nations said “We join with others to advocate for a resolution to the problems in West Papua through in-depth and constructive dialogue”. 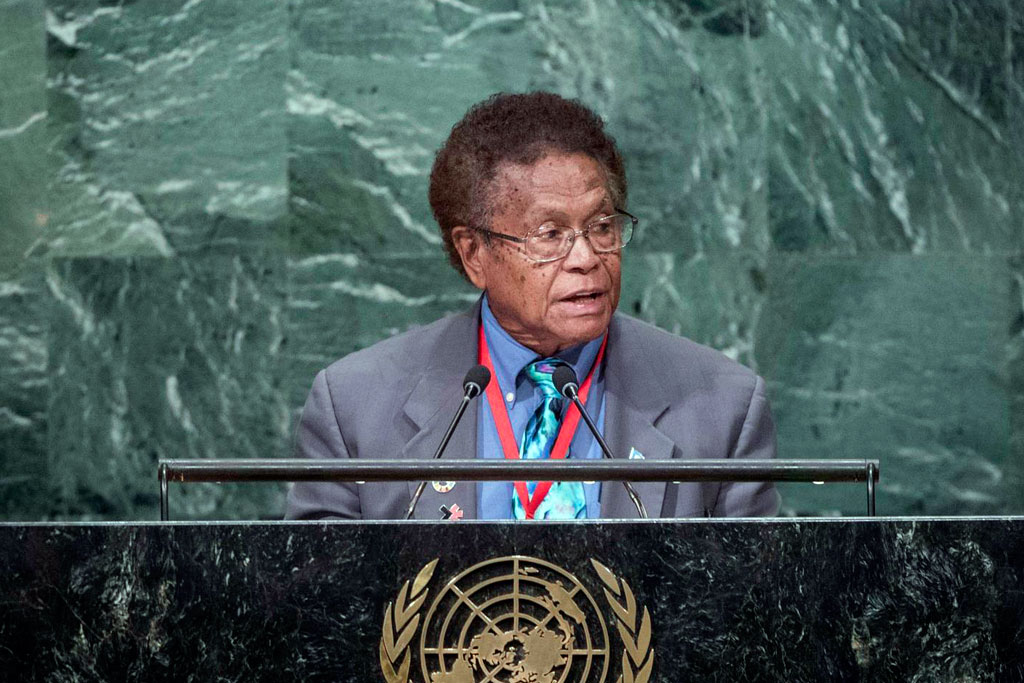 A message of encouragement

This is a truly incredible moment in the history of West Papua. With all our hearts we would like to truly thank the Leaders of the Pacific, people across the Pacific and people everywhere around the world for all your support. These incredible actions at the United Nations directly reflect the increasing calls from people across the globe to support the people of occupied West Papua. It was the United Nations which promised West Papua a REAL choice on Independence with a vote (referendum) on self-determination for all West Papuan adults. It is the time of all nations around the world such as these 7 to remind the United Nations to fulfill its promise at last.

We encourage everyone to keep up all your great work in spreading the #FreeWestPapua message, telling your friends, your family and your political representatives about the secret genocide and illegal occupation of West Papua.

In the last year we have gone from just 1 country supporting West Papua to at least 7 countries and more support continues to grow every day! We urge you all to keep your spirits up and to keep positive. One day West Papua will be free! 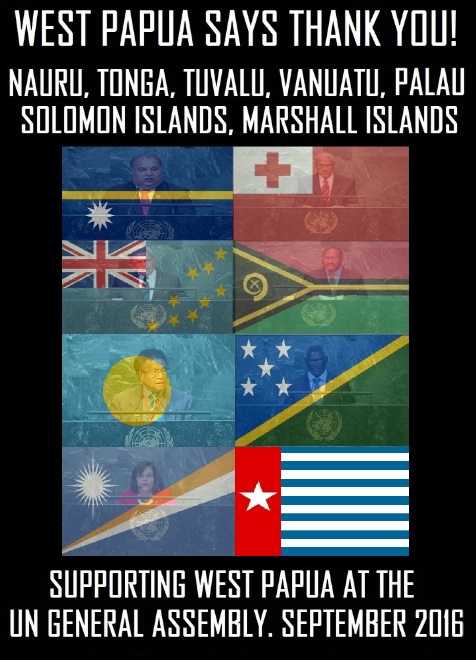