Rize of the Morning Star Presents ROCKIN FOR WEST PAPUA

The Free West Papua Campaign is happy to announce that the first GLOBAL PEACE CONCERT being held for West Papua is starting NOW!!!

Please go to our Rockin for West Papua Facebook page to follow all updates and events, and get involved!

Since 1963, an estimated 500,000 West Papuans have died at the hands of occupying Indonesia. That’s 25% of the population.While the Indonesian government continues to persecute any West Papuan that calls for freedom, foreign governments do nothing. The situation has been largely ignored by the international community for the last 50 years, because all foreign media and NGOs are banned from entering the country. This creates a problem faced by few other global causes. How can you change anything when very few people are aware of the situation in the first place?

In collaboration with Rize of the Morning Star, and the legends behind the award winning Punks for West Papua Documentary,  Rockin for West Papua is a worldwide music collaboration where musicians are performing in cities around Australia, UK and South Africa (so far!) this October to help bring West Papua to a global audience. To get involved, please scroll down for more info.

These legends are performing for PEACE for WEST PAPUA in a city near you soon, so show them your support, and spread the word people!

***MORE GLOBAL CONCERTS TO BE ANNOUNCED SOON******** and further dates in December & 2017 to be announced. Get in touch if you’d like to be involved. 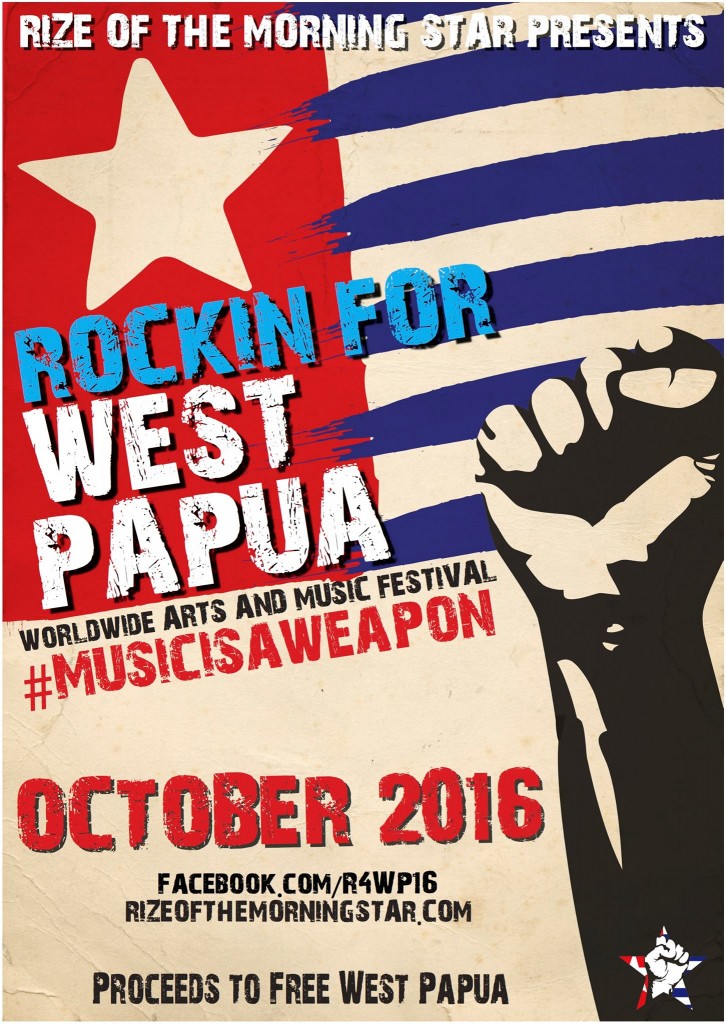 What you can do to get involved:

Music has played a key role in spreading the message and building solidarity and support for West Papua, but we need more musicians to add their voice and energy to the movement.

“We stand for Peace, Freedom and Self Determination in West Papua. We believe that music can rise above tyranny, we believe that we can fight with music as our weapon, and we believe we can use it to unite, to mobilise and resist oppression”. Ronny Kareni 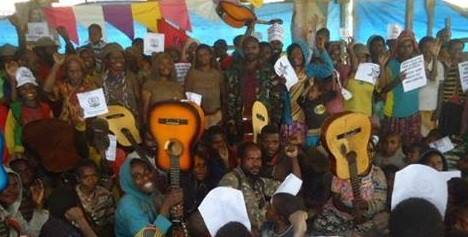 West Papuans in Paniai raise their guitars and fists in the air during a show of support for West Papua’s full membership of the Melanesian Spearhead Group (MSG). 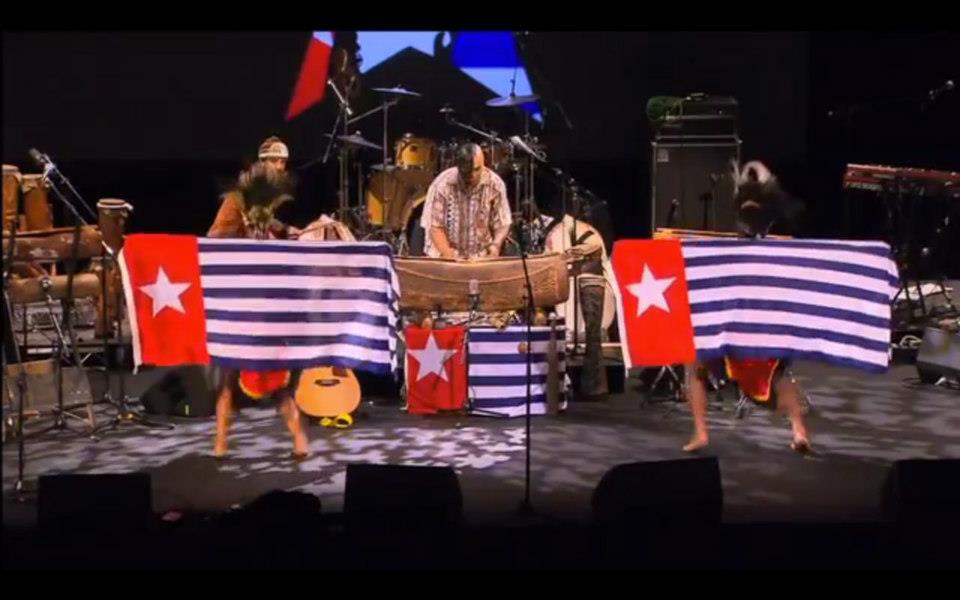 Please do get in touch with us if you have any questions, ideas and any contacts in the music & arts industry that we can invite to participate.