An article has recently been published by the Guardian, exposing some of the institutionalised violence against women in West Papua. 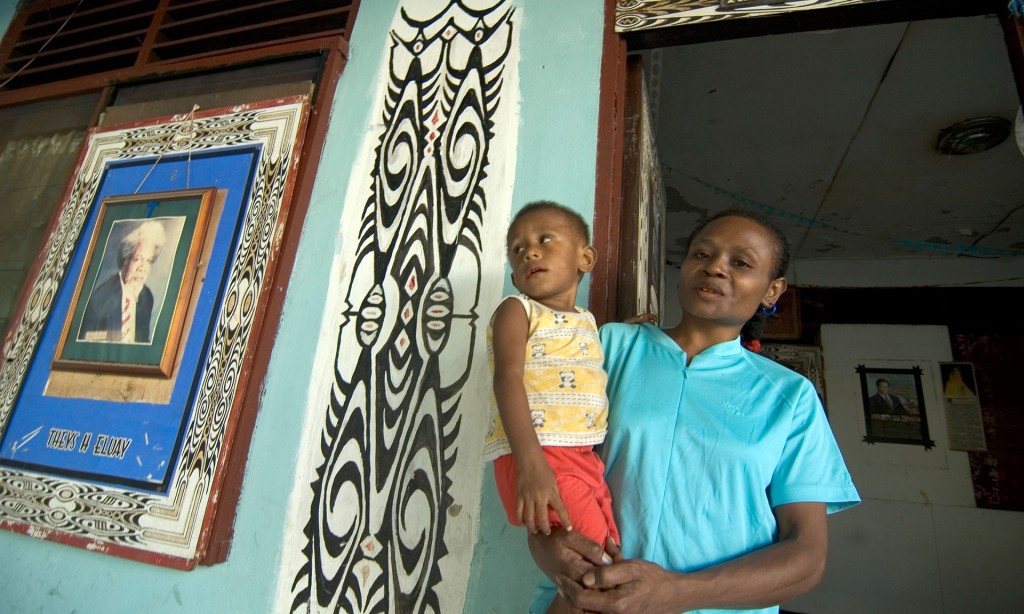 A woman in Jayapura, West Papua, holds the grandchild of the murdered independence leader Theys Eluay, who is seen in the portrait to her right. Photograph: Idealink Photography/Alamy

The article documents many human rights violations against women and also mentions how West Papuans were denied their right to a referendum on self-determination in 1969, leaving West Papuans under illegal Indonesian occupation ever since.

Detailing examples of the ongoing violence, the article describes:

“In 2009, a group of West Papuan women documented patterns of violence in a report entitled Enough is Enough! Testimonies of Papuan Women Victims of Violence and Human Rights Violations 1963-2009. The study details how women have experienced and resisted violence along a trajectory of two distinct, but intertwined struggles: the struggle imposed on them by Indonesian occupation, and the struggle within their indigenous culture and society.

The introduction to the report read: “We have experienced rape and sexual abuse in detention, in the grasslands, while seeking refuge, no matter where we were when the army and police conducted operations in the name of security. Furthermore, in our own homes we repeatedly have been victims of violence. When we cry for help, they say, ‘That’s a family matter, take care of it in the family.’”

The hope was that the broad pattern of violence against women could be exposed and addressed.

Unfortunately, little has changed for West Papuan women since the report was published in 2010. Ferry Marisan worked on the study and is the director of the Institute for the Study and Advocacy of Human Rights in West Papua. Marisan says that, though the report was distributed to parliamentarians and various state institutions – including the provincial government of Papua province, regency and municipal governments, police and the military – the government still fails to protect the rights of women, and violence continues.

As West Papuans remain under Indonesian rule, women’s rights will continue to be caught in the middle. Groups supporting self-determination recently came together in the United Liberation Movement for West Papua, a broad coalition looking to press their case within West Papua and internationally. For an end to the violence, and especially for the women of West Papua, independence must be taken seriously.”