For Peace and stability Police must face justice for Tolikara shooting 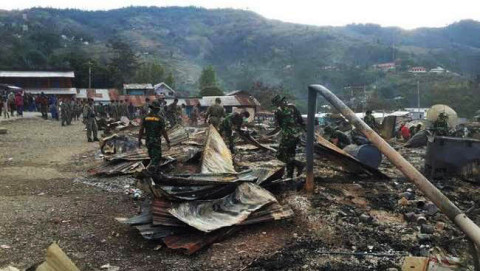 Security forces at the site of the shootings in Karubaga, Tolikara, West Papua. Credit: Dok Istimewa/WMS

Widespread and growing criticism of the shoddy way in which the Tolikara situation in West Papua has been handled by the security forces, has now reached the door of President Joko Widodo.

With the post-mortem of the situation now well under way, observers and investigators are examining the conflicting testimonies of those involved as new evidence still emerges. A spokesperson for Evangelical Church of Indonesia (GIDI) has confirmed a letter was sent informing the police about their conference a week in advance.

Pekanews.com reported 22 July, State Intelligence Agency (BIN) chief Sutiyoso claimed that BIN had warned local authorities that conflict was imminent on July 11, a week before the shootings. So why then did police do nothing to avert the conflict? If they had information that it was going to happen, why did they not act to defuse the situation?

Among all the rumours surrounding the Tolikara case one fact is clear – the police shot dead a 15 years old boy called Endi Wanimbo, and injured 11 others – some of whom are still awaiting emergency treatment. ANTARA News reported 19 July that National Police Chief General Badrodin Haiti visited the crime scene in person, where he admitted that the police had opened fire during the incident.

Widodo has rightly said that the rule of law needs to be adhered to. But he has failed to say how in this case (and countless others in West Papua), the rule of law will be applied to lawbreakers within the Police and security services themselves. The Police are members of society too and should not and must not, be allowed to place themselves above the law. For far too long they have done so with impunity and Widodo must address this by cleaning up the Police service. 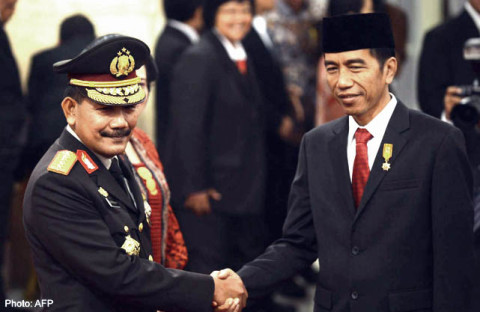 The police need to play a role of protecting the right of all religions to assemble for worship, not to start violence. By opening fire with live bullets they escalated the conflict. If as some claim, this was part of a wider police plot to stir-up conflict and draw criticism by Muslim hardliners of Christian Groups, then it was both reckless and irresponsible, because it has the potential to spark widespread conflict throughout Indonesia.

Ultimately responsibility for the matter rests with President Widodo. Can the President seriously continue to support his Security Chiefs (such as Tolikara Police chief Adj. Sr. Comr. Suroso), if their actions have stirred up ethnic and religious hatred? This threatens the peace, not only of West Papua but the stability of Indonesia too.

From generation to generation Christians have not had any violence or conflict with Muslims living in West Papua so why now? Was this incident designed to distract attention from the main question – that the West Papuan people are now ready to take control of their own destiny? Was this trouble fomented because West Papuans now have demonstrated their self-determination by joining the Melanesian Spearhead Group?

Widodo needs to act fast and far more robustly to stop the rot that is clearly running through the security and police forces. So far his statements have fallen well short of addressing the matter in a way that builds trust and reassures the general public such that a crisis is averted. 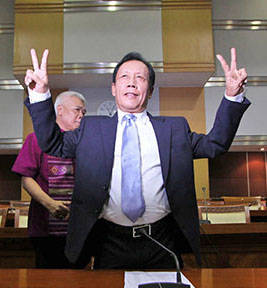 Is State Intelligence Agency (BIN) chief Sutiyoso really a peacemaker? Or did he ignore the warnings to stoke the conflict? Credit: Rappler.com

Given the high levels of mistrust the public have of the police, it is clear that an investigation must be undertaken by an independent and credible third party which is considered neutral and widely trusted. Unfortunately this may be impossible to find within the Indonesia establishment. Because West Papuan people continue to suffer state oppression they are understandably suspicious of the intentions of the Indonesian Government.

The President should consider inviting police and legal representatives from the United Nations. He could also invite investigators from another country in the region such as Vanuatu, The Solomon Islands, Australia or New Zealand.

However the first step that Widodo needs to take to maintain his own credibility and ensure the stability of the country, is to remove those Security Chiefs responsible for creating this mess – Haiti, Sutiyoso, Mende and Suroso have to go. The sooner they are removed the better, for the stability of West Papua and also Indonesia. Widodo must ensure that justice is seen to be done.