ILWP launched in the Netherlands

On 19th November, 2014, the first steps were made for the International Lawyers for West Papua (ILWP) in the Netherlands as the new Dutch chapter of the organisation was launched in Den Haag/The Hague. 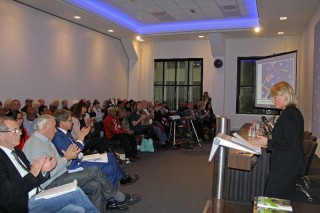 The launching was a great success and the Free West Papua Campaign is delighted to see the very strong support for West Papua from so many lawyers in the Netherlands. The ILWP declaration states that members are committed to assisting the indigenous peoples of West Papua to exercise freely and peacefully their right to self-determination.
The event, which took place in the Nieuws poort Press Centre in The Hague was attended and spoken at by ILWP Co-founder Jennifer Robinson and Free West Papua Campaign founder, Benny Wenda who was a nominee for the 2013 and 2014 Nobel Peace Prizes. The program was supervised by Fadjar Schouten Korwa, who will be helping to coordinate the new ILWP NL chapter. A panel discussion also took place, led by Griselda Molemans, with panelists Aad Kamsteeg (journalist), Albert Knigge (Lawyers4Lawyers), Vien Sawor (West Papua Courier) and Fried Rycke Haijer (NJCM ). You can watch a recording of the Livestream which was filmed during the launching here and more photos of the event can be seen here

With this historic first launching, a significant milestone was made for the West Papuan struggle as a whole as it is the first time such a wide selection of Dutch and West Papuan lawyers have come together to support and plan action for ensuring the human right of the West Papuan people to self-determination is finally fulfilled. Our thanks go to the people who have supported and ILWP have contributed to make the event a huge success. Thank you all. 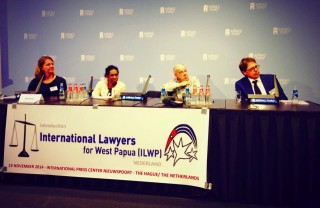 To show their support for the launching of ILWP NL, thousands of West Papuans held mass peaceful demonstrations in all corners of the country. Over 100 photos of the day can be found on our Facebook Page.
Demonstrations were also held on 19th as it is exactly 6 years to the day that the mass peaceful civil movement, the West Papua National Committee (KNPB) was formed. The KNPB organised demonstrations to be held in Port Numbay/Jayapura, Biak, Timika, Manokwari, Lapago/Wamena, Pakpak, Sorong, Dogiyai, Merauke, Kaimana and Nabire.

West Papuans in Nabire support the launching of ILWP in the Netherlands. In Nabire and Dogiyai, 3 Papuans were shot and 25 arrested by the Indonesian police just for attending the gathering

In all regions where the demonstrations were held, they brought gathered together mass solidarity from the West Papuan people in their unified desire to show their support for those who are advocating their freedom at the international level. Papuans continue to come together from all corners of the country to show their unbreakable desire for the freedom of their people. 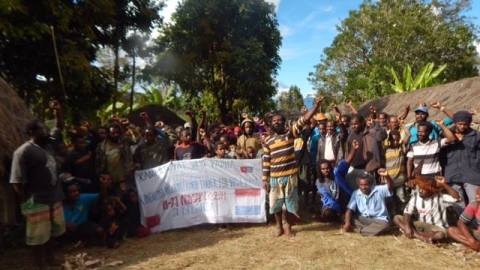 It is a desire which will one day be fulfilled and with organisations like the ILWP supporting this struggle internationally, West Papuans are full of hope at their freedom.

We continue to appeal for international solidarity with the West Papuan freedom struggle and we would like to thank you all for all the incredible awareness raising, lobbying and other help which you all consistently show. Please  do continue in this noble work, and find out new ways to Take Action for West Papua.

With your help, West Papua will be free